See other Half Marathons in January

About Key West Half Marathon

There will be water at the start & finish line and approximately every mile along the course.

The finish line will remain open for 4 hours. Participation support (aid/water stations,volunteers, course marshals etc.) will not be guaranteed after that time and you must adhere to local pedestrian rules (sidewalks etc.).

Ample parking within a block of start/finish area if you arrive by 5 am. We strongly suggest you arrive by taxi or bicycle. City of Key West lots: Corner of Grinnell/Caroline and Margaret/Caroline, Conch Harbor Marina. Mallory Square lot and Westin lots are within 1/4 mile of start/finish. City parking lots are free on Sundays till 12 Noon.

Starting at the second water station: Ultima Replenisher will be at every station.

We use a bib chip system with chips affixed to your bib. Please do not fold the bib and please wear bib outside of clothes or you may not get timed. Awards: Are there Group Rates: Parking: 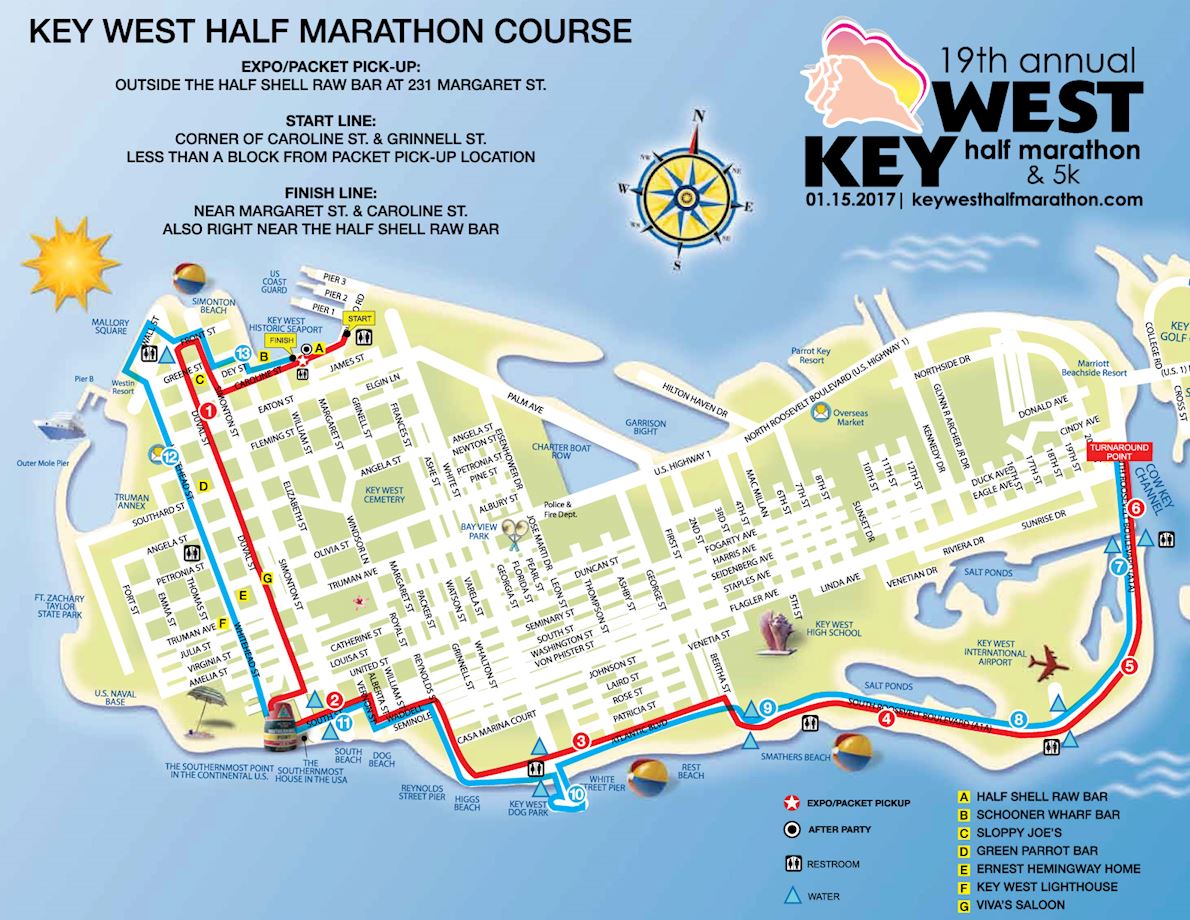 The course for the race takes participants mostly around the edge of this, the easternmost island in the Florida Keys, and includes a bridge crossing over Key West’s Cow Key Channel to Stock Island and back, for a run around the Key West Golf Course and Country Club.

There’s also a stretch of the race that unfolds through CB Harvey Rest Beach Park near the White Pier, where you can get spectacular views of the sunset later in the day.