About "LIVE" or VIRTUAL BANJA LUKA?

Take part in one of our races and enjoy the unforgettable, unique Finish in Kastel fortress, an old Roman fort with local, music, food and drinks.

The City of Banja Luka is an undiscovered jewel in the heart of Balkans. Its long green alleys, the surrounding greenery, the river Vrbas with its unique vivid green color, along with the medieval fortress in the city center pleasantly surprise anyone who comes to Banja luka for the first time. Banja Luka Half-marathon is a race that will take you through all of these beauties, and bind you to this place for the times to come. By participating in our half-marathon, you will become a part of an unforgettable story, the story about one city and the people who came to meet here and make friendship ties that will last for the rest of their lives.

As one of the most significant sporting events in the City on the river Vrbas, Banja Luka Half-Marathon was first declared the sport’s manifestation of 2015, after which it was included in the sports development program of Republic of Srpska. With over 5.000 participants, 2nd Banja Luka Half-marathon has justified the awards and recognition by breaking the records of the previous year. On 8th of May, over 500 runners from the region and the rest of the world, along with the 4 Olympic runners and 40 elite ones ran the half-marathon in Banja Luka. Beside the half-marathon race, the first 4-person relay half-marathon was run on the city’s alleys and roads.

The first relay race gathered 70 teams, respectively 280 runners. The three-kilometer-long pleasure race, titled Nektar Fun Run, was run by over 3.000 citizens of Banja Luka, whereas approximately 10.000 of our fellow citizens rooted for the racers on the lane. With a desire to present the half marathon as a sports holiday in Banja Luka, we've managed to build the brand which placed our city on the world map of marathon races, welcoming all sports fans, professionals, amateurs and people who are looking for the new friendships, fair play, and fun.

Getting to Banja Luka andVisa requirements for Bosnia and Hercegovina

Visa requirements:
Citizens from many countries can come to Bosnia without a visa. If you are from a country which requires a visa to enter Bosnia AND if you have a valid schengen visa for the EU, you are allowed in Bosnia for 15 days.
Here is a link for information that has links to official Bosnian embassies
http://www.projectvisa.com/visainformation/Bosnia-Herzegovina

Getting to Banja Luka Options:
1.   Arrive in Sarajevo, Bosnia and take a train to Banja Luka.  The train takes approximately 3 – 4 hours and it is very comfortable.  No borders to cross in transit.
2.  Arrive in Zagreb, Croatia (in the EU) and either rent a car or take a bus to Banja Luka.  If you rent a car, it is approximately a 2-hour drive and is mainly highway—very convenient.  Driving that trip is very smooth, not so much traffic and very organized.  There is one international border to cross into Bosnia.  The bus takes about 4 hours, due to stops.
3.   Arrive in Belgrade, Serbia.  two options:
a.)  take an AirSerbia flight from Belgrade to Banja Luka  (flight time approximately 35 – 45 minutes) which eliminates any border crossings.
b.)  rent a car drive from Belgrade to Bosnia either through Croatia on the highway (which will involve crossing international borders at two border crossing) or through Serbia to Bosnia (which is all secondary road and can take about 5 hours if there are no lines at the border)
4.  Ryan Air services Banja Luka from Memmingen, Germany; Charleroi airport, Belgium; Vienna,  and Berlin.
Charlesroi has a flight leaving on Friday 5/10 and returning on Monday 5/13.  The other airports all have once a week flights so you would have to stay a week in Banja Luka.

all types of accomodation availabe in the city, from hostels for 10 euros per night to fullservice hotels.

16 for Half Marathon with parent permission

available for all half marathoners

All runs are timed with chips on numbers

Transport is possible from the nearest airports of Belgrade, Zagreb and Sarajevo. Please contact us at [email protected] 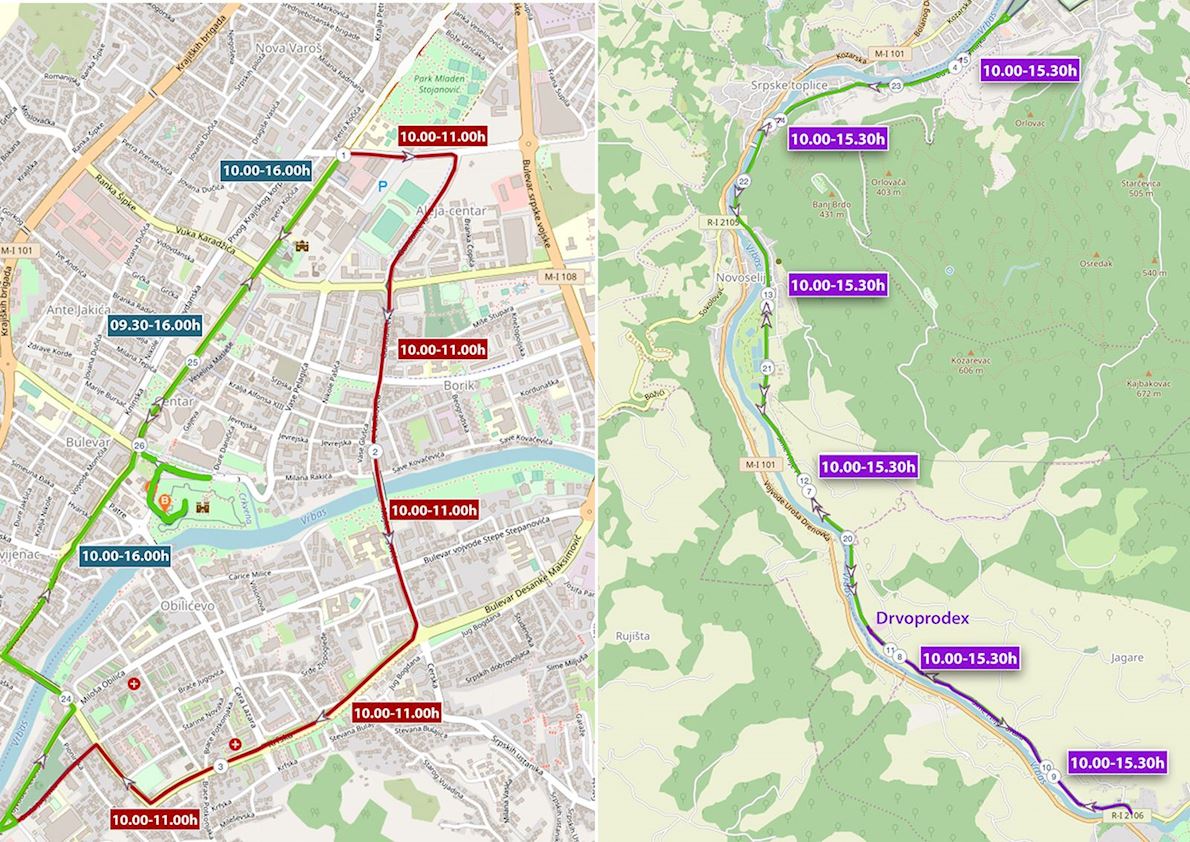