See other Ultra Marathons in March

About The Hilary Ultra 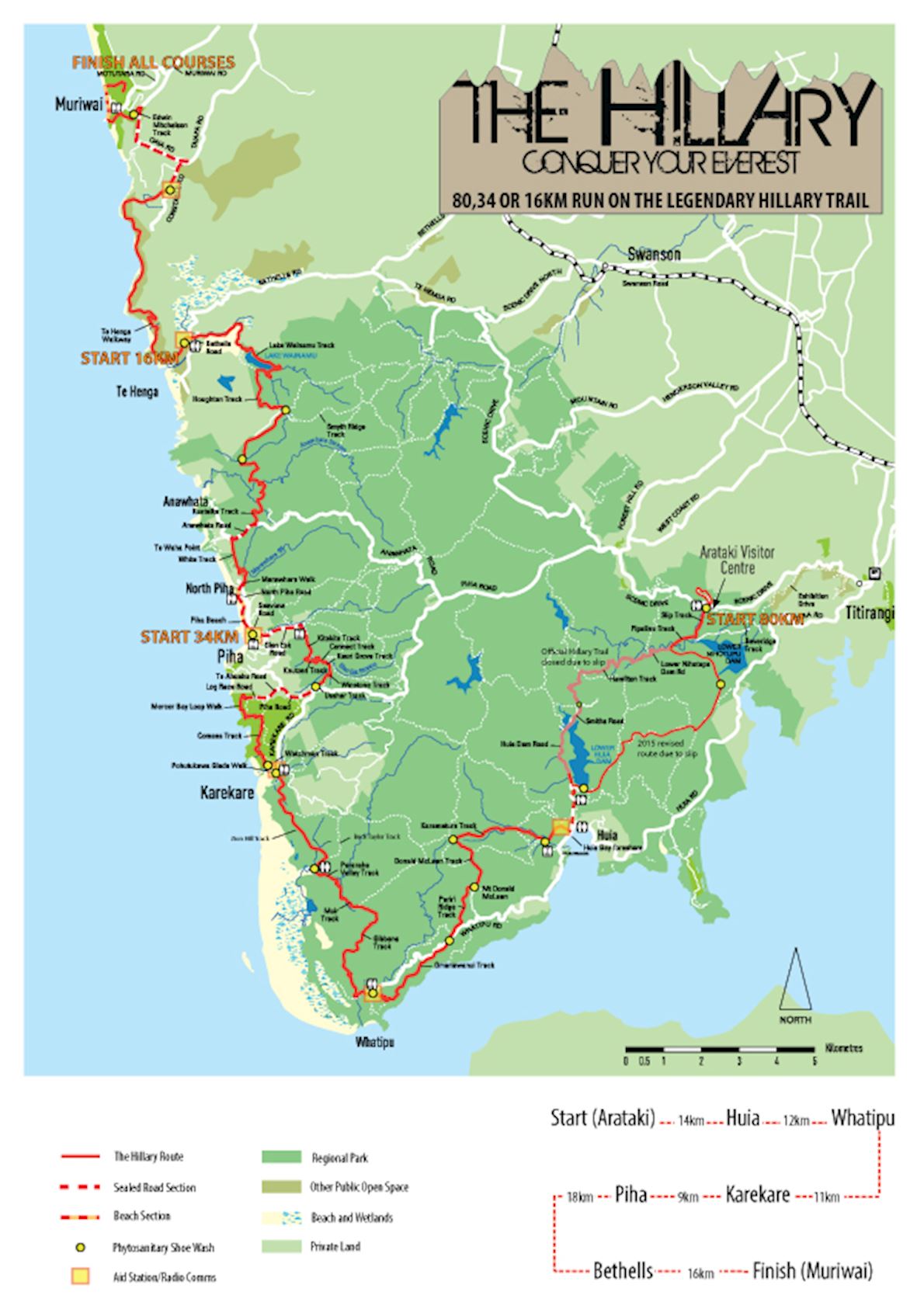 The Full Hillary trail 80km Ultra SkyMarathon (solo or relay of 2-4 people) follows a variety of terrain and scenery. Stunning views throughout the trail, rugged West coast beaches, magnificent native bush including the hundreds of year old native Kauri trees. Past large waterfalls and sand dunes, along cliff tops or through marshlands – there is something for everyone. Come along and “Knock The Bugger off!”