Enjoy the moment! After crossing the finish line within the time limit you will receive your well-deserved medal.

Marathon-Photos.com is our official photo partner. The photographers will take pictures of your sportive performance.

Chronometry is exclusively carried out by Mika:timing with the RealTime ChampionChip (except for the kids run). 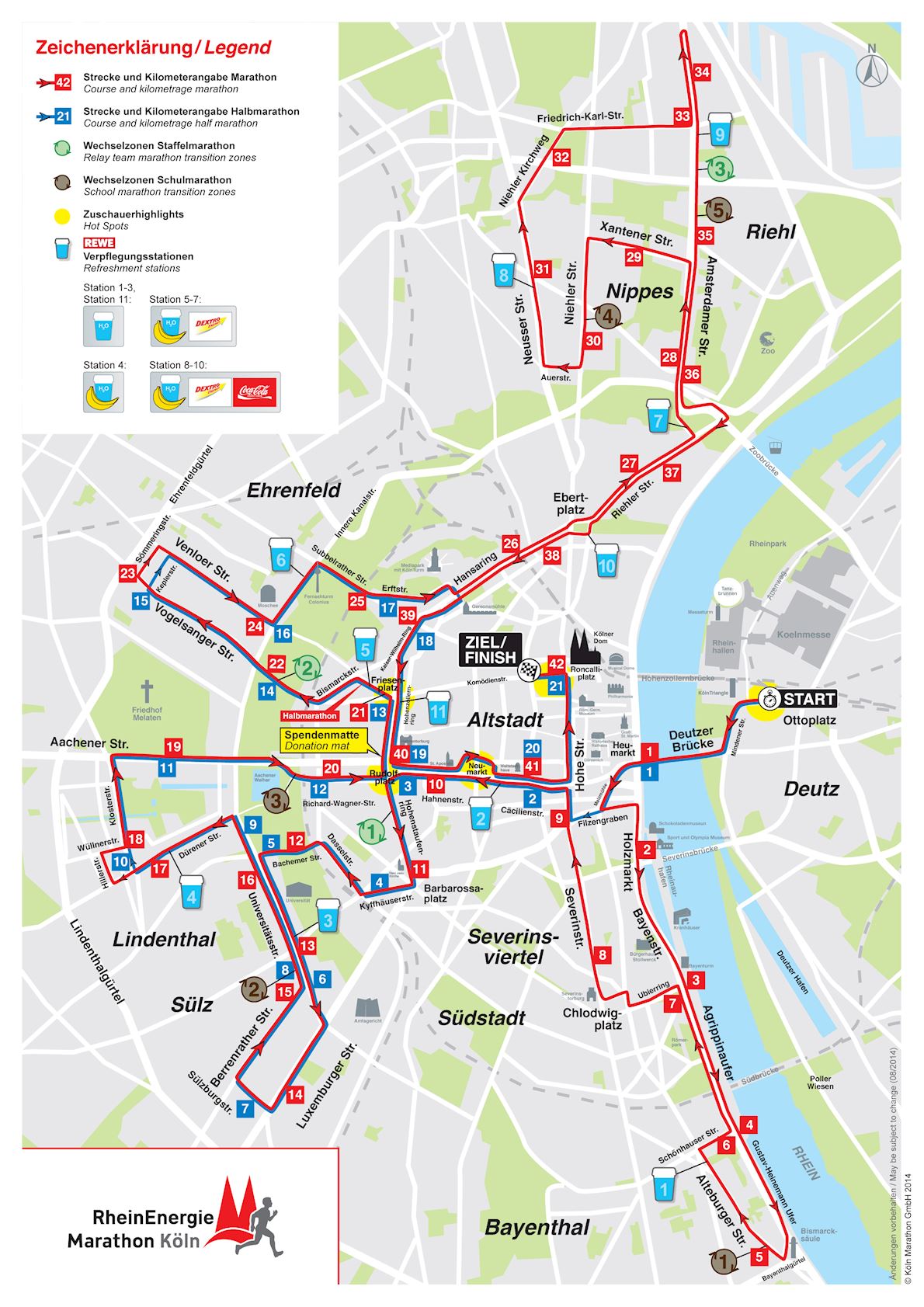 Cologne or „Kölle“ as we locals call it – Our lively city on the Rhine offers you a wealth of cultural activities, international trade fairs and conferences, and numerous major events. Attractions such as Cologne Cathedral, which is recognized as a UNESCO World Heritage Site, and the city’s 12 large Romanesque churches create an unforgettable impression.

Further, our cathedral city is home to many museums and galleries that present top-class art treasures of all styles and from all epochs.

Cologne is considered an insider tip as one of Germany’s greatest cities for shopping and let us not forget the excellent and exciting night life. Over 3,000 bars, cafes and restaurants invite you to enjoy a cool Kölsch beer …