Half marathon finishers will receive a finishers medal! Awards will be given to male and female overall and age group winners based on chip time. Awards for the 5k and 10k will be given at 9:15am, and half marathon awards will be presented at 10:30am. Winners must be present to receive their prize; awards will not be mailed out. Age groups are as follows: 19 & under; 20-24; 25-29; 30-34; 35-39; 40-44; 45-49; 50-54; 55-59; 60-64; 65-69; 70-up. Each racer will receive a tech t-shirt! We will offer both men’s and women’s size shirts. All participants will also receive access to numerous Event Deals. A link to view and claim the Event Deals will be emailed out prior to the race and can be found on the race page. If you choose to register at packet pick-up on race day, we cannot guarantee a race t-shirt. They will be available to race day registrants on a first come, first serve basis while quantities last. 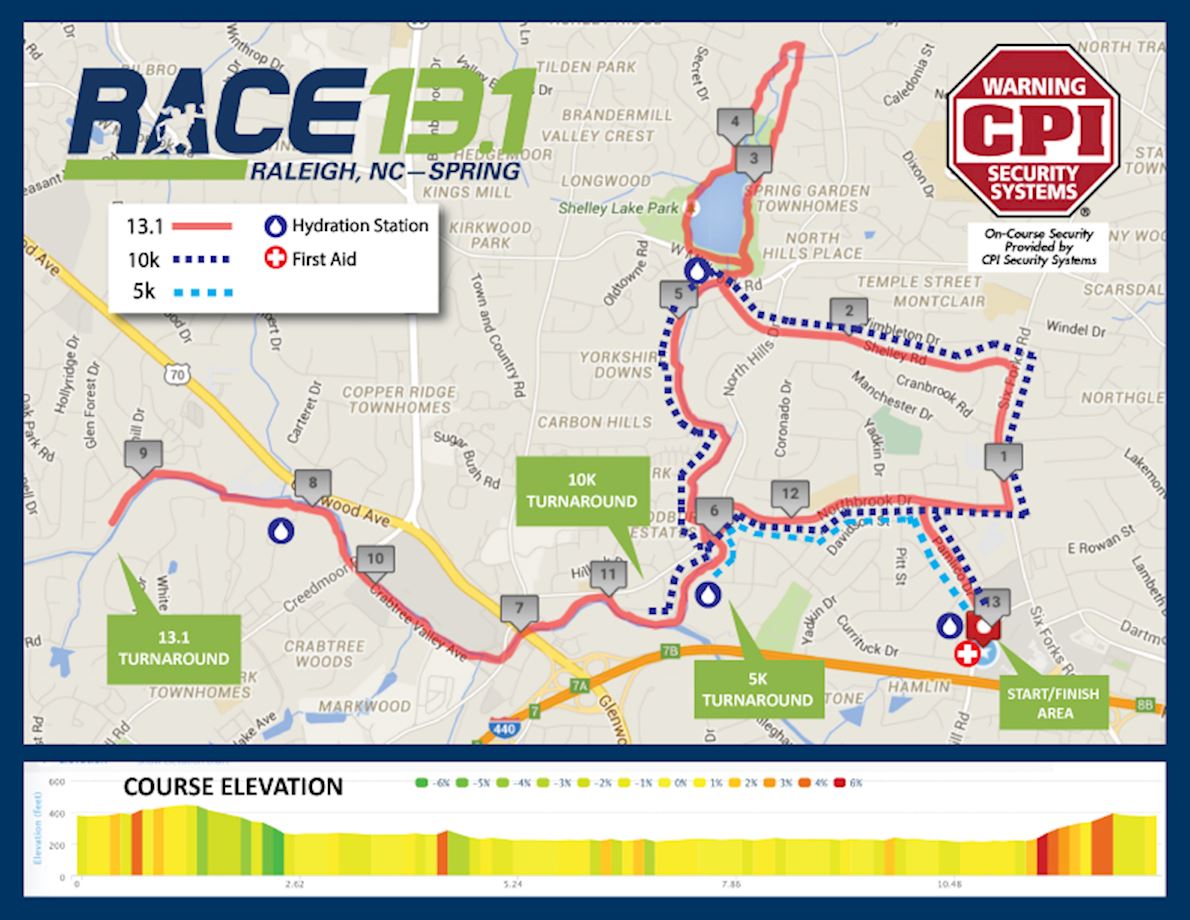 Raleigh has received numerous accolades in the recent years, including being named “America’s Best City” by Businessweek.com and one of “America’s Coolest Towns” by GQ. Take in a Carolina Hurricanes game, visit the North Carolina Museum of Art, and enjoy a variety of amenities at North Hills, located in the heart of midtown Raleigh. North Hills is home to hotels, premier dining establishments, high-end boutiques, department stores, cafes, spas, and bars. Amenities and plenty of parking are conveniently located next to the start and finish line.