See other Half Marathons in May

About Newburyport River Run Half Marathon

The following are time limits that participants have to complete their events: The race time limit is 4 hours. 13.1 and 5k events will both start at 9:15 am. Runners need to return to the finish line by 1:15 pm.

Newburyport neighborhoods that surround the event have plenty of on street parking. Nearby streets that are adjacent to Merrimac Street are Kent, Broad, Tyng and Oakland. You cannot park on Dove, Carter and Warren. You will not be able to park on Merrimac Street during the run. Downtown Newburyport has a few lots available and is approximately a half mile from the event. This cost is .50/hour unless you find parking on the street. See above for local lots. 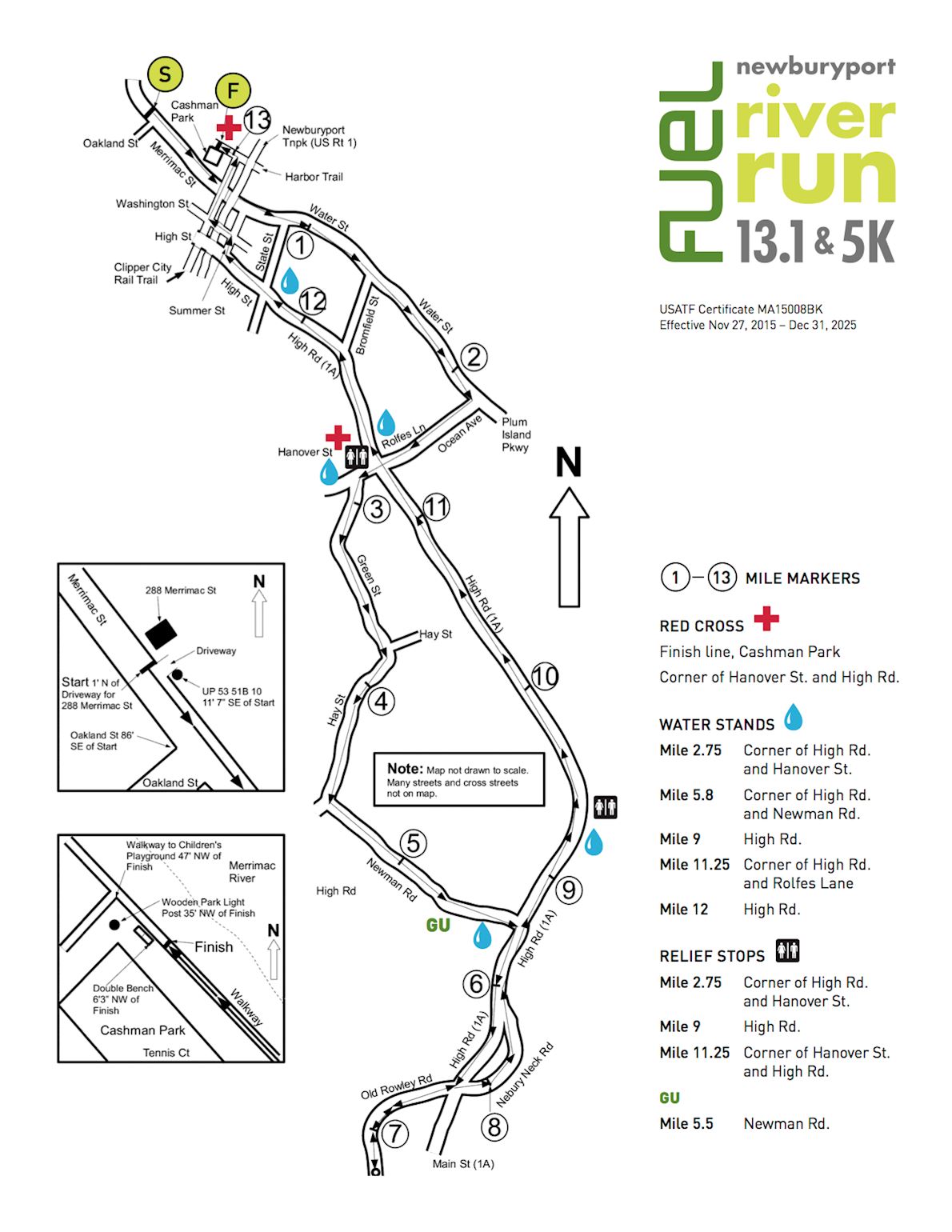 Want to run one of the most scenic and flat courses in Newburyport? Choose to run the Newburyport half marathon this year. This race starts and ends a few blocks from historic downtown Newburyport. The course travels along scenic Water Street which offers great views of the Merrimac River. Take a right on Bromfield St. and a left on High St. You will then take a right on Summer St. and then a quick left on Washington St. The last half mile of the race takes you down the rail trail, past the Newburyport Harbor and into Cashman Park, where you will be greeted by family, friends and the great sounds and energy at the Finish Line Festival. It’s a race that can’t be missed! The race will start on Merrimac St at the bottom of Oakland St. in Newburyport, MA. The Finish will be at Cashman Park in Newburyport. The after party festivities will take place at Cashman Park.