About Minsk Half Marathon

Therefore, on this day we also celebrate the festival of sport and health – Minsk Half Marathon.

In 2015, for the first time Minsk Half Marathon will be held in such a large-scale format. Hundreds and thousands of runners from all over Belarus, hundreds of visitors, downtown streets, crowds of spectators and fans – Minsk is calling you for a run! We expect you to enjoy Minsk Half Marathon and Minsk City, a really wonderful place for sightseeing, resting, shopping and doing sports. 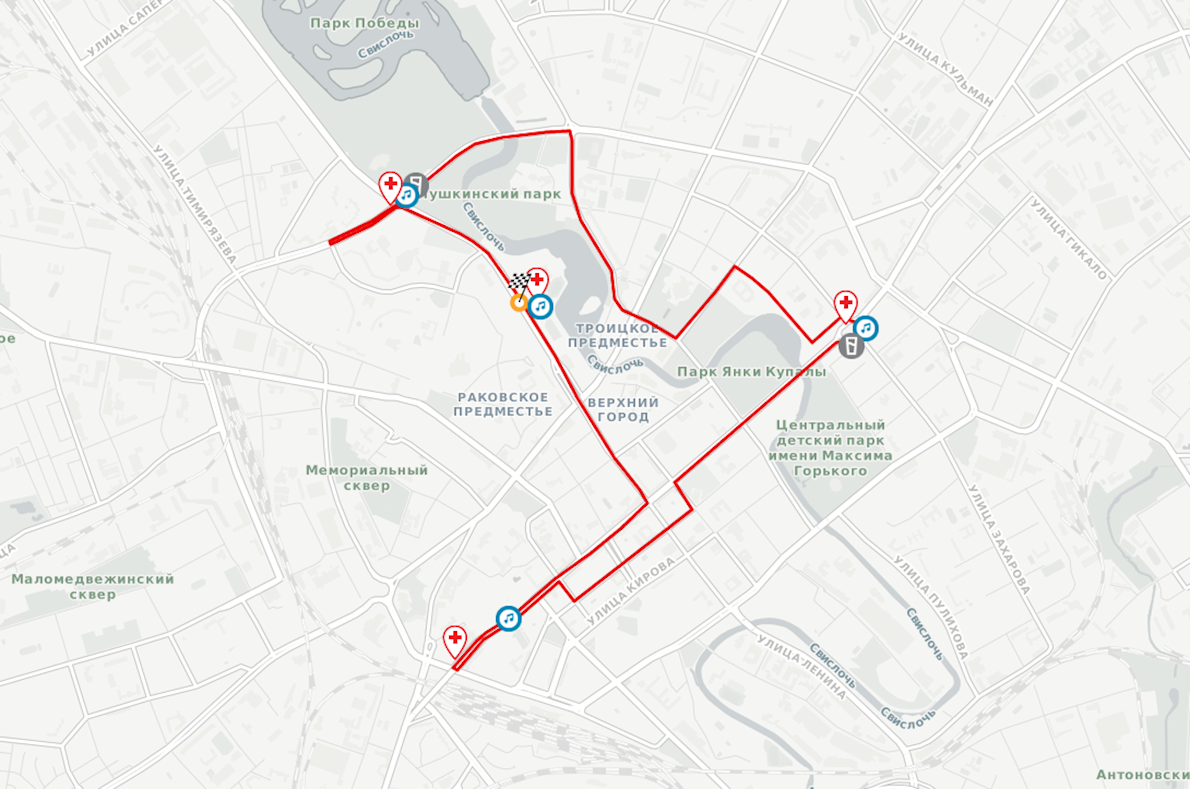 There is a square with a single building. The whole area of Paris Commune square is occupied by the only building - the Opera and Ballet Theatre.

The oldest fountain in Minsk was opened in 1874, to mark the opening of the water supply system of artesian water. This composition is preserved until our time. The Fountain, "The boy with a swan" is located in Alexander Square in the center of the capital. In all there are over a hundred of big and small fountains.

Victory Monument on prospect Nezavisimosti in Minsk is 36 meters high, has a 2-meter pedestal and the size of the stars on its top is 6x6 meters.

Volkswagen Minsk Half Marathon goes through the very center of the capital, the most beautiful avenues and streets. On the way you will see modern buildings and quiet down-town, the Trinity suburb and all main attractions!