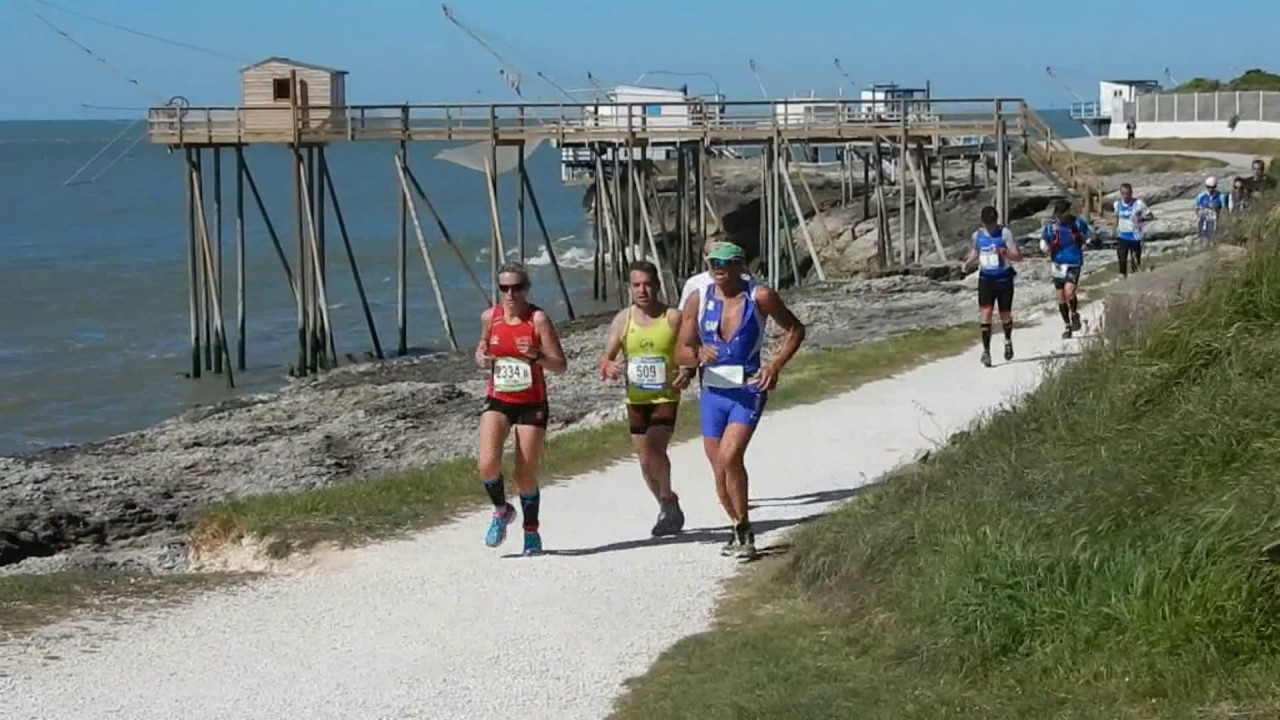 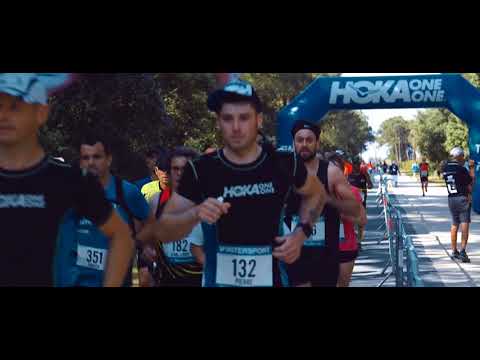 Located at the north end of the Gironde estuary, the city of Royan is famous for its Architecture. The “Martyred city” was bombed during the Second world war and was totally rebuilt during the 1950s, as a showcase of Modernist Architecture.

The marathon is run along a two loops course that follows the city’s beaches and visits the neighboring cities of Vaux-sur-mer and Saint Georges-de-Didonne. A Half marathon and a 10 km race are also organized during the week-end.

Its location makes Royan ideal for a trip that combines running and gastronomy, as the city is only an hour away from Bordeaux and its world famous wines and close to the Oléron Island and the Marennes basin, whose oysters are a must try. 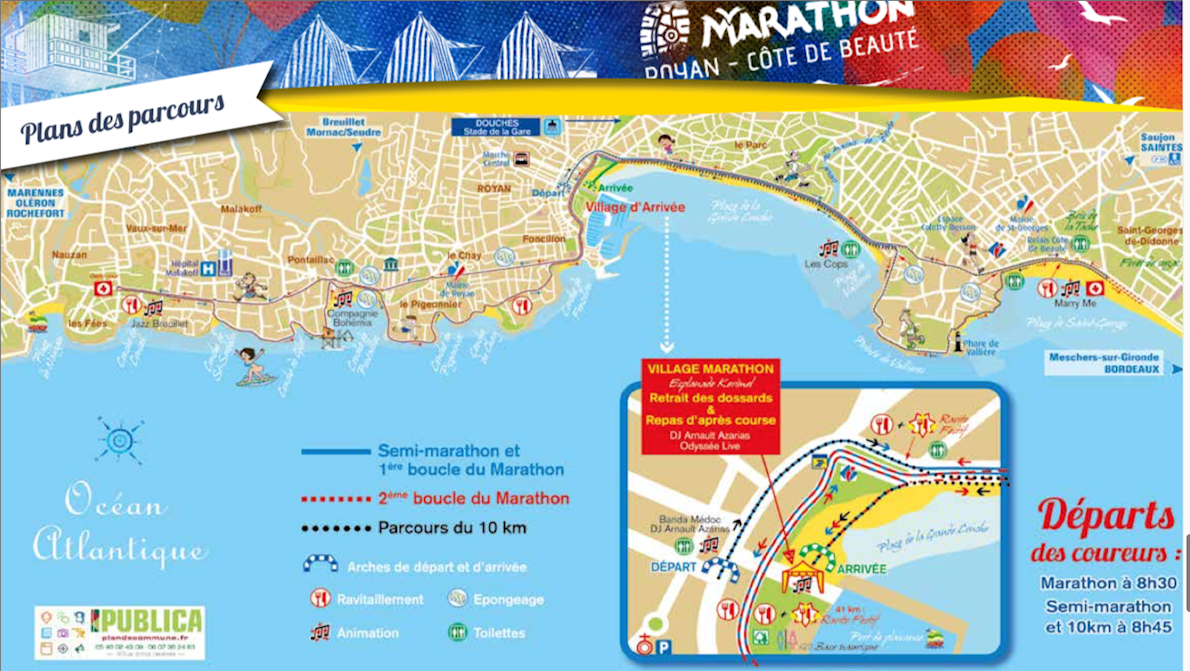