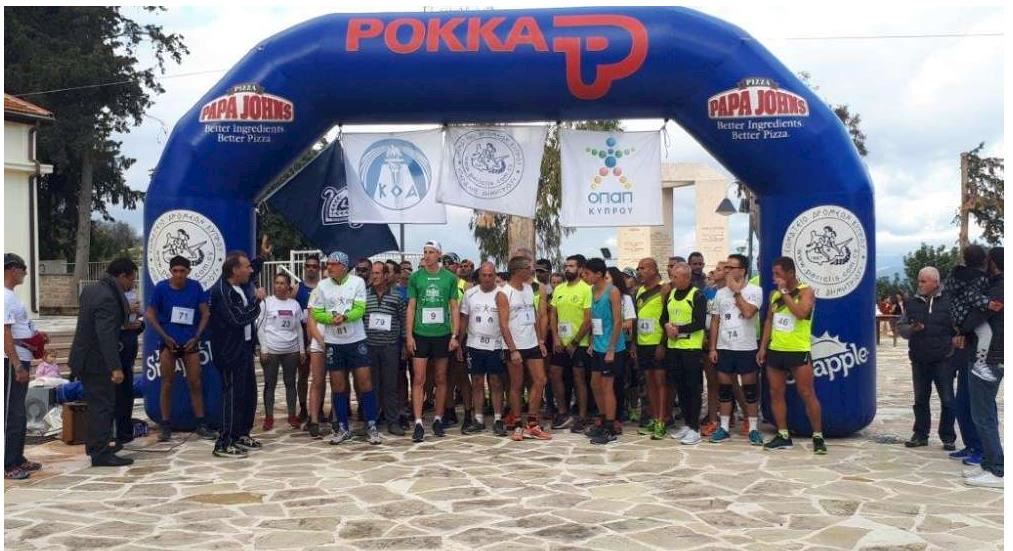 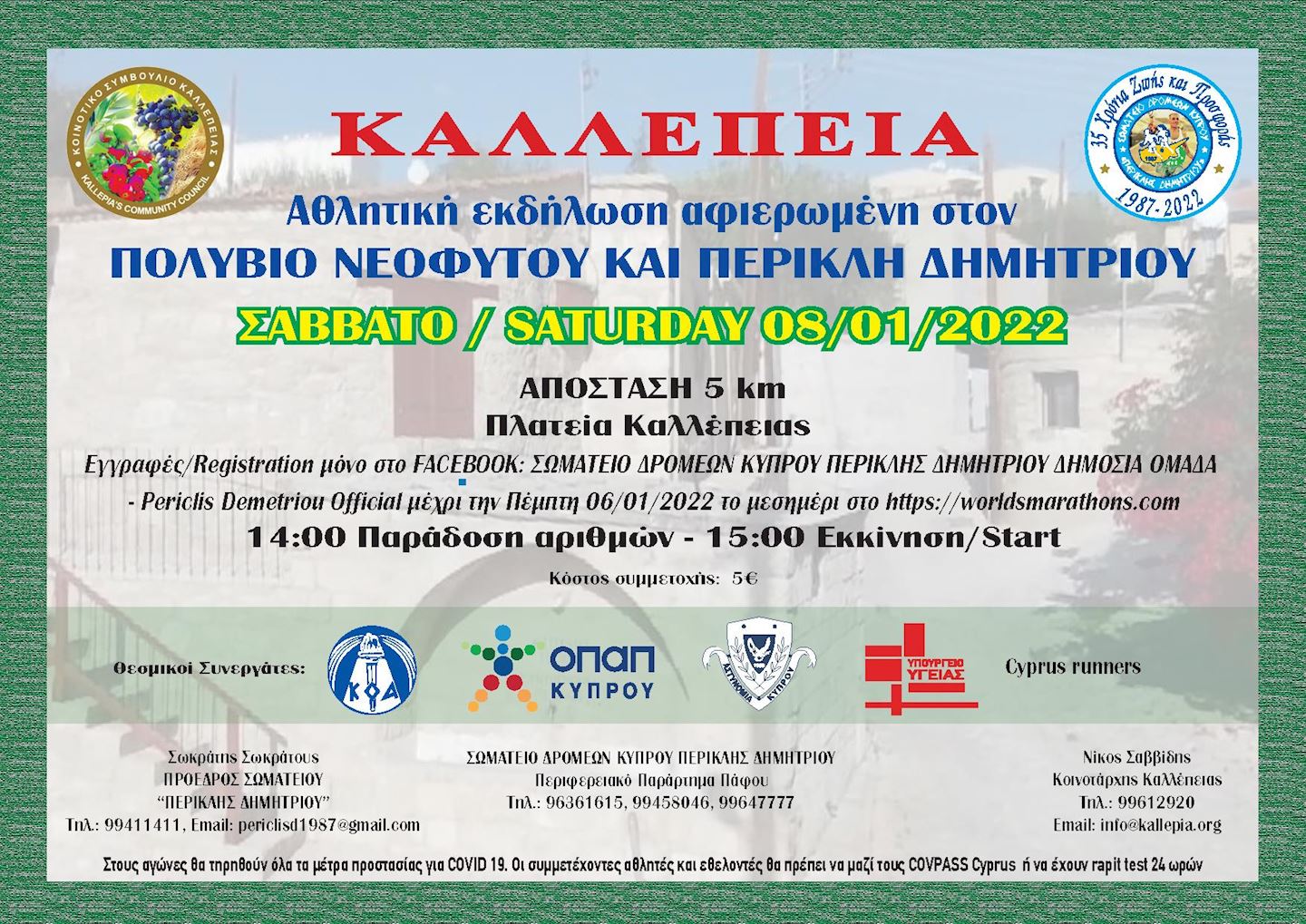 Kallepia is a mountainous settlement at an altitude of 490 meters with a pluralistic scenery of mountains, cliffs, wild vegetation and cultivated land with vineyards, apple trees, lemon trees, orange trees, almonds, carob trees, grain and a few olive trees.

It has approximately 200 inhabitants and is considered among the first wine-producing villages of the province of Paphos.

It is a popular destination with many cottages belonging to both local and foreign visitors who come at weekends and in the summer. The river Ezousas and its tributaries Ammati and Kalamos pass here which, together with the many natural springs, cool down Kallepia and the surrounding regions and provide water for the fruit trees and the vegetables.

The village seems to have existed since the Frankish era and was divided into Pano (Upper) and Kato (Lower) Kallepia. Pano was a medieval feud, while Kato was one of the estates of the royal family of Cyprus. However, in the area there are also indications of ancient habitation, as remnants related to the ancient Greek religion of Pan, the god of the shepherds have been discovered. Regarding the most recent history, the community suffered serious damage in the great earthquake that hit Paphos in 1953.

Regarding the origins of the name of the area there are several versions, one speaks of the composition of the words “kallos” and “peia” (which in Greek mean beauty and good reason respectively), since “its people are talking with beautiful words,” another one refers to the adjective “kallistos”, meaning “the most beautiful one” in Greek, while a third version refers to its ancient Greek origins that are associated with the god Pan.

Kallepia is one of the “villages of Minthi”, along with the Episkopi Paphou, Tsada and the Minthis Hills tourist project, which essentially form a “community cooperative” under a common umbrella to highlight their history, tradition and the unique natural environment. The “villages of Minthi” have released a guide with tourist information and walks in the valley of Ezousa, highlighting the place as an agrotouristic area.

The monastery of Timios Stavros Minthi, located 4 km southwest of the village, is also a place of interest among the religious attractions of the area. There is also the famous Minthis Hills Golf Resort, the 18-hole golf course, covering an area of ​​2,000 square meters, which is also open to beginners, after lessons are delivered by golf coaches. The beautiful complex that combines sports with food, coffee on the terrace, a drink at the cocktail bar, and luxurious villas for those who want to stay in the area is a great attraction for golf lovers and not only.

Apart from the invigorating breaths of nature offered by the region, visitors can wander the streets of the beautifully renovated village and visit the many churches and chapels, eat at restaurants and tavernas or enjoy a coffee in the traditional cafes.

The central church is dedicated to Agios Georgios, located in the heart of the village and built in the 1960s, after the previous one was demolished 20 years earlier. A smaller chapel also dedicated to Saint George, is located at the edge of the community and was built on the foundations of another temple. At the “Monastiroui” site, the chapel of Timios Stavros (Holy Cross) was renovated and declared an ancient monument by the Department of Antiquities of Cyprus. The Prophet Elijah chapels built on high rises, the chapel of St. Constantine and Helen beside which runs the holy water of the spring, the one of Agios Theodoros outside the village and of Agios Gennadios in the abandoned Turkish village Moro-Nero, complete the picture of the religious points of interest in the region.

The central square of Kallepia is adorned with a stone-built monument dedicated to the Fallen Heroes and to the benefactors of the community, but also to those who contributed in the fields of education and culture. The Museum of Folk Art and Tradition of Kallepia, the gem of the settlement, opened in 2012 and displays aspects of Cypriot folk art, tradition and life in the Cypriot countryside. Another cultural event and one of the many festivals on the island of Cyprus is the Annual Kallepia Festival, held in August.

For the lovers of nature who also like hiking, the Kallepia-Episkopi Nature Trail is a beautiful 8 km long path in the middle of the verdant surroundings and between imposing gorges.

The visitor can also rest in the three parks of the area or visit a camping site, while in case he wants to stay, there are agrotourism lodgings and traditional but luxurious guesthouses. In the square there is also a beautiful traditional tavern for those who want to dine in the area.

Round The Table Relay