About Gulf Beach Half Marathon

Run along the beautiful beaches of Milford featuring the Silver Sands State Park Boardwalk in the Gulf Beach Half Marathon!

The race brands itself as the flattest and most gorgeous race in Connecticut. Run and find out for yourself. The flatness of the course also makes it a a good PR course.

Permission is granted to park in the Resident Only lots for the day. There are 300 spots there at the venue. There are hundreds more spots on side streets that are legal and within 1/4 of a mile.

Exact timing using “transponder on the bib” and social media tracking at the start, half-way and finish. Net time and gun time. Results emailed that day. 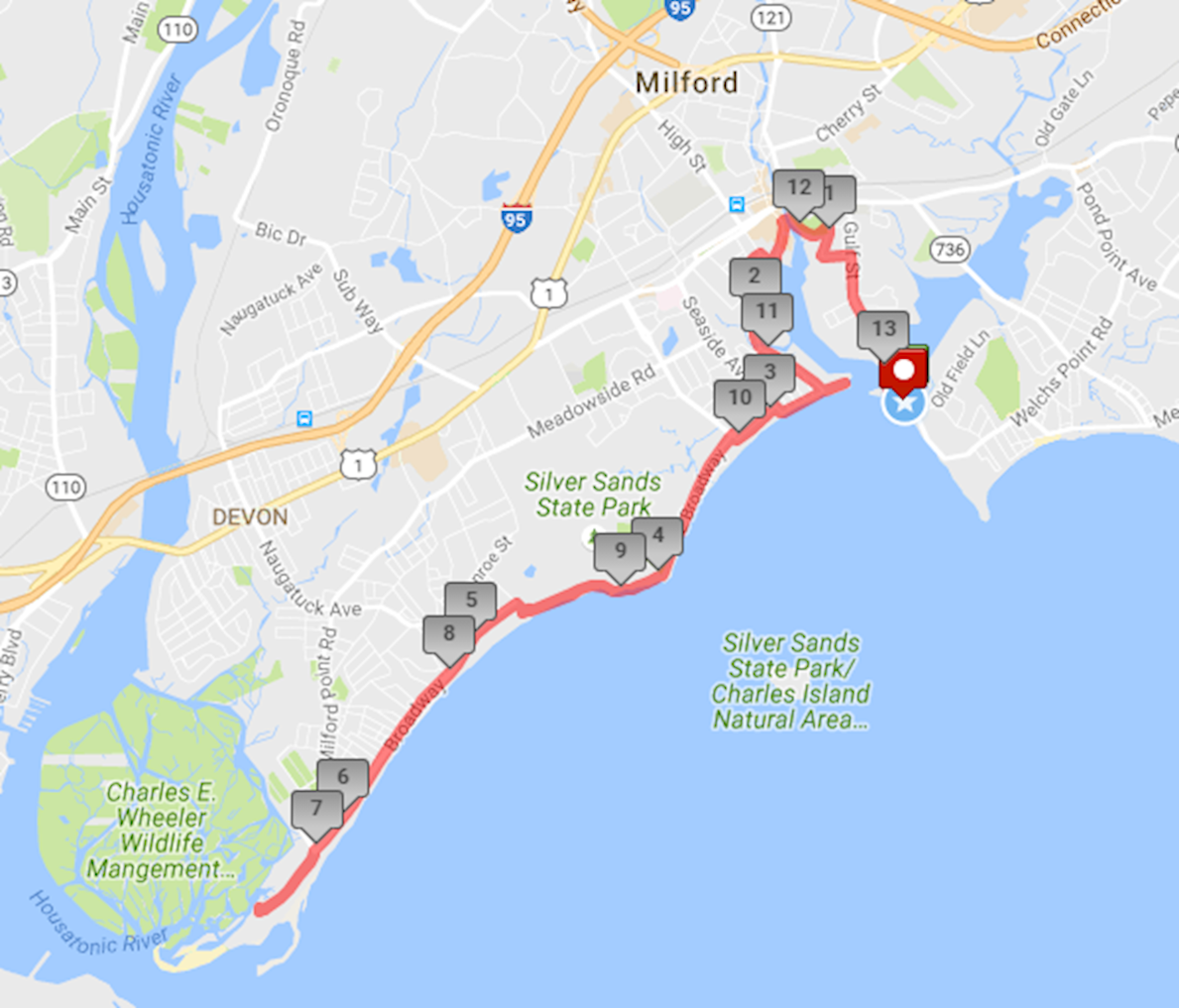 Most of the race lies right along the coastline, giving runners views of the Long Island Sound.

The entire course starts at the Gulf Beach Recreational Area along Gulf Street in Milford.

With the exception of stretches along the first couple of miles, which unfold along the city streets that surround Milford Harbor, most of the rest of the race lies right along the coastline.

Runners will get to run across part of the boardwalk in Silver Sands State Park, which connects the park with nearby Walnut Beach.

There is also a second detour away from the coastline at just before the mid-way point of the race, as runners head off Seaview Avenue and onto 5th Avenue and then Milford Point Road, before re-joining Seaview for the remainder of the way to the turnaround point.

Once runners reach Cedar Beach, they then head back northeast along Seaview, all the way back toward Milford along the route they’ve just run, where they’ll cross the finish line back on Gulf Street.