See other Ultra Marathons in December

About Coast to Kosciuszko

Several years back, four runners shared a few beers at The Orient Hotel in The Rocks. They also shared an addiction (running long distances without rest) and an affliction, because in Australia, ultra-running had become almost invisible; their curious sport lacked a marquee event.

On Dec 10th 2004, Paul, Sean, Jan Herrmann and Lawrence Mead assembled for the inaugural running of the race. The event was unofficial and unsanctioned in the tradition of FatAss ultramarathon events. The 2005 and 2006 editions of Coast to Kosciuszko were again unofficial events. Since the first staging, it was evident that Coast to Kosciuszko held a strong appeal for local ultramarathon runners and the following years saw several attempts from various race directors to launch Coast to Kosciuszko as official race. Throughout this time Disability Services Australia was instrumental in providing support and interest in the development of the event.

It was through the support of Disability Services Australia and the administrative capabilities of Ian Cornelius, (President of AURA ) that 2007 saw the Coast to Kosciuszko being run as an officially established race. The race has continued to grow in both popularity and esteem, being widely viewed as the most challenging ultramarathon in Australia.

There are no aid stations only checkpoints, just bring your own crew and supplies and they drive along.

Crew is responsible for transporting runner. 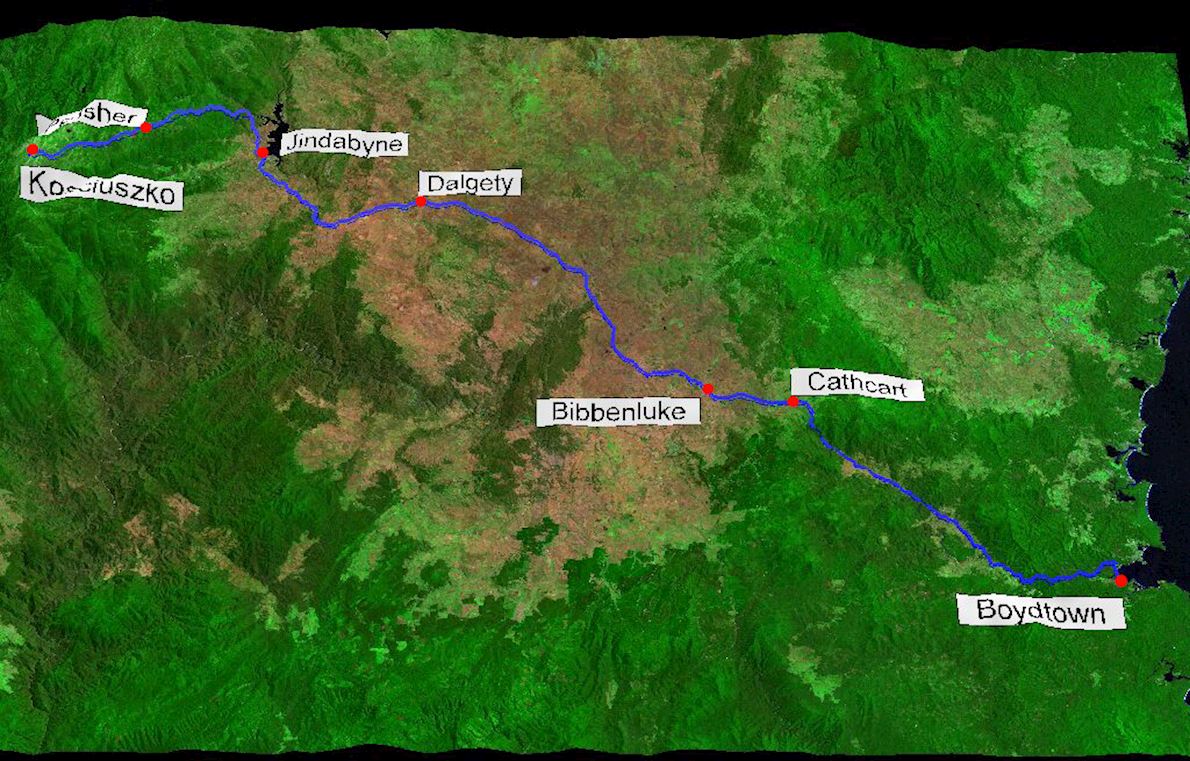 The Coast to Kosciuszko race is Australia’s longest road ultra marathon, starting at sea level on Boydtown Beach near Eden on the New South Wales south coast, and finishing at mainland Australia’s highest point, the survey trig marker on Mount Kosciuszko, 240km away, however runner  have to go back from the marker 9km down to Charlotte Pass to finish the race.