See other Ultra Marathons in October

There are plenty of options for accommodation in Goring and Streatley. Some of the closer options include: The Swan At Streatley, Streatley YHA, The Bull at Streatley, Miller of Mansfield.

There will be 16 fully stocked aid stations along the length of the course. Aid stations carry as a minimum: water, coke, chocolate, sweets, nuts, fruit, crisps, a limited number of GU energy gel packets, sandwiches and other sweet and savory snacks. All of the aid stations on legs 2, 3 and 4 will have hot drinks. Hot food will be available at Goring & Streatley.

There is free on street parking around both Goring and Streatley as well as public car parks within a mile of the start at the following. Please DO NOT park in front of peoples properties or on the many double yellow lines around the villages. Please use the station car park as a first choice. This reduces parking strain on the village and is only a short walk from HQ.

In order to start the race, you must have completed a minimum of a 50 mile distance race within 15hrs, between 1st January 2013 and 30th September 2016. 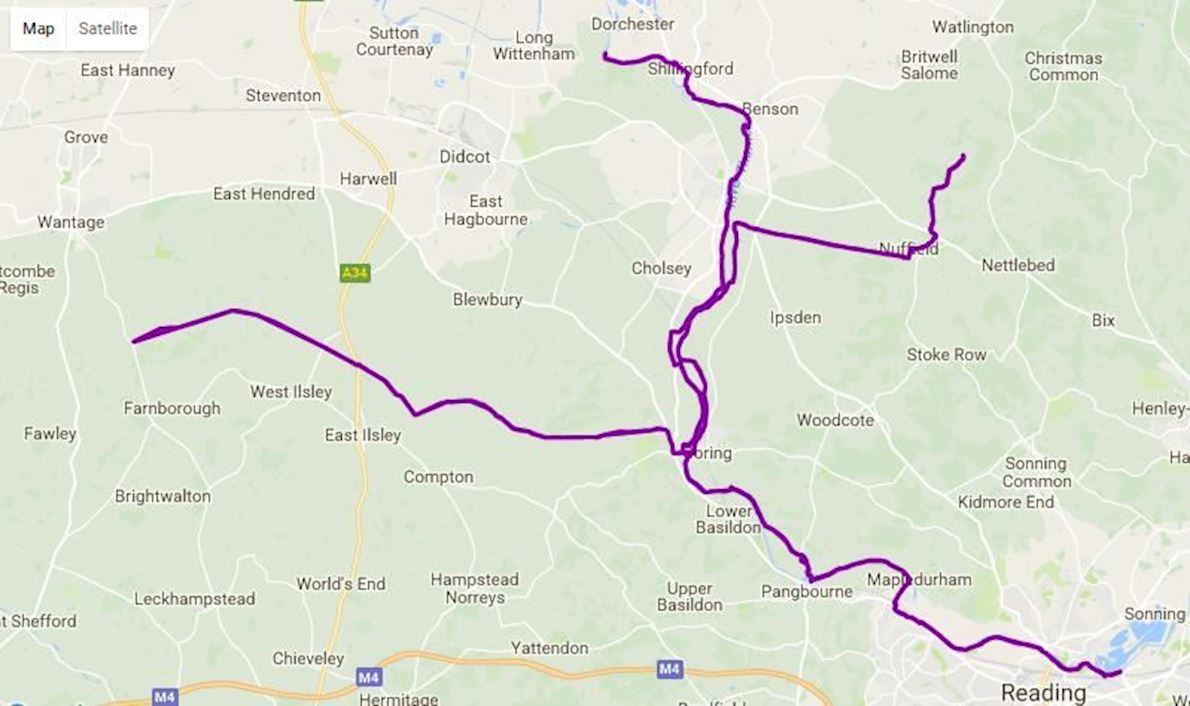