About Alternative Half Marathon

Set for its annual running as summer is giving way to fall here in eastern Pennsylvania, the Alternative Half Marathon takes runners through one of American history’s most iconic places, where George Washington and his Continental army crossed the Delaware River on Christmas night in 1776 on his march to Trenton, N.J., where they defeated the Hessian army.

The surprise attack by Washington and his later victories both at Trenton and Princeton have become known to history as the “10 Crucial Days” of the American Revolution, which allowed Washington and his army to stave off defeat and ultimately secure the victory that laid the foundation for the creation of the United States. 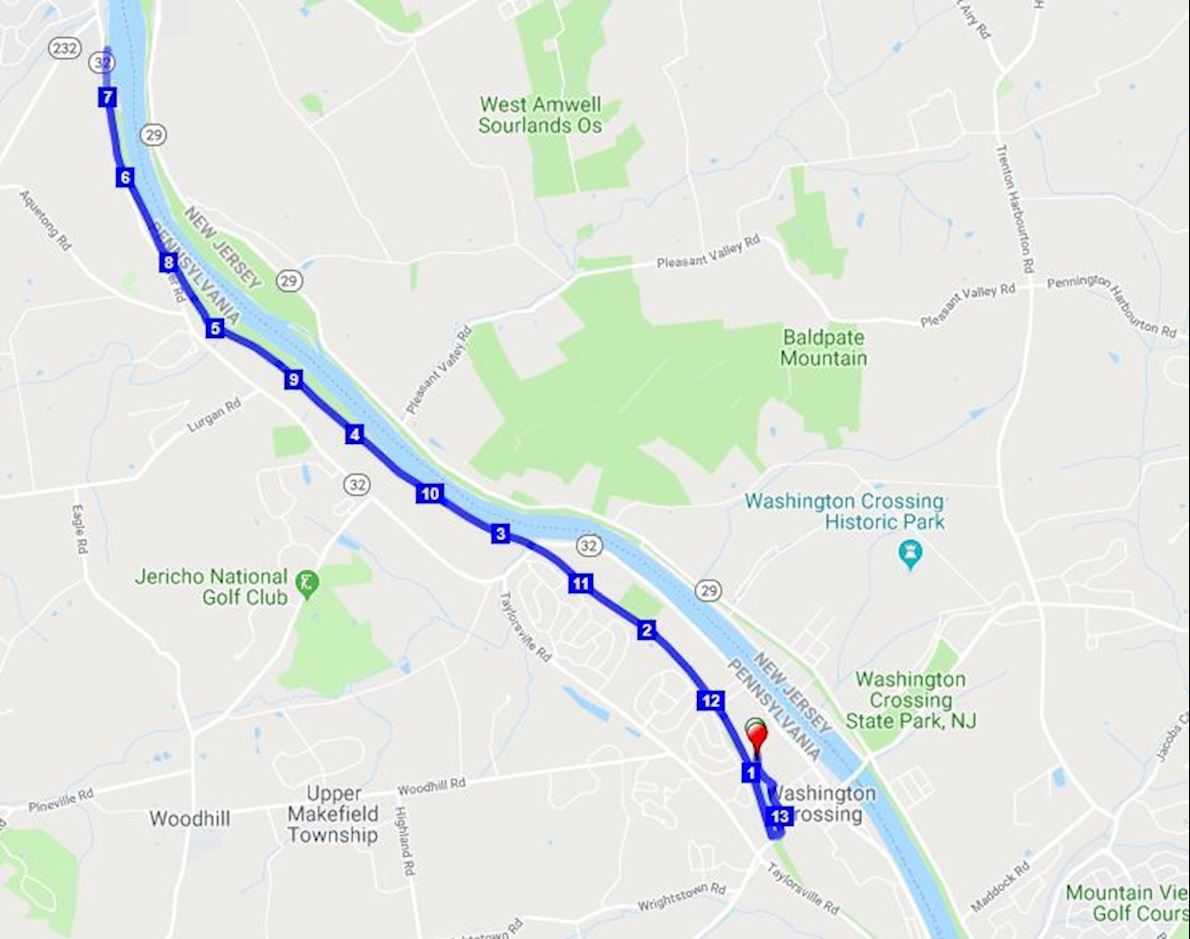 The race starts and finishes in Washington Crossing Historic Park, right along the banks of the Delaware where ice floes floated along the water that December night more than 230 years ago and Washington and his men crossed in three Durham boats, a moment that would change the course of history.

From the starting line — which lies near the McConkey Ferry Inn, where Washington and his men set up camp before setting out to cross the river — runners head along the park roads south to George Washington Memorial Boulevard, and after a brief stretch turn right onto the Delaware & Lehigh Trail, part of the Delaware Canal Towpath that stretches some 60 miles between Easton at its northern end and Bristol at its southern end.

The towpath trail itself is a piece of history, as the Delaware Canal dates back to the 1830s, when the river canal building boom was at its height.

With the exception of a few rolling hills and mild changes in elevation here and there, the rest of the course remains flat for runners as it heads north and west along the river.

The half marathon route takes runners north all the way to the mid-way turnaround point just south of the village of New Hope, adjacent to South Main Street. From there, the course heads back south and east along the D&L Trail, all the way back to Washington Crossing Park for the race finish.