Brain Effects of the Runner's High 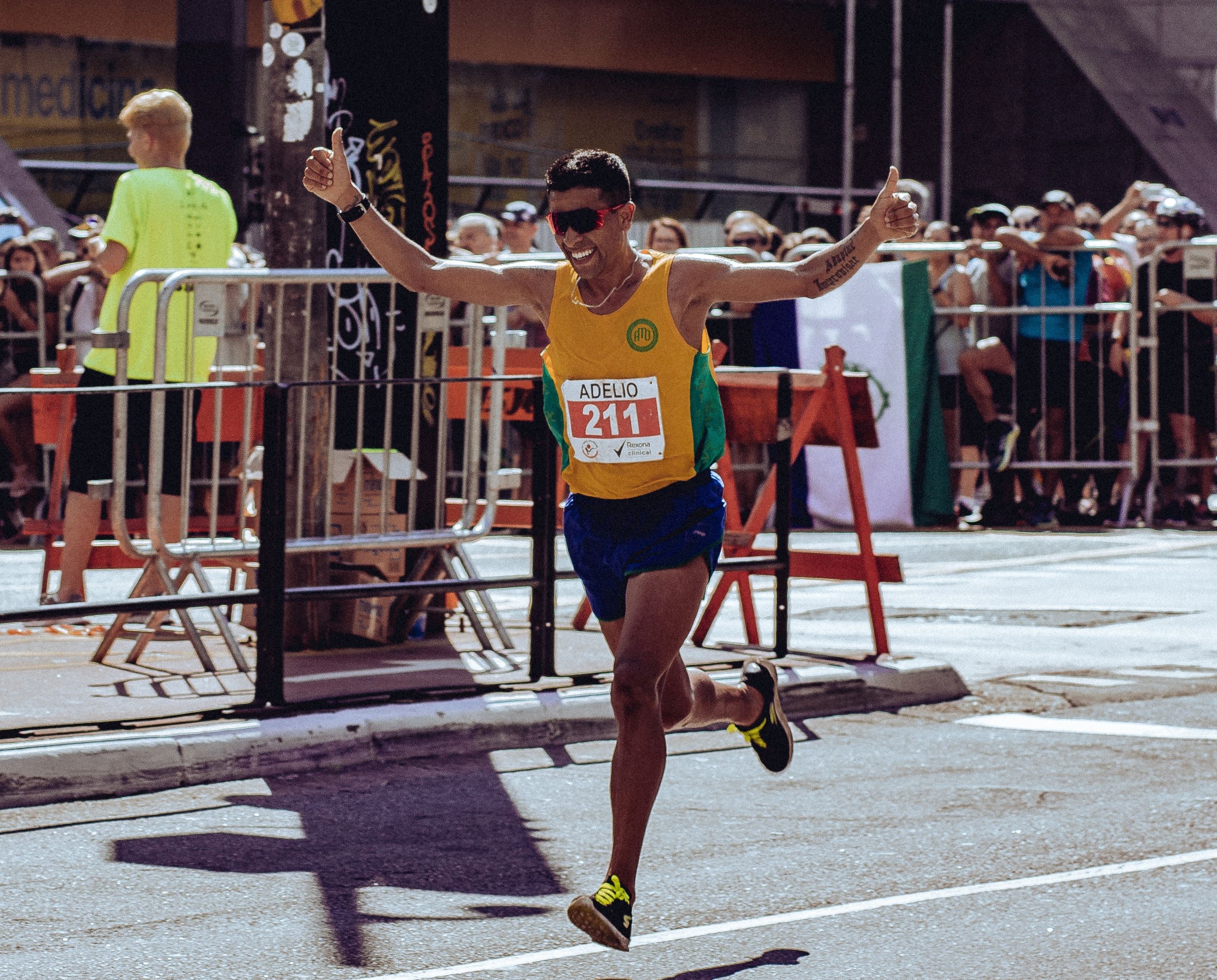 When it comes to running, people may be inclined to associate it with celebrity athletes, particular races, certain brands of trainers, or the fact that it is a good tool for maintaining a healthy lifestyle. But there is certainly much more associated with running. There is a science to running. Whether you look at the physics of kinesiology of the gait and movement patterns, to the physiologic and biology of using food as fuel and the chemical components of creating muscular energy and power, or to the positive mental aspect running creates for an individual, there is no doubt about it that running affects every part of the body including the brain. So this led us to investigate what are the brain effects from the famously touted expression of a runner's high.

What is a runner's high?

The terminology a runner's high is used to describe a euphoric feeling where one experiences the feeling of tranquility and a sense of calmness with reduced anxiety, while at the same time feels less pain after a long run. It is thought that running and exercise can have positive effects on the physical being and also lessen mental stress which could be an effective counter treatment to anti-depressive medications.

How do exercise and running affect the brain?

Scientists have battled with this question for years on why exercise and running have positive effects like improved mood and relaxation. There are two trains of thought with the first being the outdated opioid-endorphin theory and the more recently researched endocannabinoid system (ECS).

With running, the body goes through physical changes such as the heart rate and respiration rate elevating. There is also a release of chemicals in the bloodstream called endorphins. They interact with receptors that help reduce your overall perception of pain. This led scientists to test the endorphin theory to determine if exercise released endorphins act on the opioid receptor system in the brain to contribute to positive feelings and enhanced mood.

In the 1980s, it was discovered that following exercise endorphins increased in the bloodstream leading to the endorphin theory contributing to the runner's high. However, new research has discovered that endorphin molecules are too big to pass the blood-brain barrier, making them difficult to attach to opioid-binding receptors in the brain.

This 2008 study from Cerebral Cortex done in Germany injected a tracer in 10 male athletes and took scans of their brains before and after a 2-hour long run to monitor the opioid-binding receptors of the brain. They then gave the athletes a questionnaire following the long run to determine any euphoric feelings. They found that the level of euphoria increased following the long run and that opioid-binding receptors were more active in the frontolimbic brain areas that are involved in emotional regulation due to enkephalins. Enkephalins are related to endorphins but are found in the brain and spinal cord compared to that of endorphins which are found in the blood. This study supports the opioid-binding receptor theory for a runner's high. However, specifically regarding endorphins, they are probably not the chemical affecting the brain.

The previous opioid-endorphin theory for positive mood effects from the runner's high seems to have been replaced with the more recently researched endocannabinoid system, or at least this is positively proven in mice. ECS plays a role in regulating sleep, mood, appetite, memory, and fertility. Endocannabinoids are naturally produced chemicals in the human body with a similar matrix to that of cannabis. With exercise, it is also found that the levels of a specific endocannabinoid called anandamide are elevated in the bloodstream, just like endorphins. In contrast to endorphins, anandamides are lipid-soluble and can pass easily through the blood-brain barrier and can attach to cannabinoid and opioid receptors in the brain so, in theory, they can produce a short-lasting reduction in anxiety and pain.

Another German study, this time from 2015 involved types of research exploring the ECS in a group of mice. They had the mice get accustomed to regularly running on an exercise wheel. Next, they split the group of mice into a group that exercised for five hours and another group that did not. Following the testing, both groups of mice were placed in a dark-light box to determine anxious behaviors when exposed to lit areas. Additionally, both groups of mice were observed on their pain tolerance on a hot plate test. The exercise group demonstrated less anxious behavior such as darting from the dark-light box test and displayed higher toleration of pain with less jumping and licking of the paws when placed on the hot plate compared to the mice of the sedentary group.

Researchers then repeated the same experiments on the mice but this time the mice were given cannabinoid antagonists (a molecule to block the cannabinoid receptors in the brain). And the testing was repeated but this time the mice were given endorphin antagonists (molecules to block the opioid receptors in the brain). The mice with endorphin antagonists had no significant change in results while the mice with decreased cannabinoid binding receptors demonstrated increased anxious behavior and higher sensitivity to pain even after exercise. This study supports the ECS system plays a part in how exercise affects the brain for positive psychosomatic effects. However, more research is necessary to prove the ECS and its effects from exercise in humans along with gathering data for the feelings of euphoria.

Are there any additional benefits to the brain from running?

Yes! Regular running can help the brain to develop new networks of blood vessels and brain cells that can result in improved cognitive function and brain performance. Additionally, running and exercise can improve the memory and learning center in the brain called the hippocampus by increasing its volume size.

While a runner's high may not be experienced by all runners, there seem to be many benefits to running and the effects on the brain. Although we have been told that exercise is good for the mind and body now we can understand why.