See other Marathons in May

Featuring the beautiful scenery of Canada’s capital, the top-notch organization of an IAAF event, the atmosphere of hundreds of thousands of spectators, and a fast course perfect both for personal bests and first-timers, this is a world-class marathon that must be experienced.

With the start and finish lines for Tamarack Ottawa Race Weekend located right downtown,  many of Ottawa’s hotels are within walking distance.

We have a legal satellite operation of the Ottawa Hospital on site providing medical care in close partnership with Ottawa Paramedics.

Marathon is limted to 18 and older, the half marathon is 16 and up.

Approximately every 3K in all races.

In addition to the commemorative medals that all runners receive, we also have prizes for the top male and female finisher in various age categories.

Parking is limited. Participants are encouraged to take the bus, bike or walk..Parking is available under City Hall right at the start/finish area.

Shirt and Race Bib (timing chip).  A Virtual Event Bag is sent to all registrants in the week leading into Race Weekend

Sportstats is the Official Timer of all races 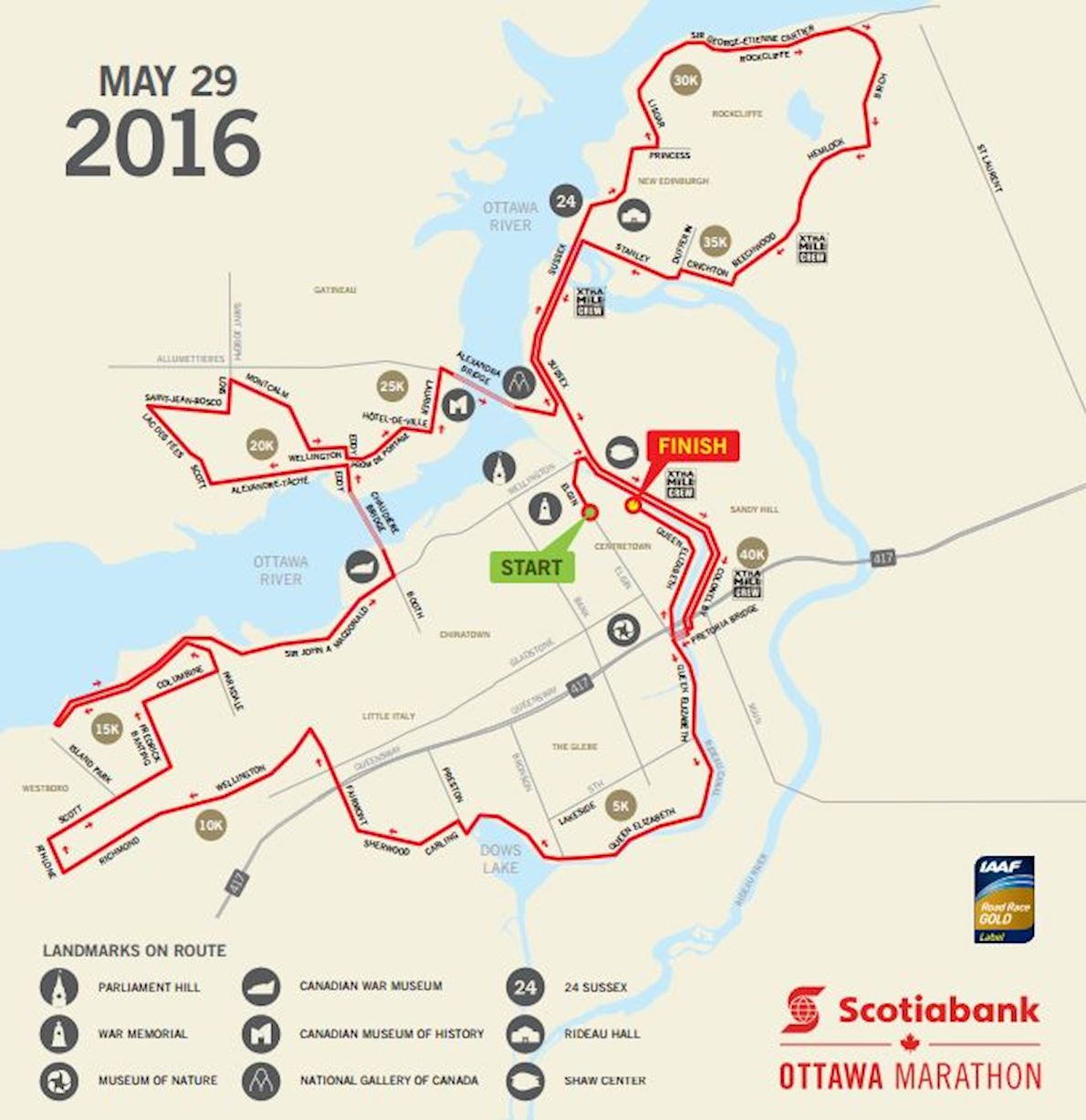 The marathon features a fast, scenic route with few elevation changes and travels through some of Ottawa's most vibrant neighbourhoods and popular landmarks.It is a unique course in that it travels through two Canadian provinces.