About Robin Hood Festival of Running

At the finish the runners will also receive water, a sports drink, a foil blanket and a finishers bag.

Water and Energy drinks will be available around the Half Marathon and Marathon course. Grab a bottle or pouch and sip slowly this will top up your energy levels to help you finish strong. Please ensure to stick to your pre-race hydration routine, please do not feel like you have to drink at every station. Water and Energy drinks will also be available on the finish line, these will help you rehydrate and kick start your recovery process post-race.

All finishers in all races who cross the finish line will get a medal! Please ensure to pick up your medal when you walk through our finish funnel. 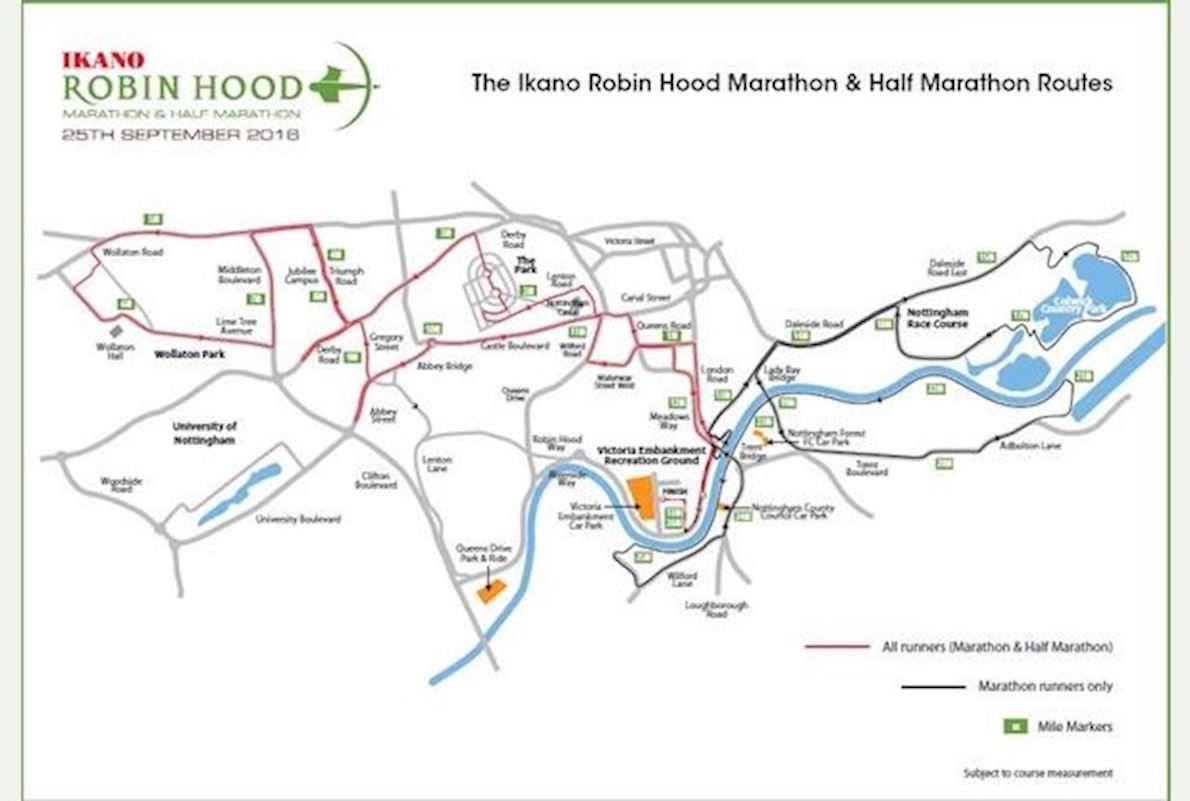 The course takes you down the tree-lined University Boulevard, around Highfields Lake and through the Trent building courtyard at the University of Nottingham, one of the most iconic buildings in Nottingham.

The good road surface provides a fast flat and flowing course with a view of the castle as you come down Castle Boulevard. See the famous Trent Bridge cricket ground & Nottingham Forest Football Club as you wind along the river to the finish at Victoria Embankment.

The final 400m of the race sees a new finish – runners will run up over the new flood defence cycle track looking down on the heritage race village, which will feature a feast of family entertainment in an area where runners, spectators, families and friends can meet to celebrate race day and everyone's achievements.