Bagels/Fruit and Egg Fratata will be available for all race participants at race site. Other food vendors will be on site providing samples. Brothers Taverna, located in downtown Salem on Derby St. will be offering all participants 10% off your bill! Just make sure to bring/wear your bib and mentioned you participated in the Wicked Half Marathon.

Everyone will receive a custom finisher medal that you will love.

The course will have a Water Station every 1.5 miles or so. Each aid station will have gatorade and water. The aid station along the Marblehead Neck will have Gu’s, twizzlers, petroleum jelly, etc. Bathrooms – Mile 5 at Devereux Beach.

4 hours cut-off beginning at 7AM

There will be plenty of parking available along Fort Avenue and the Salem Willows. There is a large lot next to the tennis courts, parking in the Willows casino area, another smaller lot before the soccer fields, plenty of parking along Fort Avenue and the Bentley School (25 Memorial Dr) less than a 1/2 mile away from the race site. YOU ARE NOT ALLOWED TO PARK IN FRONT OF ANY HOUSES OR IN THE NEIGHBORHOOD OFF FORT AVE. YOUR CAR WILL BE TOWED. PLEASE OBEY ALL PARKING SIGNS. 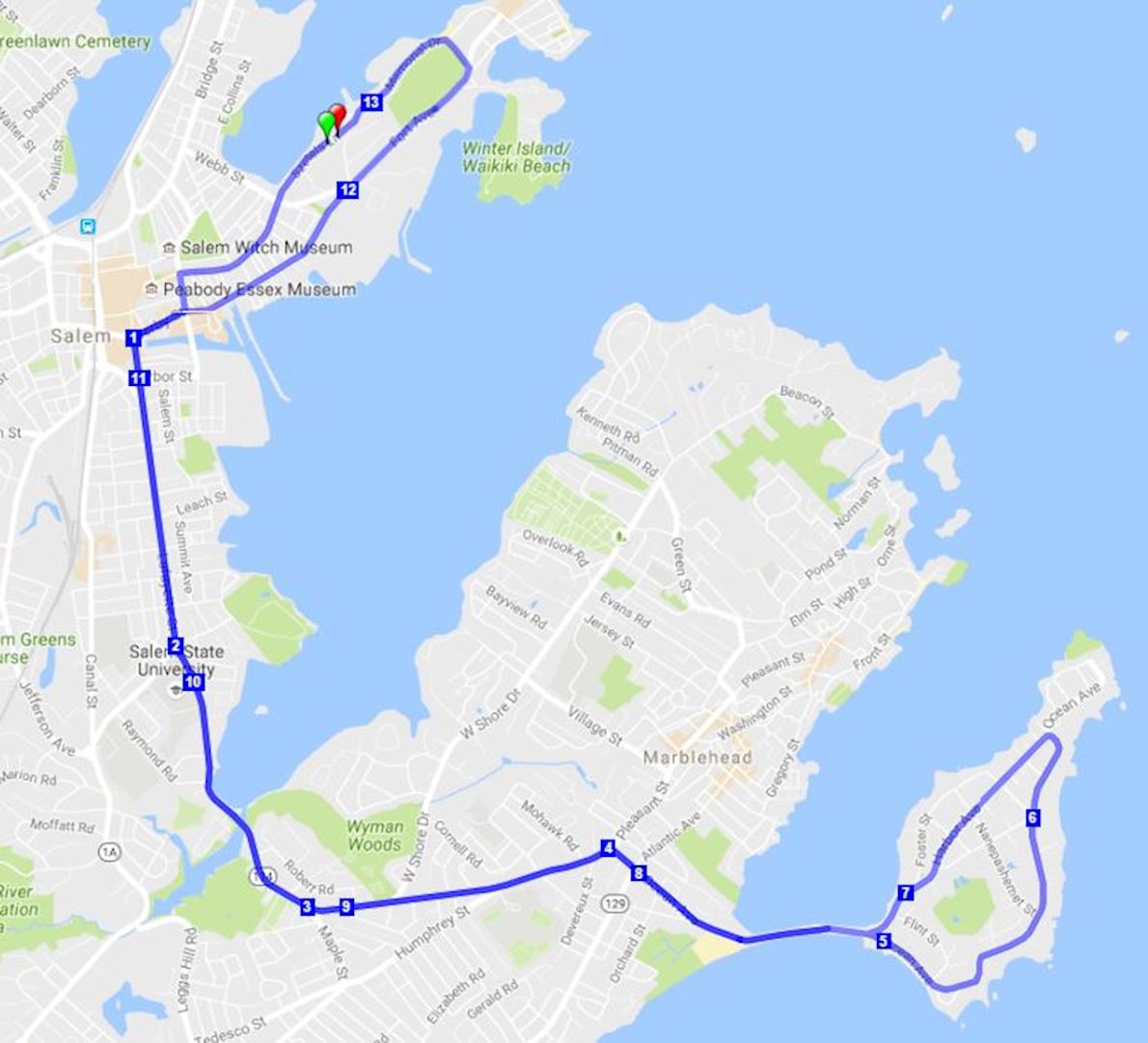