See other Marathons in aprile

Once you’ve travelled around Poland, you realise this: Warsaw is different. Rather than being centred on an old market square, the capital is spread across a broad area with diverse architecture: restored Gothic, communist concrete, modern glass and steel.

This jumble is a sign of the city’s tumultuous past. Warsaw has suffered the worst history could throw at it, including virtual destruction at the end of World War II – and survived. As a result, it’s a fascinating collection of neighbourhoods and landmarks. Excellent museums interpret its complex story, from the joys of Chopin’s music to the tragedy of the Jewish ghetto.

With that being said, the Warsaw Marathon is the place to be!!

The Orlen Warsaw Marathon is an annual road running event over the marathon distance (42.2 km) that takes place in April on the streets of Warsaw, Poland. The event was established in 2013 and has Polish oil company PKN Orlen as its title sponsor. It was the second annual marathon race for the city, following on from the success of the Warsaw Marathon, held in the city every September since 1979.

By its fourth edition, the event received IAAF Silver Label status and featured in excess of 8000 entrants into the marathon race. That year’s race also saw the first Polish winner in the form of men’s champion Artur Kozłowski.

The 42.195 km run is the most important competition of ORLEN Warsaw Marathon. It will put your endurance and willpower to the ultimate test. Sponsored by a Polish oil company, the Orlen Warsaw Marathon has quickly become one of Central Europe’s top road running events 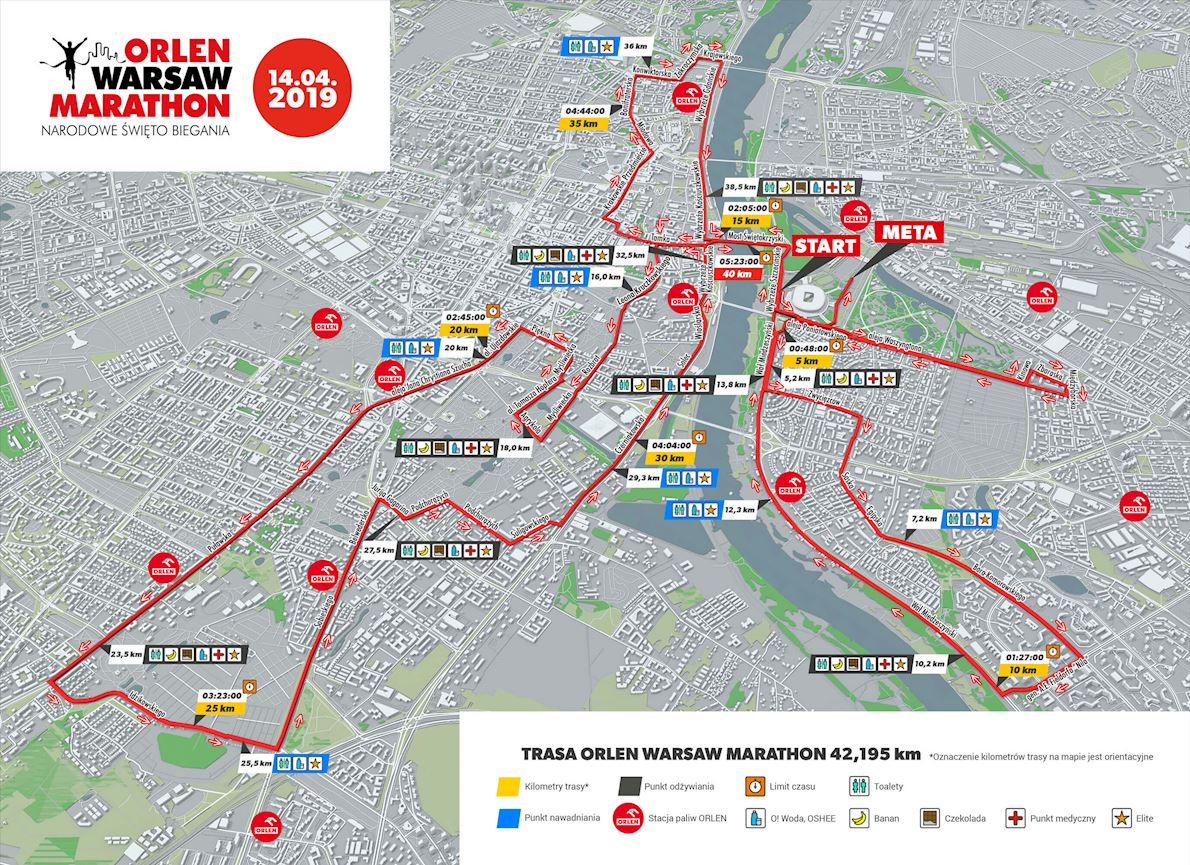 Loop course that starts and finishes at the national stadium. Runners will run few kilometres along the Vistula River and then through the heart of downtown Warsaw.