See other Ultra Marathons in agosto

Our aid stations will have a selection of standard ultra running foods, such as: Ultima electrolyte drink mix, Honey Stinger gel and chews, fruits such as oranges, bananas, watermelon chips, both potato and gluten free snacks such as salted pretzels, gummies, cookies, salted potatoes etc, water and Coke and other gluten-free options.

Parking is NOT ALLOWED at Alice Lake after the race starts at 6:00 am. You are welcome to have someone drop you off as long as they’re not parking at Alice Lake, or you can run to the start as a nice warm up.

Bus transport will be available to the start line for $5.00. Buses depart from the Squamish Oceanfront at 4:45am, 5:00am and 5:15am. Approximate bus transport time is 25 minutes. We offer free shuttles from the finish line back to your vehicle post-race. 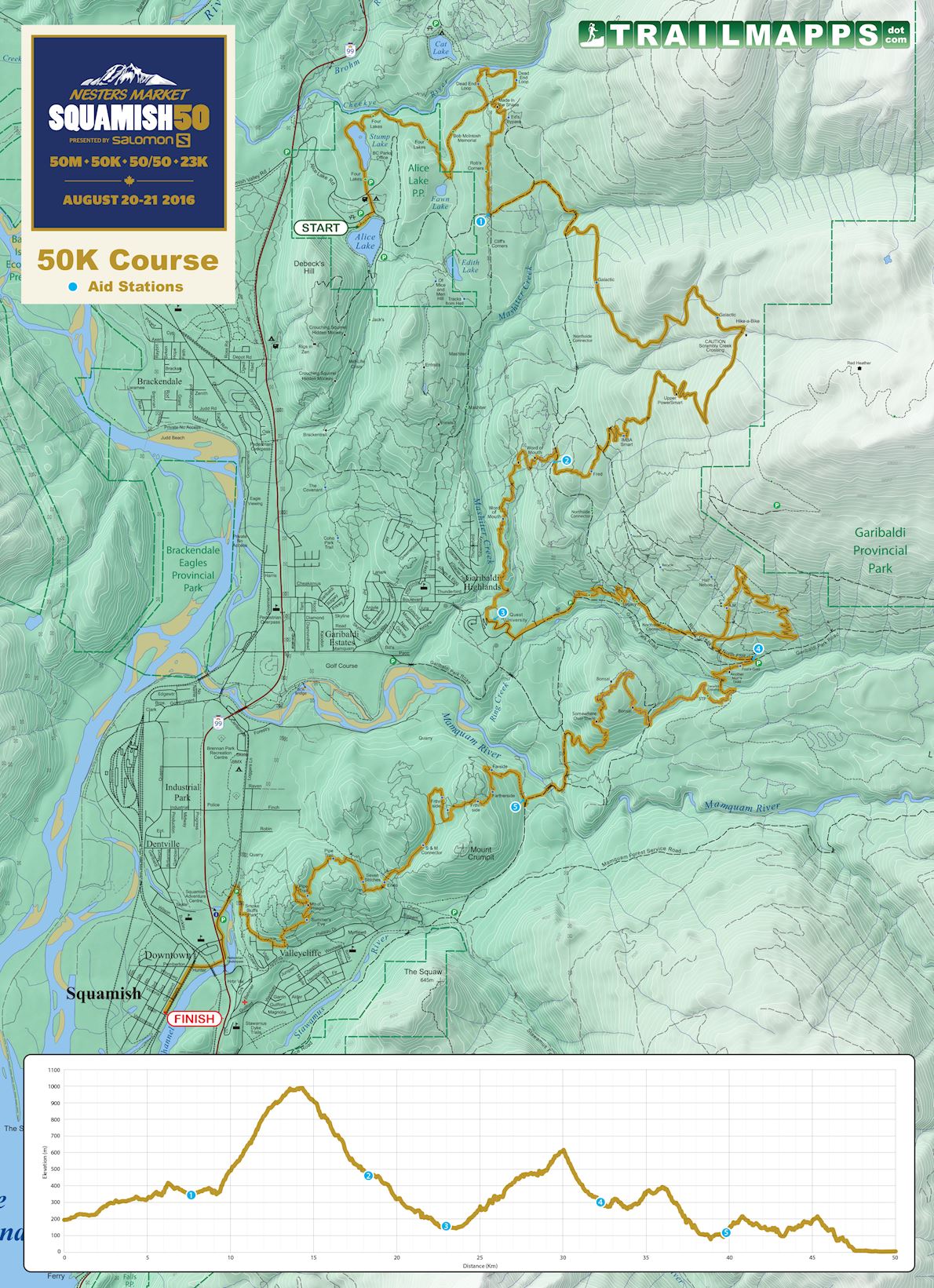