Set for its annual running this year, New Orleans’ Ole Man River Half Marathon & 5K saw more than 900 runners and walkers cross the finish line in both races combined last year, at a race that unfolds through the lush, green expanse of New Orleans City Park, home to groves of magnificent live oak trees, a golf course, statues and fountains.

Both the half marathon and the 5K race are open to runners and walkers, and both will move back to their old stomping grounds — an out-and-back course that starts and finishes in downtown Gretna, and takes runners along the Mississippi River levee for the finishing stretch.

An out-and-back course that starts and finishes in downtown Gretna, and takes runners along the Mississippi River levee for the finishing stretch.

From there, the half marathon follows an out-and-back route that first runs southwest toward Harvey and the Gulf Intracoastal Waterway, and then runs back along the banks of the Mississippi, where you’ll finish the race running along the river levee.

Those running the half marathon will encounter a combination of paved roads and some stretches of running trails.

In recent years, the course has been redesigned to feature several miles along the shoreline of Lake Pontchartrain, between Canal Boulevard and the campus of the University of New Orleans, where runners will make a loop around the traffic circle at Elysian Fields Avenue and Lakeshore Drive. 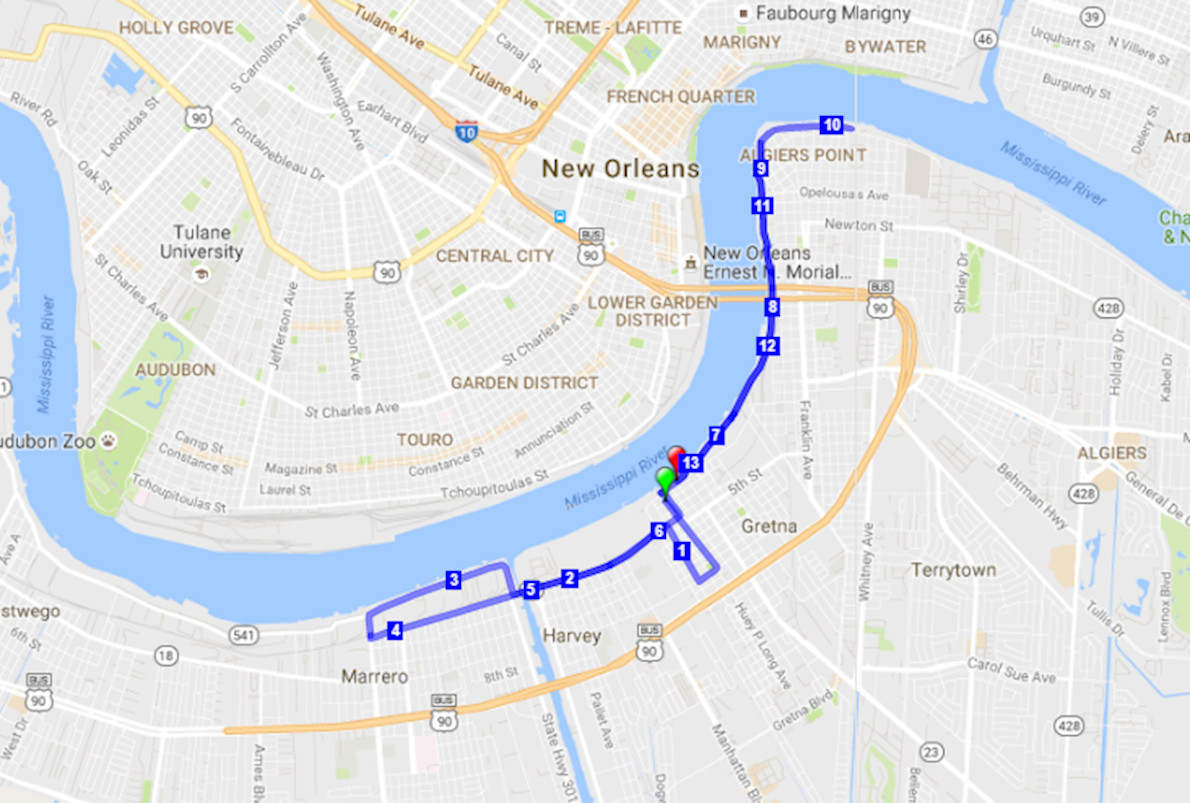 Two host hotels are available with special rates for Ole Man River participants. Each will provide shuttle bus service to and from the race site for hotel guests only. Details to be announced.

Prize money for top three Half Marathon male and female finishers and first Masters. Finisher medals for all Half Marathon finishers. Awards will be distributed shortly after the race. There is no duplication of awards – Overall, Youth, Master, Grandmaster, and Senior award winners are not eligible for age group awards.