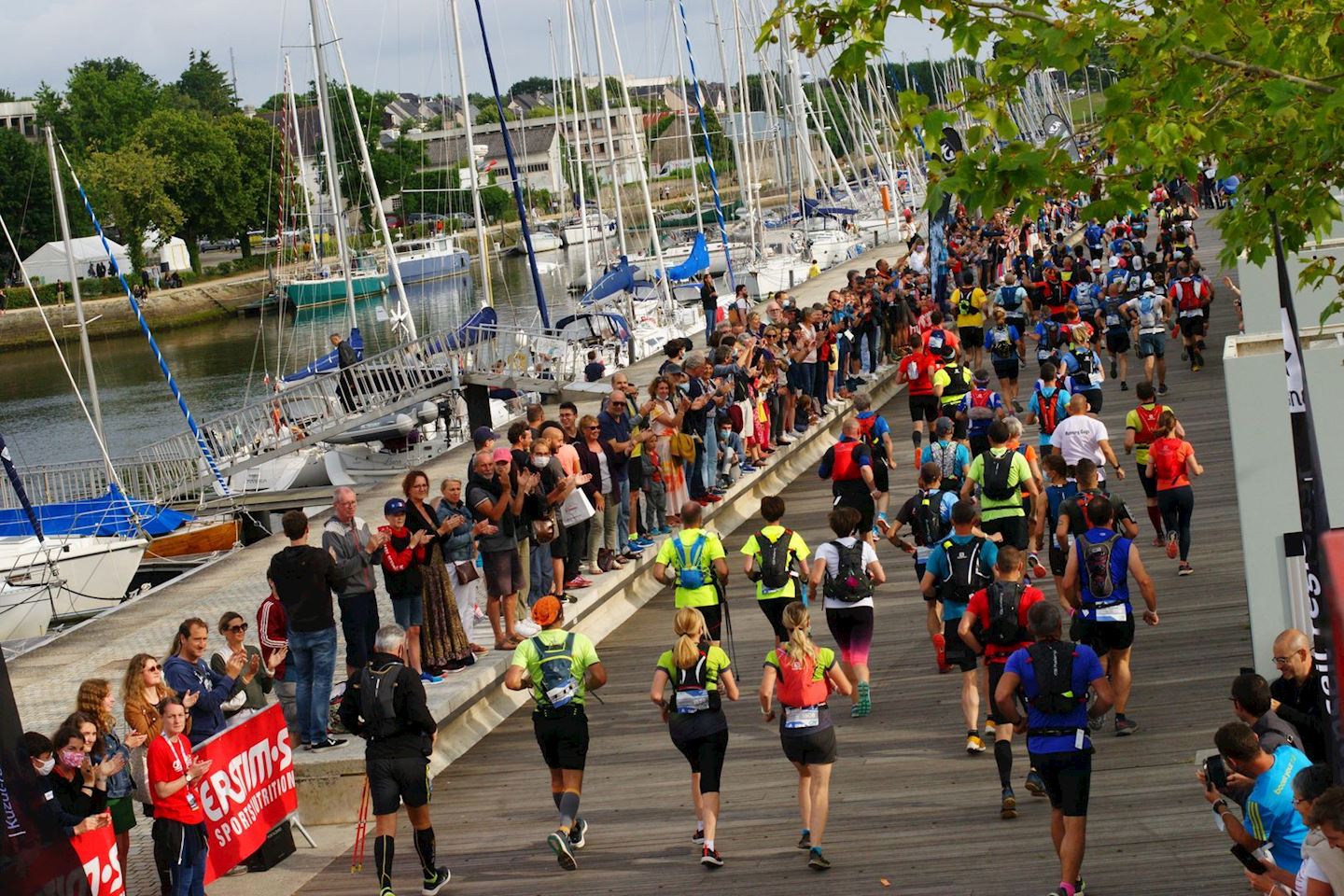 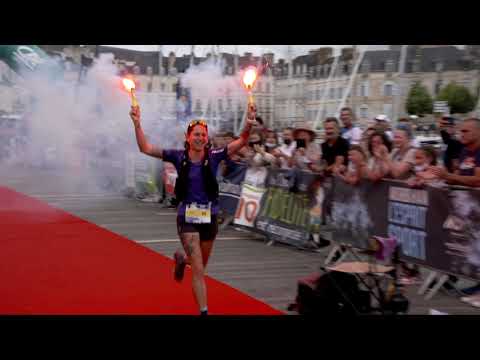 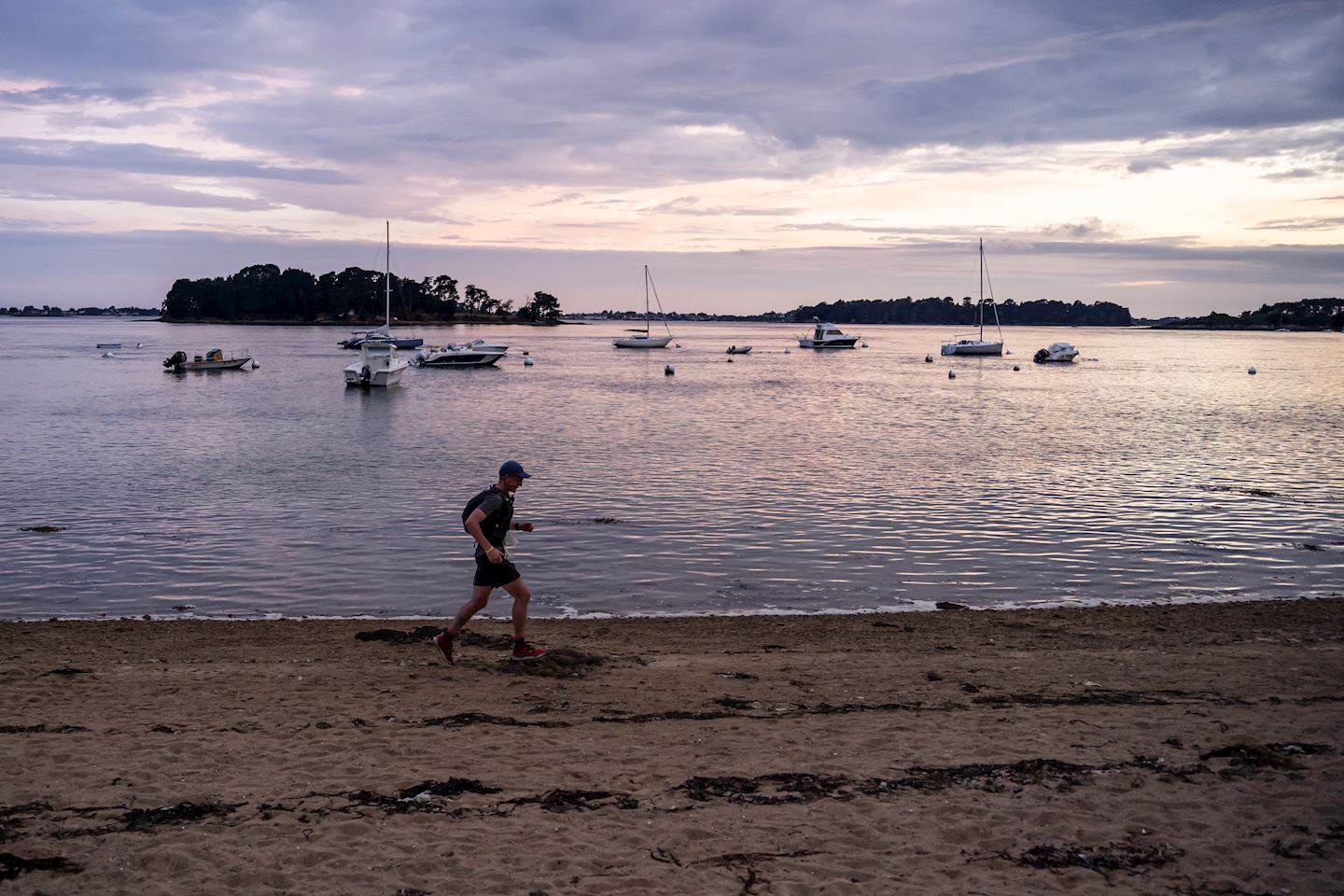 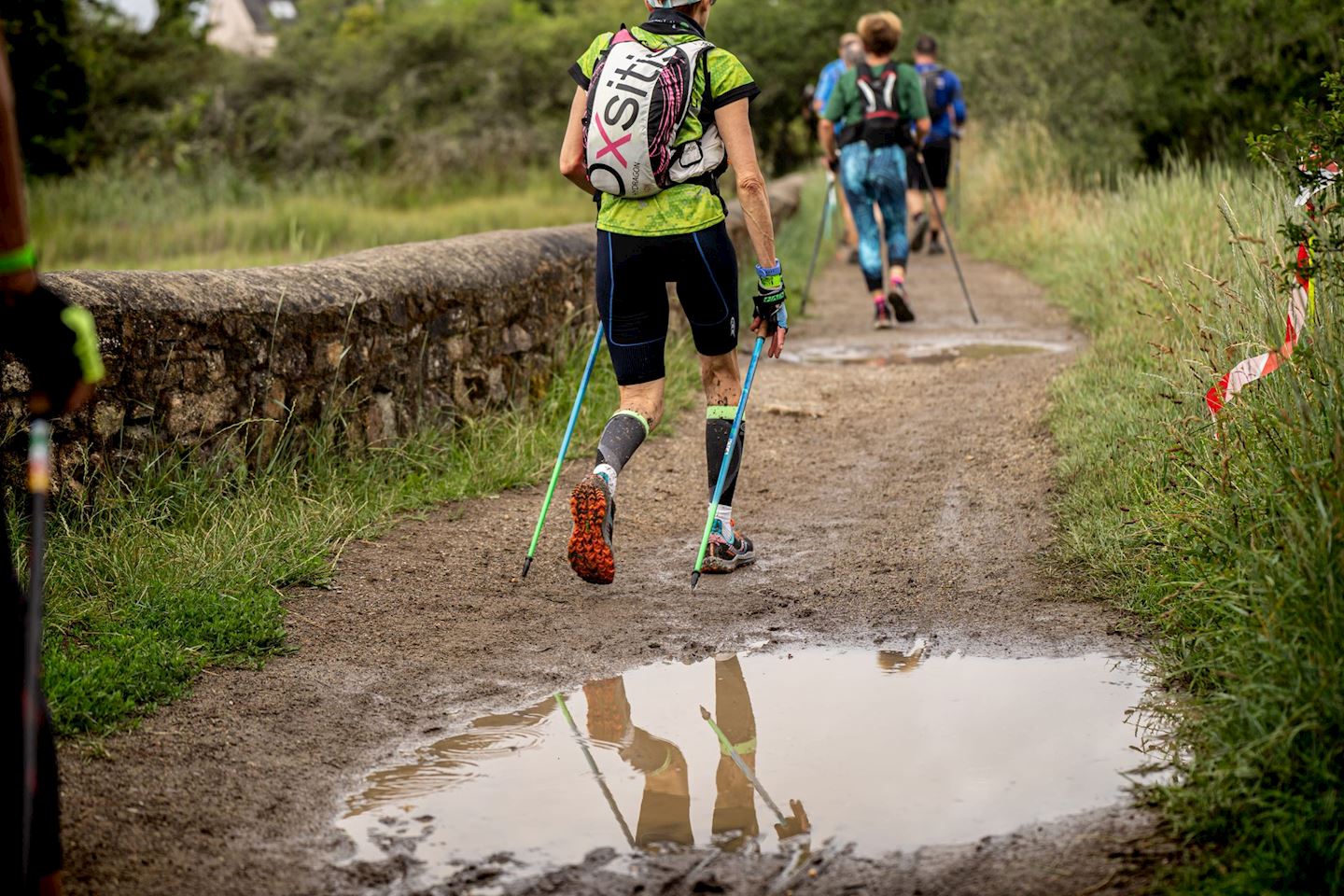 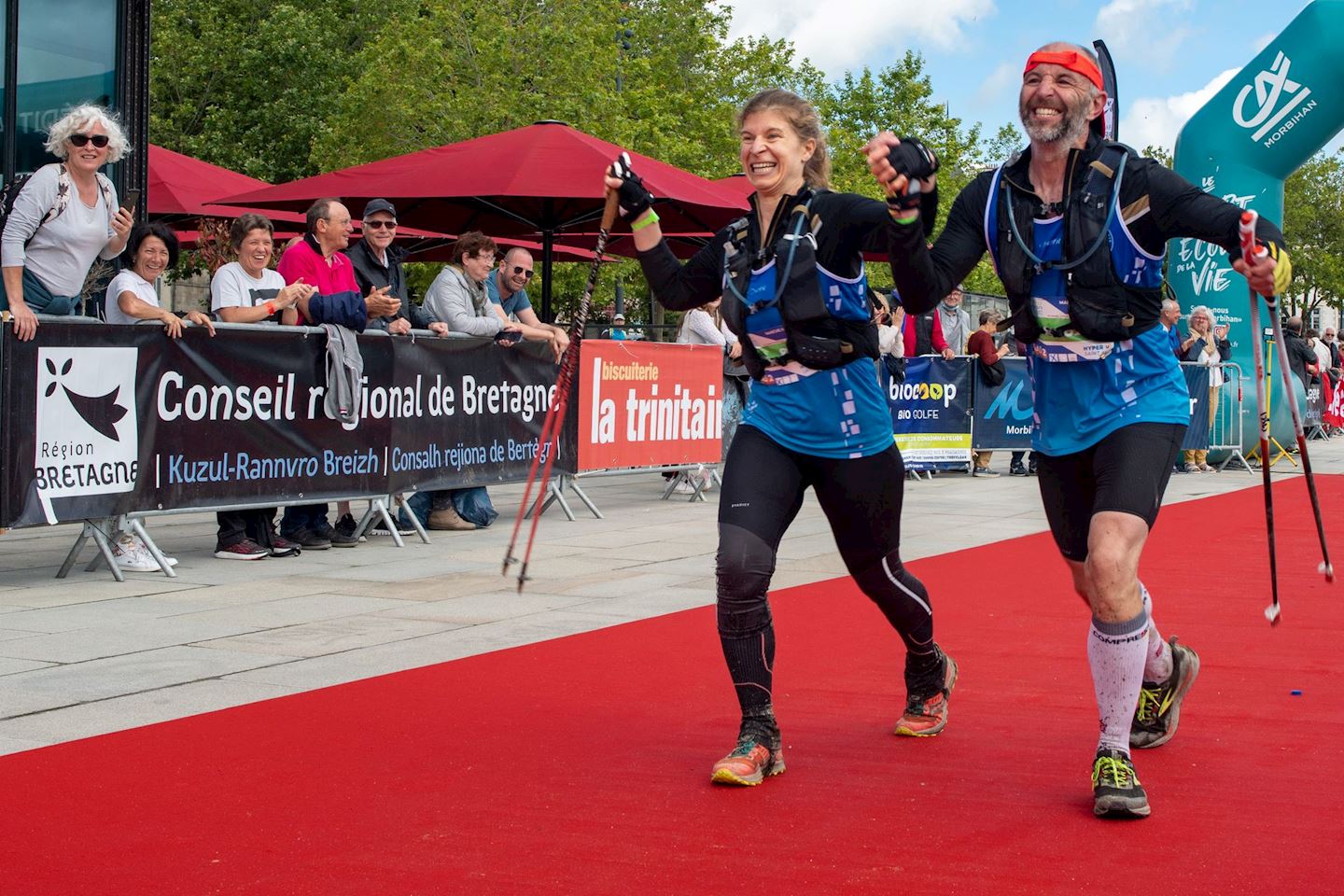 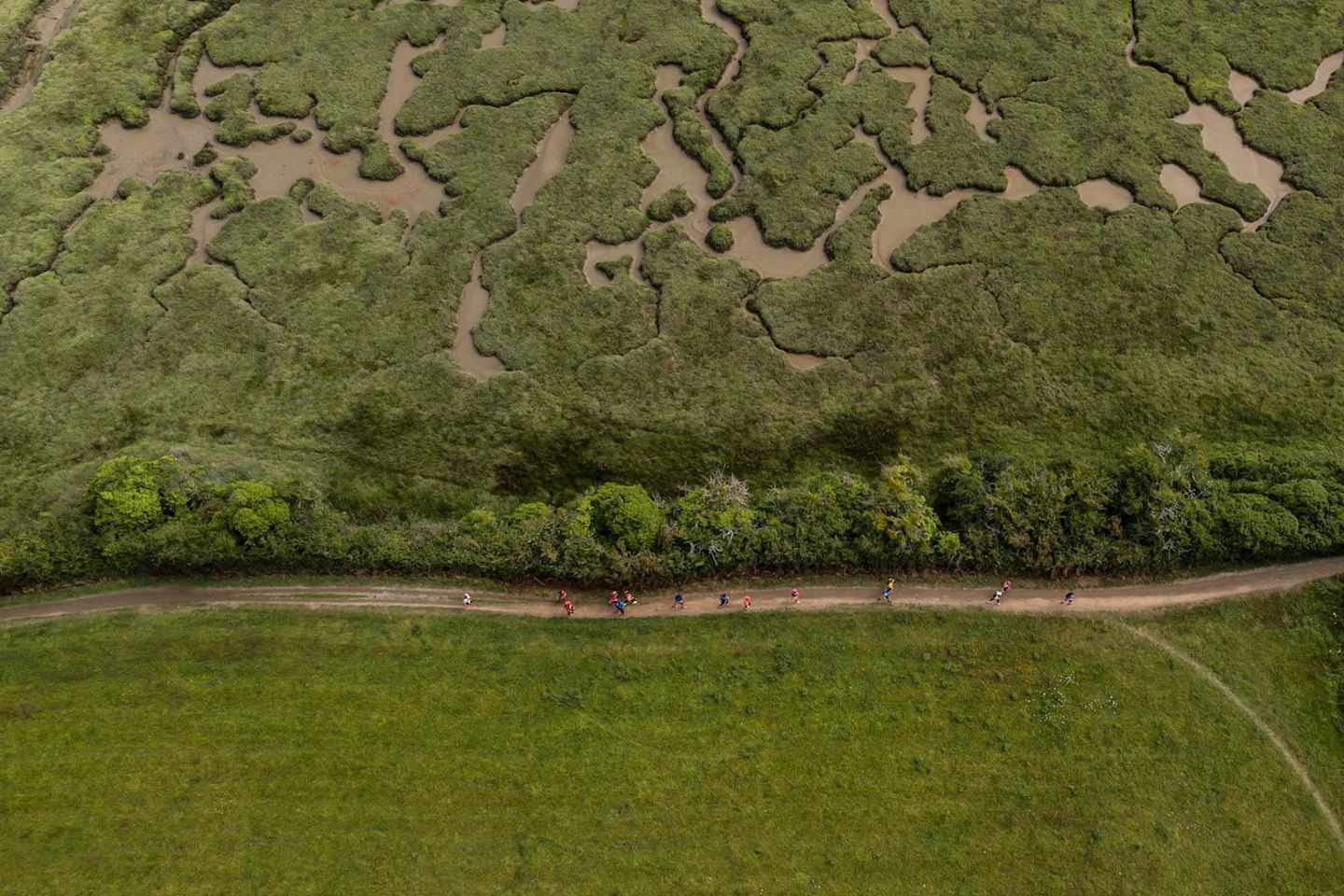 Since 2005, the Ultra Marin has been organizing foot races in june using the hiking trails around the Gulf of Morbihan. Each year, the competitors set off along the coastal paths of a bay labelled as one of the most beautiful in the world.

Going from one cove to another, passing on small beaches as well as in the middle of rocks, the runners will be able to enjoy magnificent landscapes all along the course.

The paths lined with heather and gorse take the runners through the pine woods, to the old tide mills of Noyalo or Pen Castel on the Rhuys peninsula. They cross the stone bridges and the old suspension bridge of Le Bono, with a breathtaking view of the river, to reach the many small ports along the route: The port of Saint-Goustan, Port-Navalo, Logeo, Port-Blanc or Port-Anna and Vannes.

Along the way, some menhirs appear here and there, as well as a megalithic site, that of Kernours in the commune of Le Bono. Some half-timbered houses, like those of the port of Saint-Goustan and its paved streets lined with small restaurants, or the small fishermen's houses along the coastal paths are to be discovered all along the journey. In the marshes of Séné du Hézo or Saint-Armel, many species of birds await the runners and will surprise the dreamers.

The arrival on the esplanade of the port of Vannes is the end of a weekend adventure for the finisher but which will certainly remain in the heads.

Course surface
Trail
Other tags
Seaside
Ocean View
UTMB Qualifier
Course highlights
The big raid It is the queen event of the Ultra Marin: the runners skirt the Gulf of Morbihan to complete a loop of a single stage of 175km from the port of Vannes. Halfway through the race, the runners will board semi-rigid boats for a timeless crossing between Locmariaquer and Arzon. New in 2022, the Grand Raid route will take runners on the ocean side to Sarzeau, before resuming the historic route on the GR 34.
Leggi di più Mostra meno 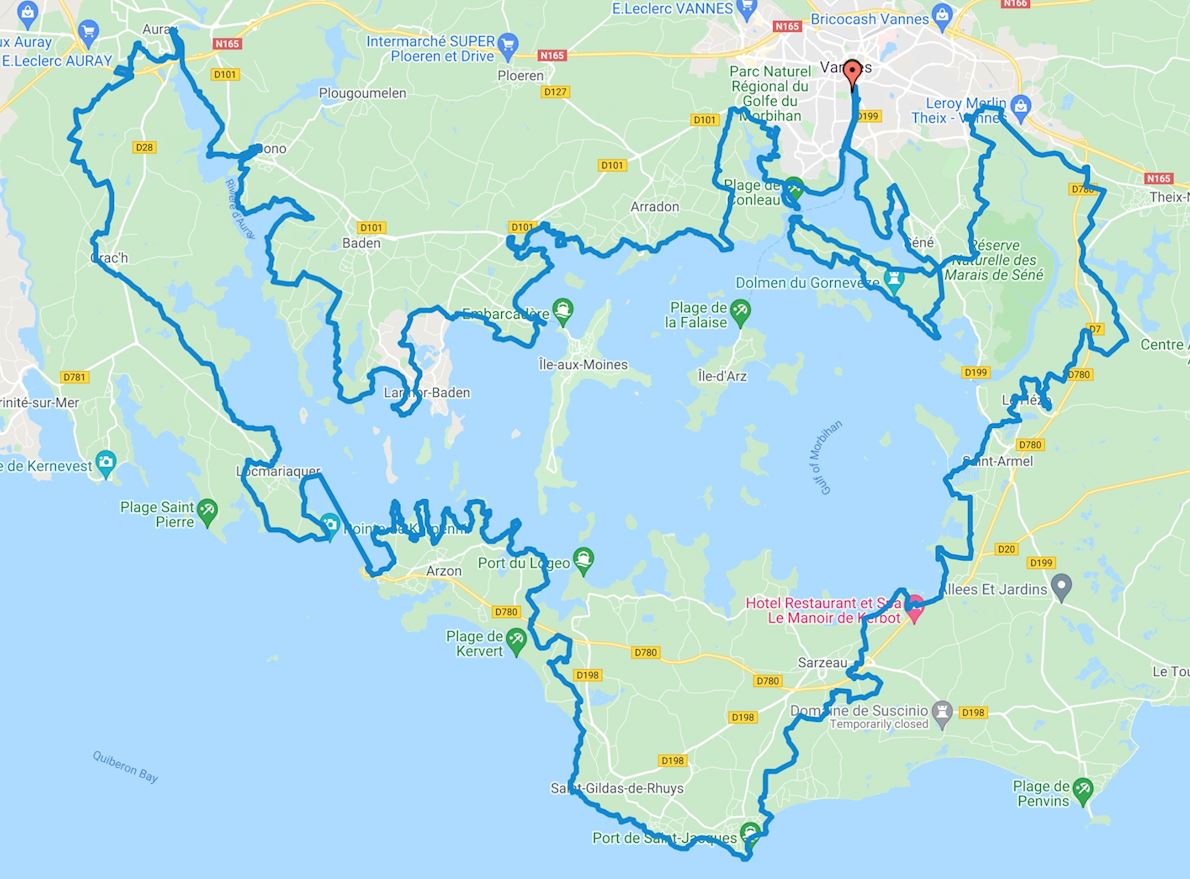 In the event of cancellation or postponement of an event, for any reason whatsoever, decided more than 15 days before the date of departure, a partial refund of 60% of the registration fees will be made. In the event of cancellation or postponement decided less than 15 days before departure or in the event of interruption of the race, for any reason whatsoever, in particular by prefectural decision, no registration refund will be made.