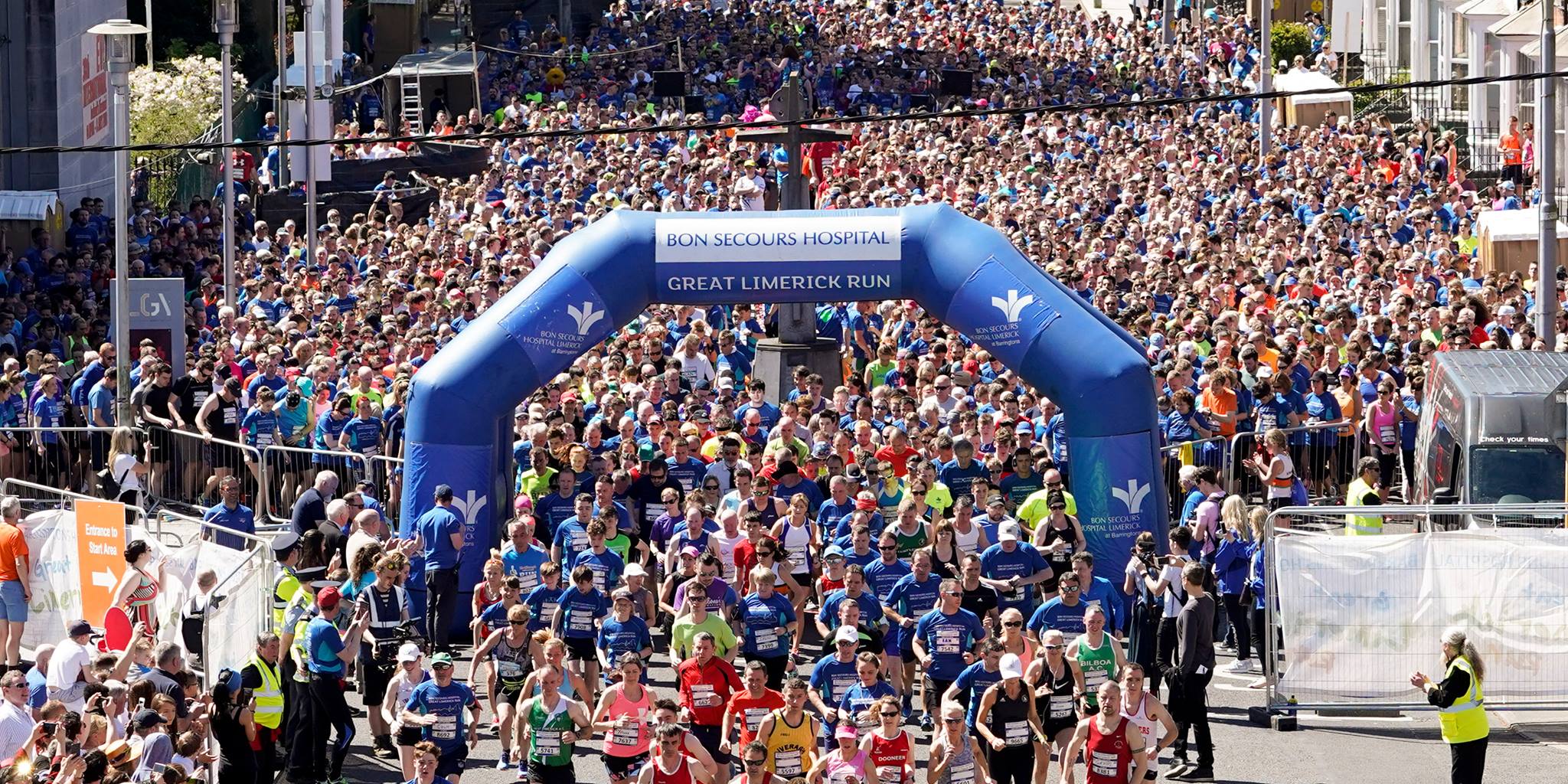 The marathon starts at the award winning People’s Park surrounded by Georgian Limerick. The course then heads to Childers Road – Rosbrien Rd – Punches Close – O’Connell Ave – Glentworth Street – Henry Street. The route then heads onto Clare Street and taking in the historic Canal Bank. Then to the University and Castletroy area as far as Vistakon, taking in the superb University Campus and the breath-taking Living Bridge. This route is a very popular running route for runners of all abilities including many world champions visiting Ger Hartman at the University Arena. The marathon course then returns to the city centre reaching the halfway point on Parnell Street. The route then heads to the Raheen area, before returning to the city along O’Connell Avenue. The route then goes to the West side of the River Shannon towards the Gaelic Grounds and the North Circular Road for the final 6 Miles. The last 6 Miles are filled with a wonderful array of historical, sporting and cultural sites, such as The Treaty Stone and Thomond Park Stadium, before finishing on Limericks O’Connell Street.
Leggi di più Mostra meno