See other Ultra Marathons in dicembre

There are two main distinctions between the San Juan Islands and Whidbey Island. First, Whidbey has a mainland bridge connection (via Deception Pass) and second, it has Oak Harbor, a modern mishmash of boxlike chain stores and recent urban development that looks rather like a Seattle suburb.

Keen to shake off its lackluster image, Oak Harbor has embarked upon a major charm offensive, with a redevelopment plan emphasizing its nautical heritage and waterfront amenities. The helpful Oak Harbor Visitor Center, situated on the town’s main drag, can tell you about the town’s not-so-obvious attractions. With that been said, Deception Pass 50k is the place to be.

The Deception Pass 50k is taking place at Deception Pass State Park which is named for the narrow and dramatic channel of water that separates Whidbey and Fidalgo Islands in the northern Puget Sound.

This scenic race is apart of the Rainshadow Running Series, which provides some of the most beautiful and challenging trail ultras throughout the Northwest, Rainshadow Races will leave you wondering: Why run anywhere else? Whether you’re a Rainshadow veteran, or brand new to our race series, we’re glad you’ve found us here!

There are two aid stations locations which the runners go through multiple times Bowman Bay Aid Station at mile 5.5 & 7.3 and Hoypus 14.6, 21.4, and 28.2. Our races strive to use as few disposable products as possible, therefore our aid stations will have just a tiny amount of cups, we highly recommend that runners carry their own cup or bottle or other drinking vessel. We will have Ultra Aspire collapsible cups for sale at the race for $5 or you can buy one in advance online and pick it up at the race.

Runners who would like to have a drop bag, with special personal supplies such as specific foods/drinks or extra clothes, at the aid stations can do so and leave their bag/s, labeled with their name, bib number and Aid Station name at check-in. 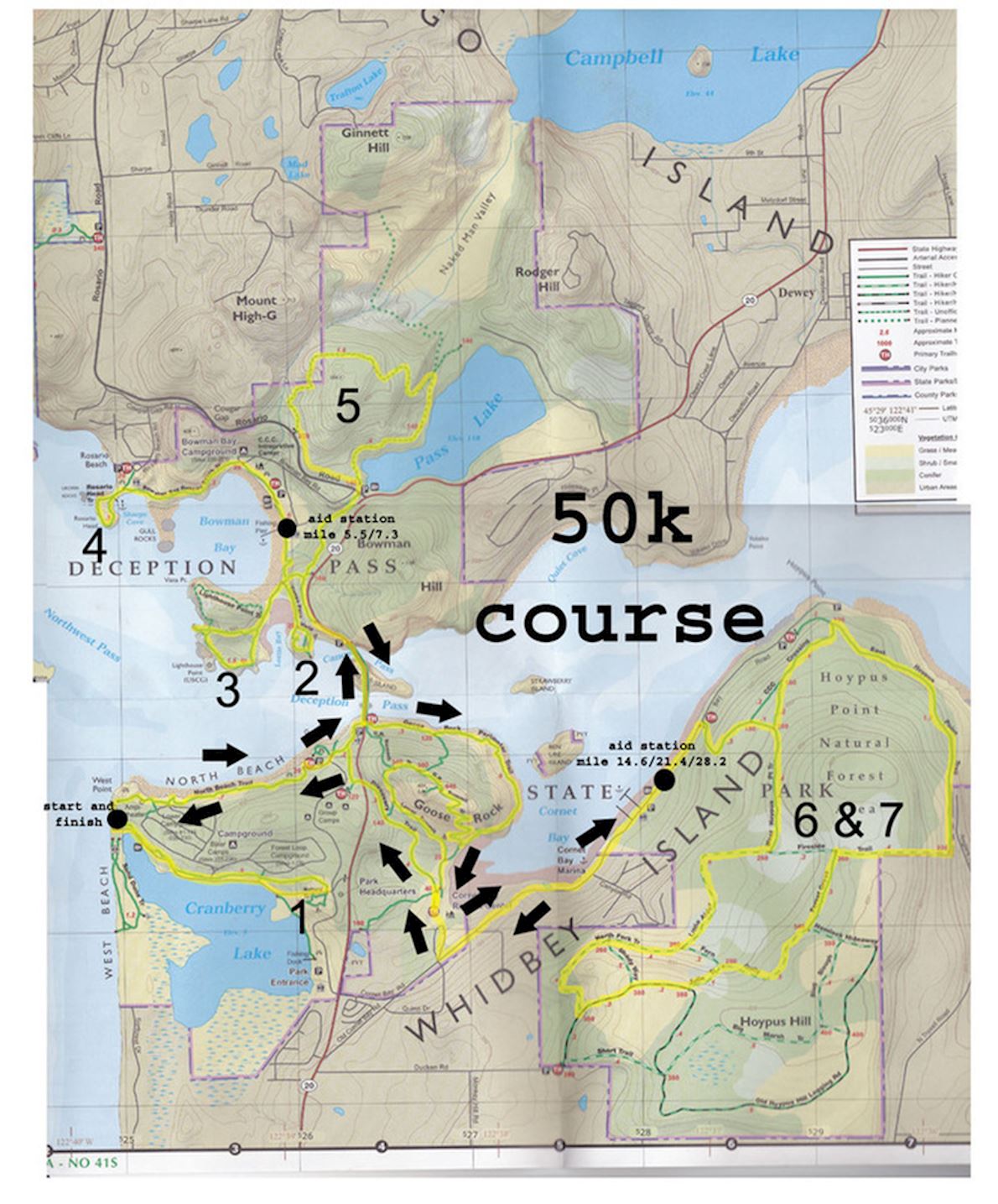 The area is famous for it's rugged coastline, steep cliffs, dense forests and great views. The race covers just about every inch of the park, running at times right at sea level and other times high above on bluffs and hills and twice crosses the pass itself via the historic Deception Pass Bridge which sits about 180 feet above the water.