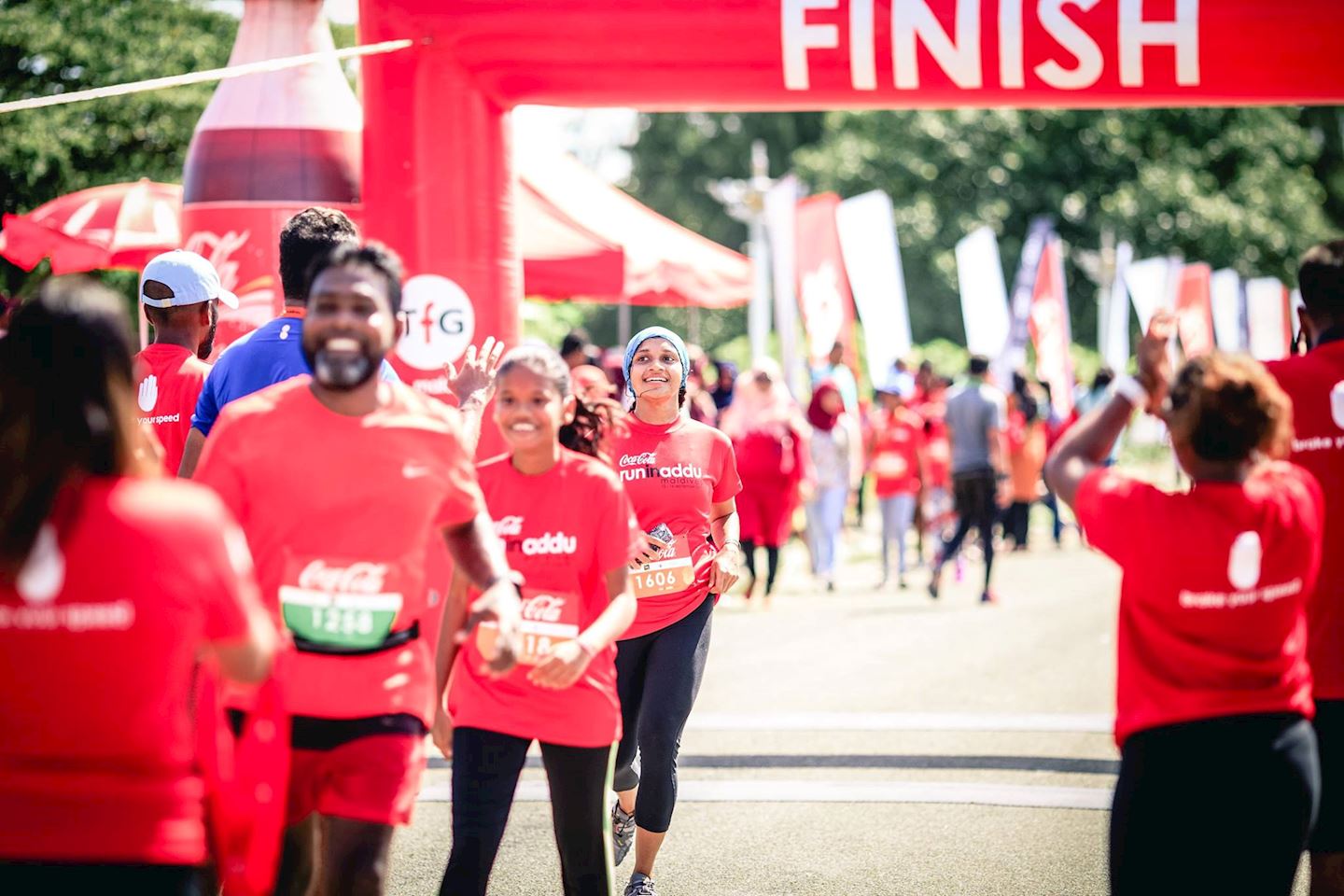 The 3rd edition of Coca-Cola runinaddu 2019 returns to the streets of Addu city on the month of august 2019.

Save the dates October 4-5 for yet another beautiful running festival from Total Fitness Group. marathoners will run through four inhabited islands including hithadhoo, maradhoo, maradhoo-feydhoo, feydhoo and finally the island of gan (the former british naval base), where they will take a U-turn back towards the finishing point.

all races will start and finish on “medheaari magu” in hithadhoo (between addu city council office and hithadhoo police station). The event expo will be held on the 2nd of October (Wednesday) till 4th of October (Friday) in the addu city council office (also the start/finish area). The expo will start 4pm and close 8pm. All runners must collect their bibs during the expo open times. no bibs will issued at the time of the event.

While you are at it, don’t forget to explore addu city (the southern most atoll in the maldives), its several dive spots, hithadhoo protected lake (edhigali kilhi), learn about its rich history and culture, taste the unique food,  and enjoy a day on one of the many beaches that could make you relax and bring life to a complete halt only as maldives can! 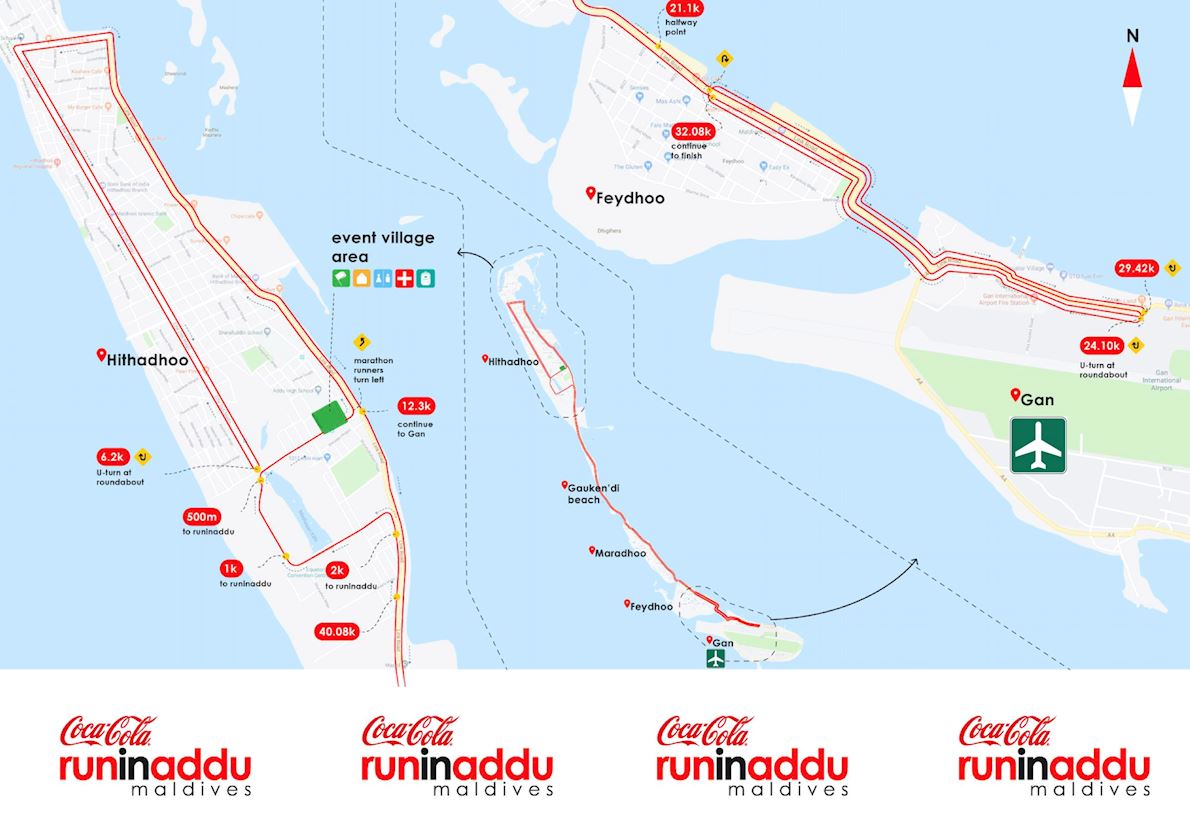