See other Marathons in dicembre

Angkor Wat International Half Marathon had been holding since December 1996 at one of famous heritage in the world which is designed a world heritage site by UNESCO in 1992.

Angkor Archaeological Park located in northern Cambodia, is one of the most important archaeological sites in South- East Asia. Stretching over some 400 sq. km, including forested area, Angkor contains the magnificent remains of several capitals of the Khmer Empire, from the 9th to the 15th century CE. These include the famous temple of Angkor Wat and, at Angkor Thom, the Bayon temple with its countless sculptural decorations.Runners from all over the world participate to support a ban on the manufacture and inhumane use of antipersonnel mines. Entry fees and additional financial support foster independence among landmine victims by helping provide prosthetic limbs, social reintegration programs, and supporting other relevant and needed programs such as education and prevention of HIV / AIDS.
Picturesque Scenic Historical Ancient UNESCO World Heritage Site Nature

We have Donor Press Release for the top donor

We have Medical Tent at the finish line

We have bag storage at the start/finish line

We have parking around Angkor Wat Temple

We will provide photo after the race but with fee charge

We have at the finish line

Half Marathon and 10 Km Road Race participants will use the timing ChampionChip.

Transportation will be served by yourself. But we have shuttle bus arrange with fee charge 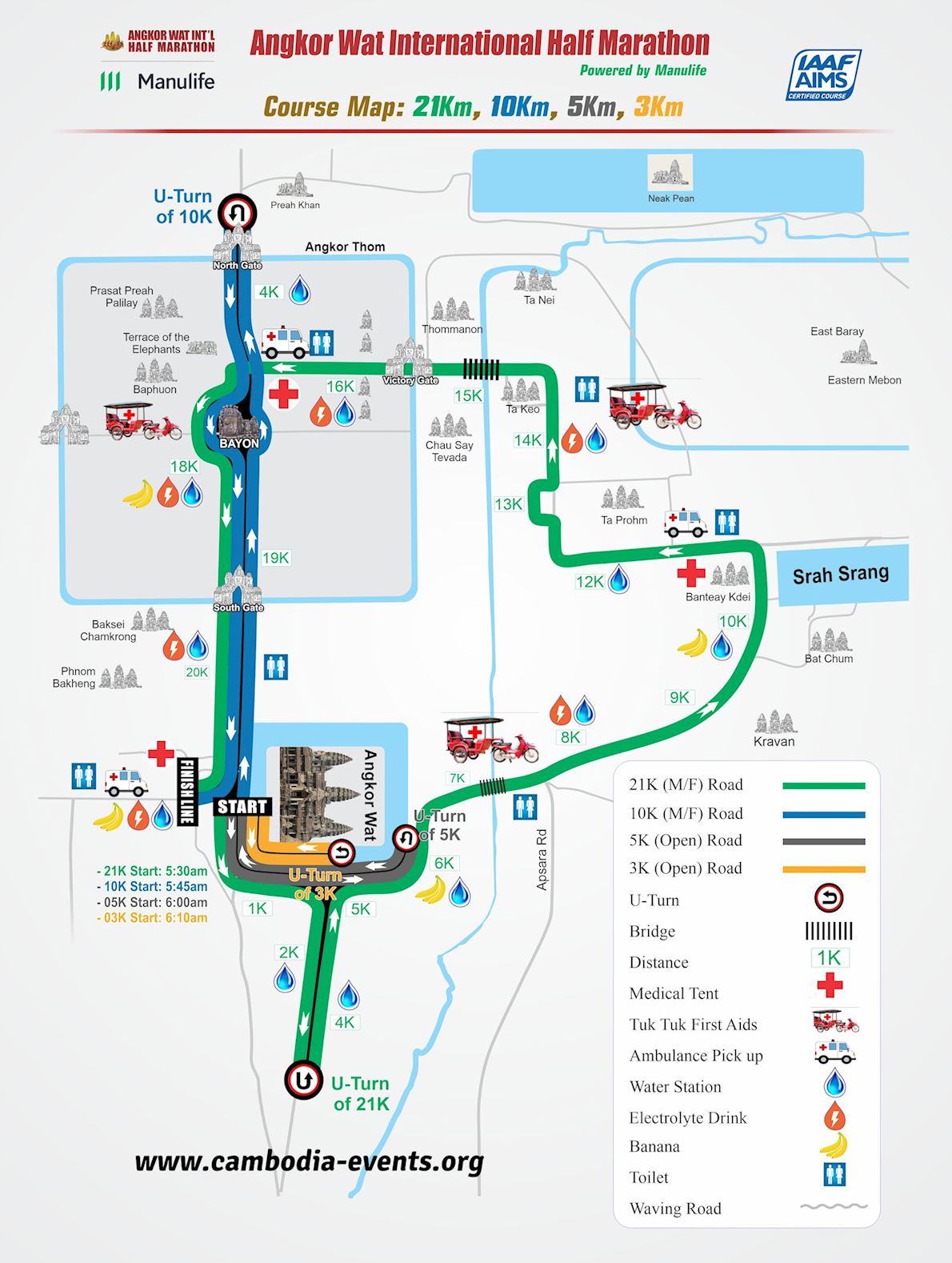