Buoyed by the success of the opening edition of the Standard Chartered Mumbai Marathon, Procam zeroed in on the capital city of India, New Delhi, and thus started the journey of the Delhi Half Marathon in 2005. Rio Olympics marathon champion and the fastest marathoner in the world, Eliud Kipchoge, chose to participate in and won the Airtel Delhi Half Marathon 2016. Daley Thompson, Jackie-Joyner Kersee, Sir Richard Hadlee, Alan Border and Cathy Freeman have been the event ambassadors of the world’s most prestigious IAAF Gold Label half-marathon.

The Airtel Delhi Half Marathon is an annual half marathon foot-race held in New Delhi, India. It is both an elite runner and mass participation event. It is an AIMS-certified course and is listed as a Gold Label Road Race by the IAAF. The 2017 event attracted around 35 000 runners who joined: the half marathon, the Open 10K, Great Delhi Run (6 km), Senior citizens’ Run (2.2 Km) and Champions with Disability (2.2 km). The half marathon is the elite runner race, while the Great Delhi Run attracts the majority of participants overall.

The inaugural edition in 2005 had total prize money of US$310,000 to attract high calibre professional athletes. The prize for the winners of the men's and women's race was $25,000 dollars in 2009. The race was sponsored by Hutchison Essar for its first two races, and the company sponsored the event as Vodafone Essar in 2007 following a takeover. India's largest Telecom company Airtel held the title sponsor role since 2008.

All finishers of the half marathon race category will get a Finisher Medal post their run on race day– medals will not be posted to individual runners. Timing certificates of half marathon finishers will be available for download from the event website within 21 days from race day. 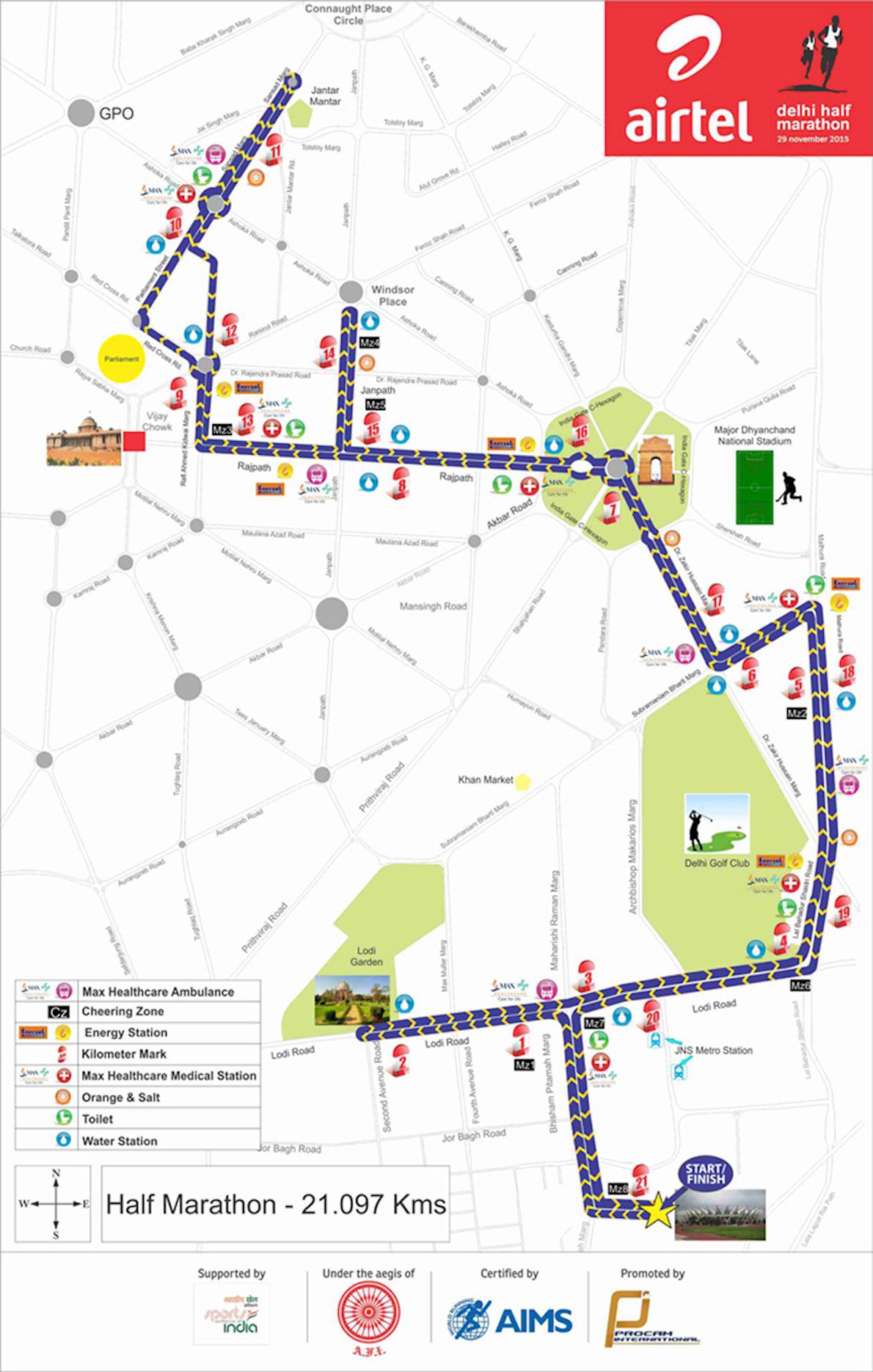 Bipasha Basu has been the stunning Face of the Airtel Delhi Half Marathon since 2010, growing into her role with every edition. Fit as ever, she received many accolades for encouraging running as a sport for fitness. This year will see her reprise her role which she believes to be the best yet – The Diva who Runs for a Cause – To make you fit!Starting out as a model, Bipasha soon ruled over the ramp before becoming of one the top actresses in the Indian Film Industry. Her perseverance is well known and her 100% dedication to every task that she does, are quoted as exemplary.