See other Marathons in décembre 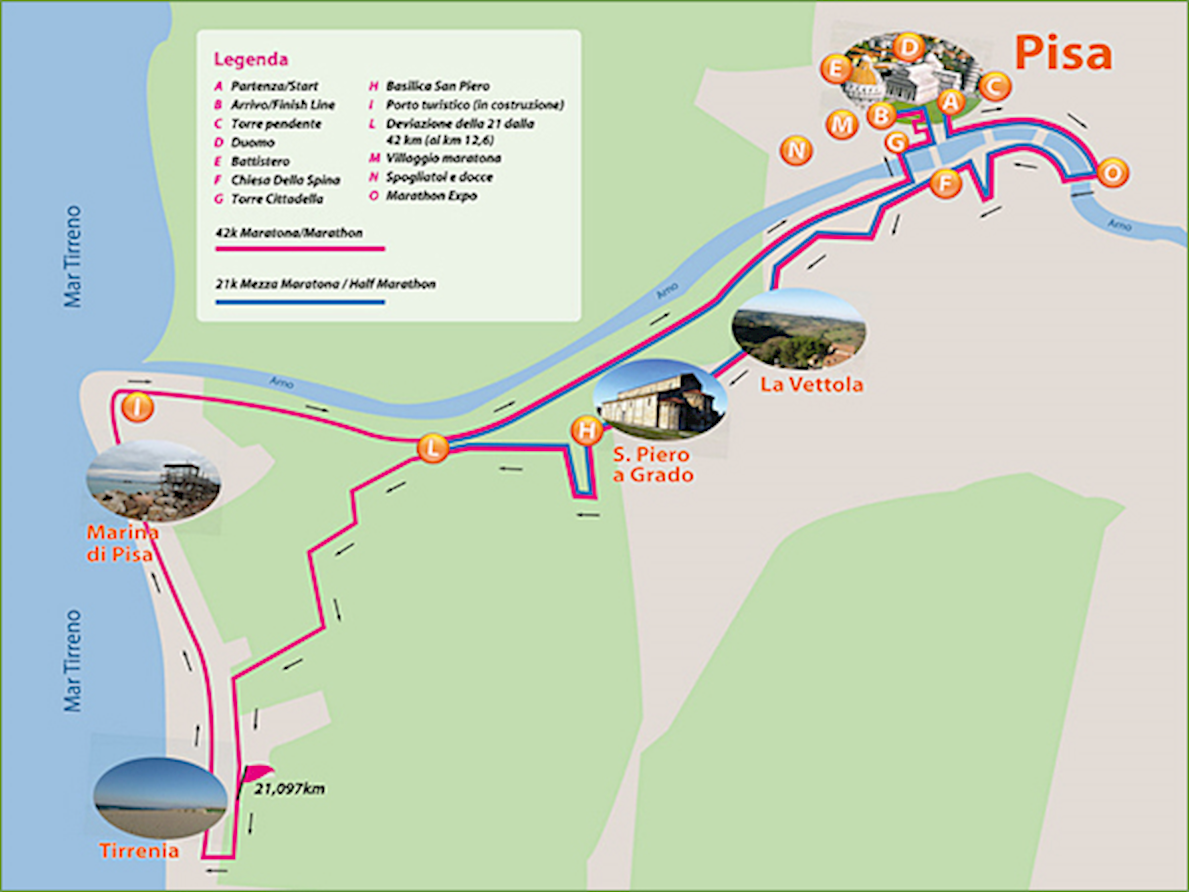 Once a maritime power to rival Genoa and Venice, Pisa now draws its fame from an architectural project gone terribly wrong. But the world-famous Leaning Tower is just one of many noteworthy sights in this compelling city. Education has fuelled the local economy since the 1400s, and students from across Italy compete for places in its elite university. This endows the centre of town with a vibrant cafe and bar scene, balancing an enviable portfolio of well-maintained Romanesque buildings, Gothic churches and Renaissance piazzas with a lively street life dominated by locals rather than tourists – a charm you will definitely not discover if you restrict your visit to Piazza dei Miracoli.