See other Marathons in mars

Olympia Marathon highlights the connection between the Olympic Games and the Marathon. In the ancient Olympic Games the athletes were gathering in the city of Elis to train and to compete for a place in the Games. The trip from Elis to Olympia started two days before the opening ceremony of the Olympic Games. Participants, trainers, hellanodikai (the judges of the Olympic games) and thousands of people formed a procession and walked on the Sacred Road that lead them to Olympia. 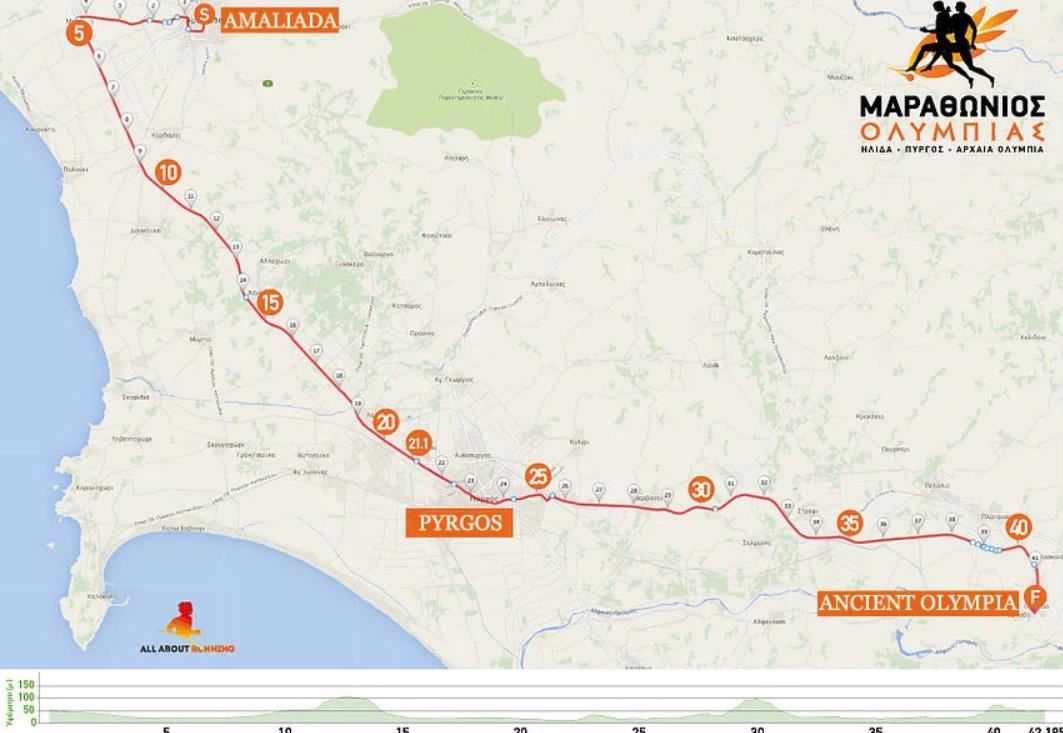 Because it offers an authentic combination not only for reaping the fruits of a Marathon physically but also for living the history of the athletic event at its birthplace. Runners will have the chance to visit the Ancient Stadium, the Temple of Hera, the Archaeological Museum of Olympia, one the most important museums of Greece, and admire the ivory-gold Statue of Zeus made by Phidias which is one of the Seven Wonders of the Ancient World.