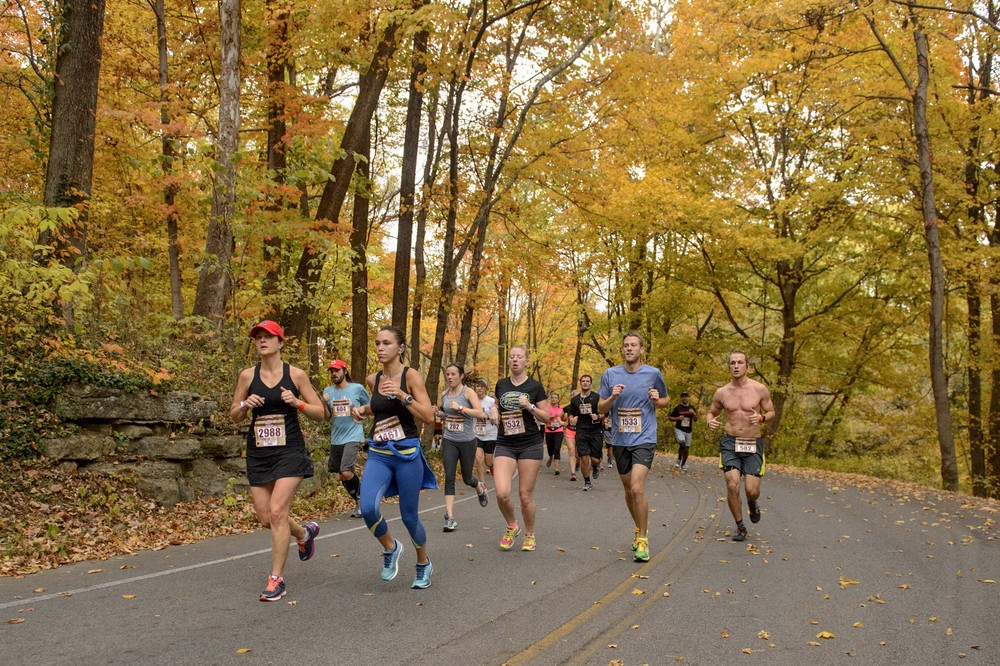 The post-race Urban Bourbon Bash will be held on the Belvedere from 9:30 a.m. – 1 p.m. Race participants can enjoy a sampling of bourbons from various distillers along the Kentucky Bourbon Trail, Bearno’s Pizza, Falls City Beer and plenty of prize and photo opportunities. The popular local band the Louisville Crashers will perform at the post-race party.

You must be at least 21 on race day to register.

There are 7 water stations strategically placed on the course. Porta-potties will be available near aid stations.

Gear Check will be available at the start and finish.

There is plenty of parking near the course.

At the finish line, walkers and runners will enjoy the traditional fruit, bagels, Powerade and chocolate milk.