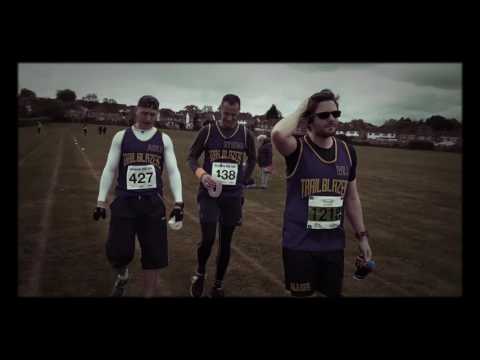 Welcome to the Mid Sussex Marathon Weekend, the only event to bring the three MY ESCAPE
towns of Mid Sussex (East Grinstead, Haywards Heath and Burgess Hill) together.

Hosted by Mid Sussex District Council along with the East Grinstead, Haywards Heath and Burgess Hill Town Councils the event has been staged annually since 2012.

The three races combined will cover a total of 26.2 miles – the classic marathon distance. Using undulating roads, trails and pathways in and around Mid Sussex, the races are run over mainly traffic-free routes. The event suits runners of all standards including those new to 10 mile races. Runners can enter each race individually but those completing all three will receive a special commemorative Marathon Weekend medal as well as their individual race medals. In addition to the main races, there will be a Mid Sussex Mile race open to all, including younger runners and those seeking a more leisurely distance.

The race starts at the East Grinstead Rugby Club and, after a short road section, joins the footpaths and trails down to, and around, Weir Wood Reservoir. Virtually all of the route is off-road and traffic free. Participants then return to the Rugby Club for the finish.

Runners will start on South Road High Street before entering Victoria Park to complete two course loops covering roads, paths, trails and footpaths in and around Haywards Heath. Much of the route is off-road and mainly traffic free.

The race starts on The Burgess Hill Academy playing field and exits via Woodlands Meed School onto Chanctonbury Road. Runners then run up Chanctonbury Road to Nightingale Meadows where they do two laps of the fields before returning to the College by the same route.

Water will be available for all participants at approximately every three miles during the race, with additional water available at the start and finish. Participants are urged to ensure they are hydrated fully before beginning the race and if the weather is likely to be warm, you should consider carrying your own supply of water as well.

All finishers will receive a medal and, in addition, prizes will be available for race winners and winners of age categories. The prizes will be awarded approximately 45 minutes after the first finisher.

There will be car parking available to participants and their supporters. Please follow the signs when you arrive.

The race will be incorporating chip timing and your timing chip will be posted out to you with your race number prior to the race. The timing chips are disposable and therefore do not need to be handed in after the race.