See other Ultra Marathons in octubre

The course will have two major aid stations, New Country Aid Station, which is the start and end of every loop, and Whiskey Girl, which is just about the halfway mark, at 5.14 miles. At New Country runners can leave a drop bag at the start with anything needed for the race, we will have shelter there. Crew can access this point.

Whiskey Girl has a larger parking lot along with roadside parking, where crew members can see their runners here. We will also provide drop bag service for any runner who needs their “special items” here.

Both aid stations will be well stocked with water, HEED, Hammer Gels and tasty treats, sandwiches, baked items and the hot foods for late night hours. If you’ve got any requests please send them to [email protected] so we can make sure they are there. 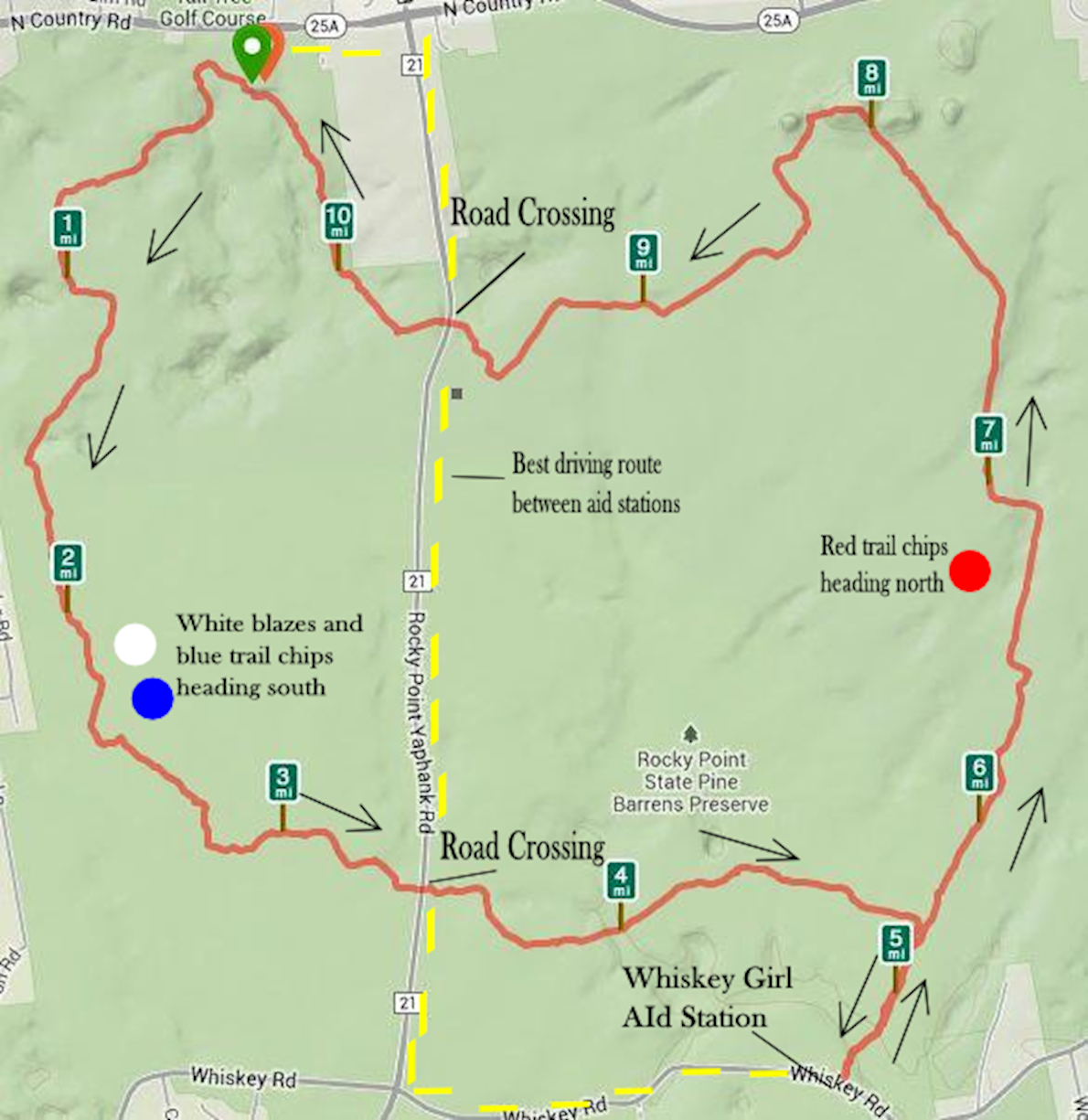 You’ll be running on some of the nicest trails the the Long Island Greenbelt has to offer.