Maratón Internacional De Buenos Aires is an annual marathon foot-race which takes place in Buenos Aires, Argentina, during the Southern Hemisphere’s Spring, usually in October.The Buenos Aires Marathon was first run in 1984 when it was won by Ruben Aguiar. It is organized by the Foundation for Sport Rhea Argentino. The International Association of Athletics Federation (IAAF) appointed Buenos Aires Marathon as one of the qualifying events in this trial for the Olympics. One of the main objetive of the Buenos Aires Marathon, is that the athletes enjoy to the maximum of Buenos Aires.
It is mandatory to present your medical certificate on the race day to participate in the event.
Leer más Mostrar menos 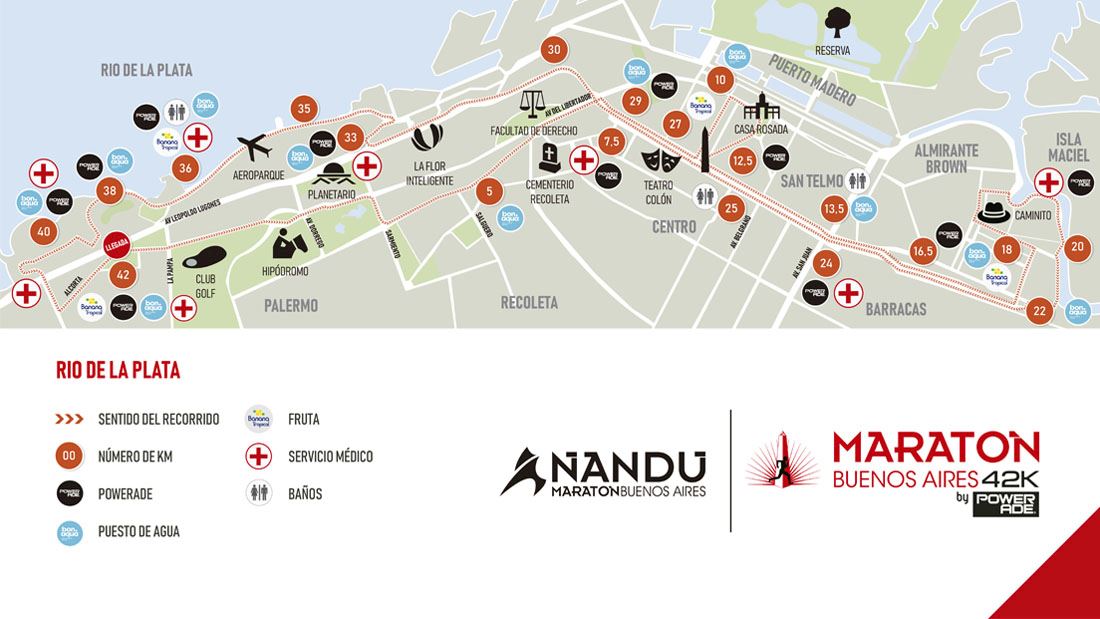