The KY History Half Marathon offers a route that unfolds around the state capitol building and along the city’s scenic Riverside Trail, with several historic places to see  in the state’s capital city.

The race, which is designed as a benefit for the Kentucky Historical Society here in what is the nation’s fifth-smallest state capitol, takes runners past some of this city’s most famous historical sites, like the First Baptist Church and the Old Governor’s Mansion early in the race.

It promises to be a fun and fulfilling run as runners take a journey through history in this half marathon.

Water and SWORD hydration stations will be available at roughly every 1.5 miles along the route.

All finishers in the half marathon will receive a finisher’s medal. 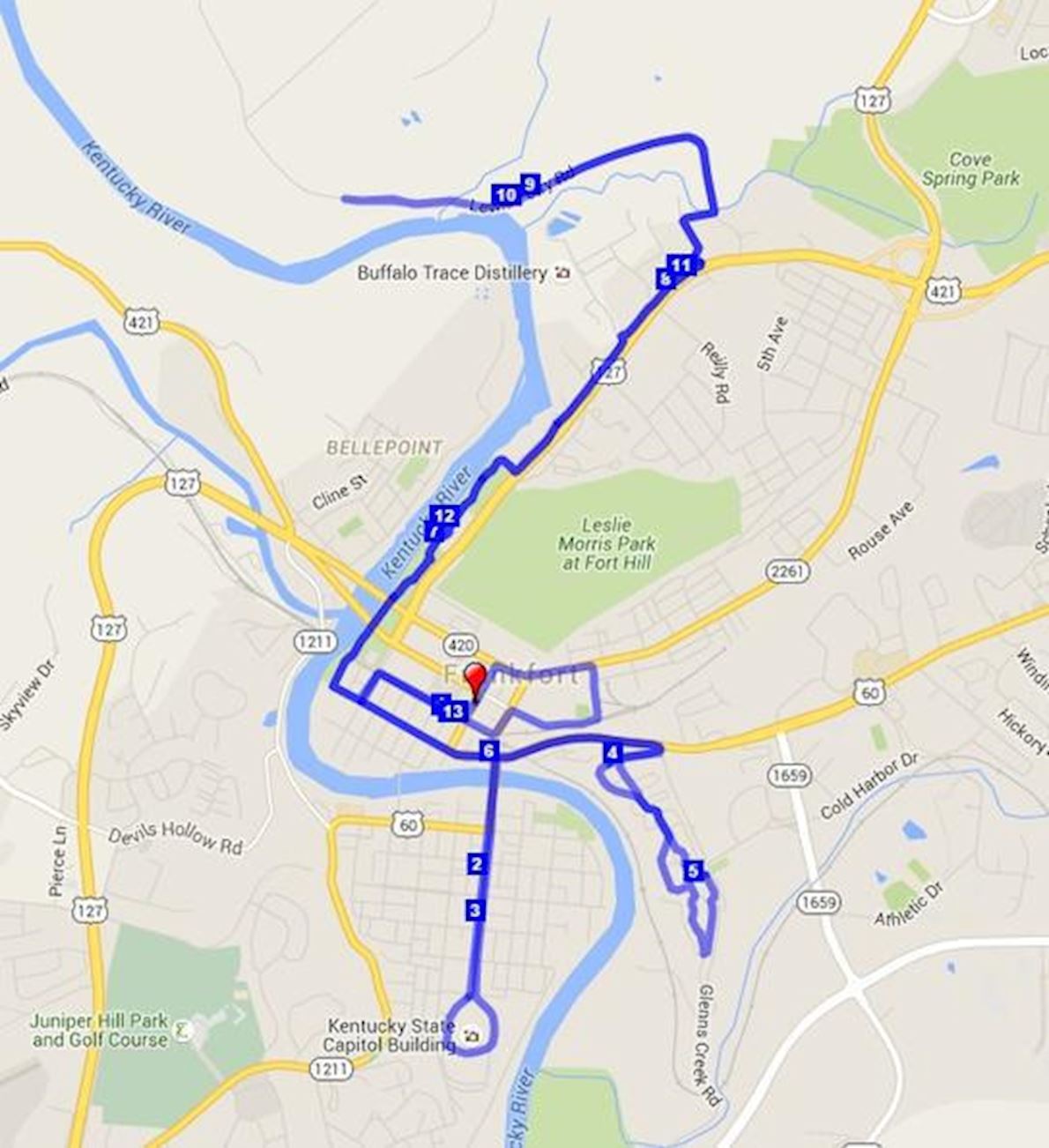 Runners pass some of this city’s most famous historical sites, like the First Baptist Church and the Old Governor’s Mansion early in the race. Used from 1797 until 1914, the mansion – which runners will pass on High Street – was the home of 33 of the state’s governors and later became the home of its lieutenant governors.

As the race keeps on along Broadway and High Streets, runners pass by Frankfort Union Station, which was built in 1908 and saw its final passenger train leave the station in 1971.

Later in the race, runners will make their way along the “Mile of Remembrance,” a stretch through Frankfort Cemetery that offers the chance to see the grave site of Daniel Boone and his wife – yes, that Daniel Boone, the historic pioneer – as well as the “State Mound,” which stands in honour of all of Kentucky’s sons and daughters who have lost their lives in defence of their country.

START on Ann Street next to Kentucky Historical Society RIGHT on Holmes RIGHT on Regan LEFT on High RIGHT on Broadway LEFT on Wilkinson LEFT on Main RIGHT on Capital (up/around and back from Capital Bldg.) RIGHT on US 60 (up hill) RIGHT on Glenn’s Creek and immediately into Frankfort Cemetery Loop through cemetery and back out onto Glenn’s Creek LEFT on US 60 to Main Street to Riverside Trail RIGHT onto Riverside Trail. STRAIGHT through intersection at Fair Oaks Ln. and transition to the sidewalk. Sharp LEFT at the entrance to Southern States, then make your way to the right of the Division of Water Building. Take a RIGHT just past the Division of Water, then LEFT on Old Lewis Ferry (long out and back past back entrance of Buffalo Trace). RIGHT on Wilkinson Blvd. to BP Station and Riverside Trail LEFT on Wilkinson Blvd. RIGHT on Broadway LEFT on Ann Street (Finish on Ann Street, same as START)