See other Half Marathons in February

About Giulietta & Romeo Half Marathon

Showers, massage, free pasta party for the athletes after the race at the Marathon Expo

Official medal for all finishers

Near the Sports Hall there are large parking lots, reserved for the weekend of the event.

Refreshment in the start/finishing area and along the route

Rental of the chip for the detection of race time 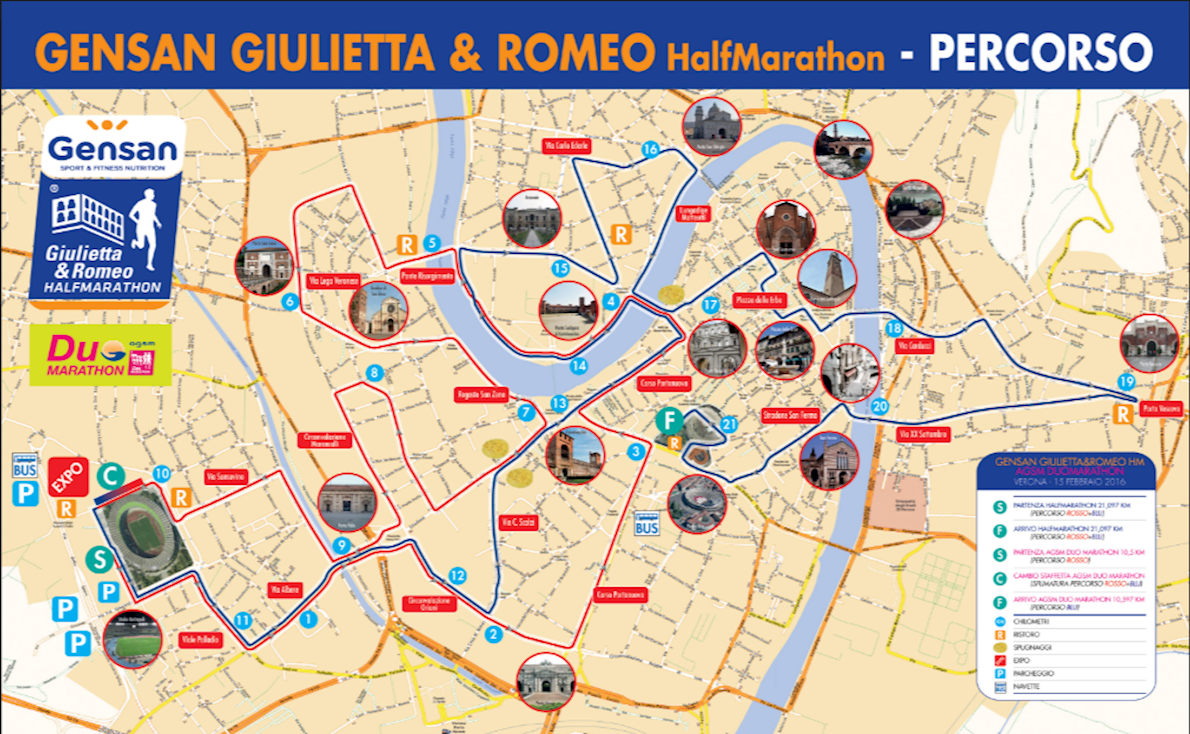 Piazza Bra, in the center of Verona

Three of Shakespeare's plays are set in Verona: Romeo and Juliet, The Two Gentlemen of Verona, and The Taming of the Shrew.

The city has been awarded World Heritage Site status by UNESCO because of its urban structure and architecture.