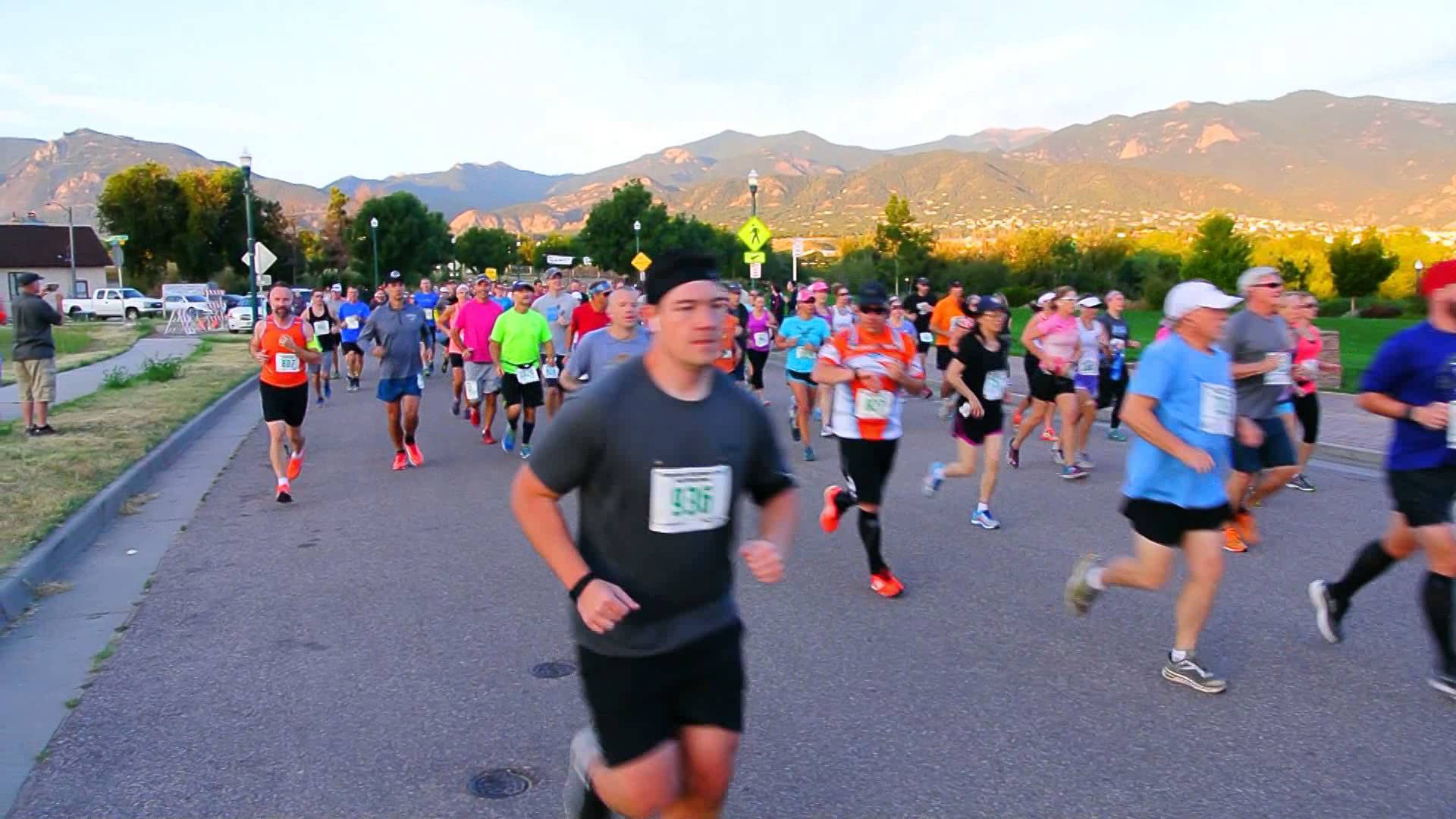 One of the nation's first destination resorts, Colorado Springs is now the state’s second-largest city and one of many faces. Its natural beauty and pleasant climate attract legions of visitors from around the globe, who come to ascend the summit of majestic Pikes Peak and admire the exquisite sandstone spires of the Garden of the Gods.

A handful of sights, from the excellent fine-arts museum to the historic Air Force Academy, add to the undeniable appeal of the monumental Front Range. With that being said, the American Discovery Trail Marathon is the place to be.

The ADT Marathon is the RRCA Colorado State Championship Race. The Marathon will start at 6:30 AM, in downtown Colorado Springs at the America the Beautiful Park. Runners will run south on the Pikes Peak Greenway to a turnaround at approximately 2.5 miles and then turn back north along the same trail, continuing to just south of the United States Air Force Academy south (trail) gate. Runners turn there and return south to the finish line at the America the Beautiful Park. The course is an urban trail with sections of concrete, asphalt and crushed granite. Some of the concrete sections have an adjacent soft shoulder.

Aid stations will be available at least every two miles. Water and Gatorade will be offered at each station, with GU Energy Gel at select stations. Aid stations will close after the Cut-Off times by location and all by 1:00 pm.

Prizes will be awarded to the top three overall and masters female and male finishers. Age group prizes will also be awarded. For further details, please visit the Awards page. Post Race Meal - Food and Bristol beer, along with other refreshments, will be available after the race.ALL FINISHERS:All finishers of the ADT races will receive a commemorative medal. OVERALL MARATHON FINISHERS:The top male & female finishers and top male & female masters finishers will receive cash prizes. There will be no award double dipping.