See other Marathons in febrero

On its X Anniversary, Marató BP Castelló obtains the Bronze Label of the IAAF.

On February 16, 2020, Castelló de La Plana will celebrate the tenth anniversary of Marató BP Castelló. An unavoidable appointment in the regional, national and international sports calendar, which will gather more than 4000 runners from around the world and will undoubtedly consolidate Castelló as a reference sports city.

Thanks to the effort of the organization, full attention to the runners, the impetus and encouragement of the volunteers and citizens of Castelló and the collaboration of the different organizations of the city, the race has achieved great success and is already one of the favorites of the Popular and elite runners.

On this occasion, thanks to the design of a faster, more flat and rectilinear circuit, Marató BP Castelló has managed to gain a foothold among the most renowned races, having won the LABLE BRONZE IAAF world recognition in the last edition. A great step for the test and especially to attract that sports tourism that is looking for quality tests around the world. Castellón is already one of them. Andualem Belay Sherifaw, with an incredible 2:08:16 mark, broke the test record and placed us in the fourth fastest marathon position in Spain. Also in the 10k they were able to break the test records, positioning us as an optimal race to overcome plus-marks by the runners

14 supplies on the run, with water, powerade, fruit and gels.

Free photography service for all runners. 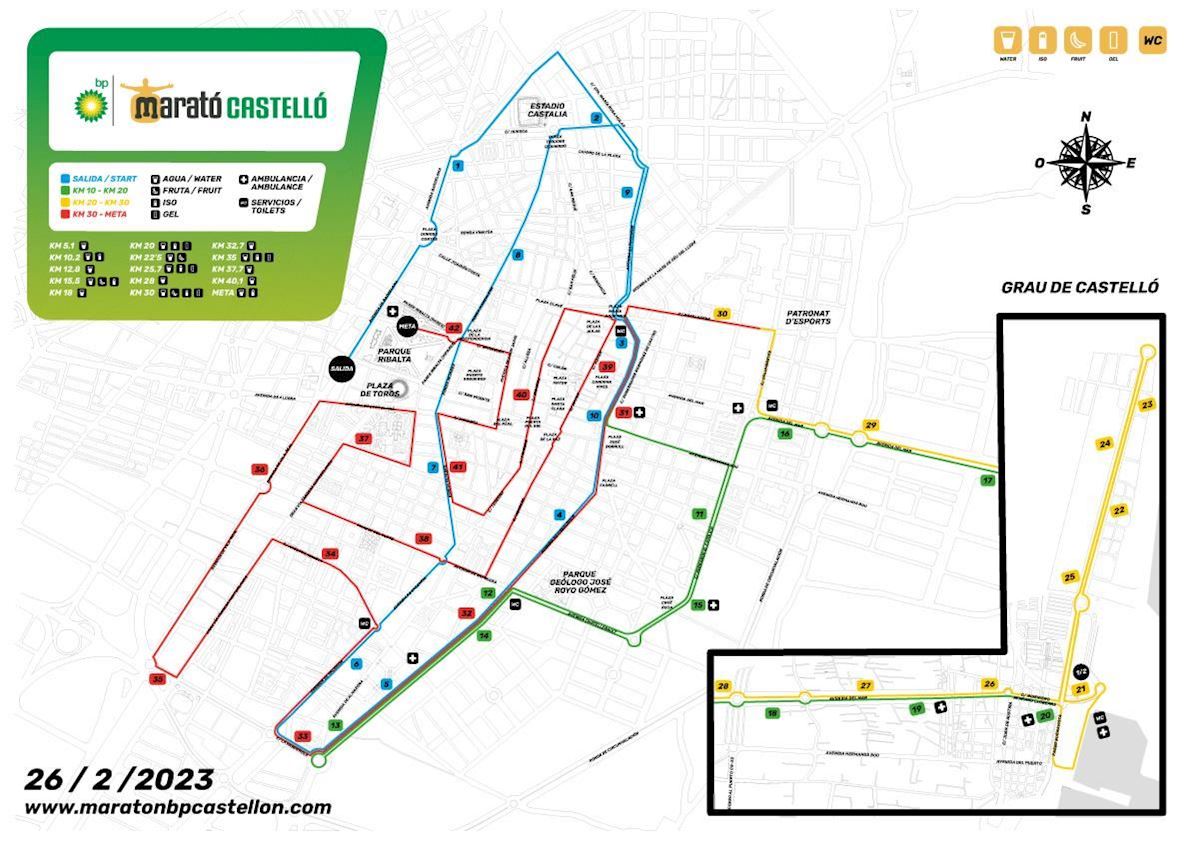