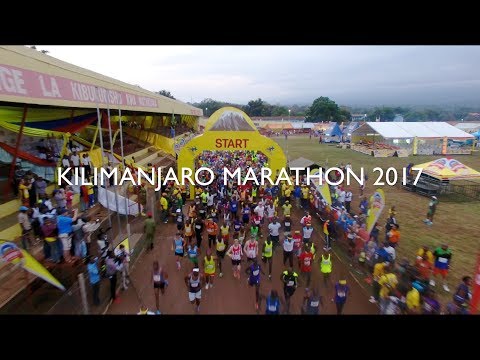 Situated south of the equator – in Tanzania – at 5 895 metres, this is Africa’s highest mountain and the highest free standing mountain in the world (as it is not part of a mountain range).  Huge permanent glaciers flow down from the summit, and the sheer presence of this huge mountain dominates the entire area. An icon in Africa, “Kili “ as she is affectionately known, is one of the sights every person should see at least once in his or her life.Every year, at the end of February/beginning March, a standard 42.2 km marathon, a 21.1 km half marathon and a 5 km fun run will be held in the town of Moshi, Tanzania.

This race has been set up to promote the sport in Tanzania, and has the official backing of the Tanzania Tourist Board, the Tanzania Amateur Athletics Association, the IAAF, and is registered with AIMS. As a fully registered IAAF race, the marathon has official marshalling, time-keeping and refreshment points at regular intervals. It may be used as a qualifier for Comrades. The race is run under the watchful eye of Mount Kilimanjaro, with the altitude gain being quite manageable and with the entire race being completed between 830 and 1150m asl, on good tarred roads. Kilimanjaro Marathon is hosted by the city of Moshi, Tanzania. Enthusiastic local crowd support cheers you along the route, and the social runners amongst you may even stop for a cold ‘Kili’ beer along the way!

The route passes through many small-holder farms, villages, sections of Moshi town (which is very quiet on a Sunday morning!), banana and coffee plantations and patches of forest, providing great excitement to the residents who give ample vocal support. The atmosphere in the stadium is electric with local bands playing, entertainment, crowds of local enthusiasts to cheer the runners, and lots of food and drink for sale.

Travel arrangements and packages to access the race are being provided by Wild Frontiers, the official tour operator, a Tanzanian inbound operator with its head office in South Africa, as well as operations in Uganda. Wild Frontiers is highly experienced in travel to Tanzania and are members of TATO (Tanzania Tour Operators).

The race is completely backed up, and manned by local organisations. Crowd control and traffic control are provided for, as is medical assistance and communications.

Official timekeeping is arranged, as is an official prize giving and function attended by local dignitaries.

FULL MARATHON
From the stadium, the route is a fairly flat 10 out on the road to Dar es Salaam, returning on the same road back past the stadium gate – the Full is now 30 minutes behind the half, on the same route.

The second half of the race is the half marathon, described below.

HALF MARATHON
Starts 0700, outside of the college gate, and turns north, towards the mountain. Uphill, about 250 altitude gain in 8 km.

At about 8 km, the route follows a dirt road for about 2 km, though some farms and schools, before joining Lema Road, and the long downhill back to the stadium.

Note – there are water points – some with Coke – and sponge points amply supplied along this route.

FUN RUN
Will be approximately 5km in length. The 5km race is not timed. 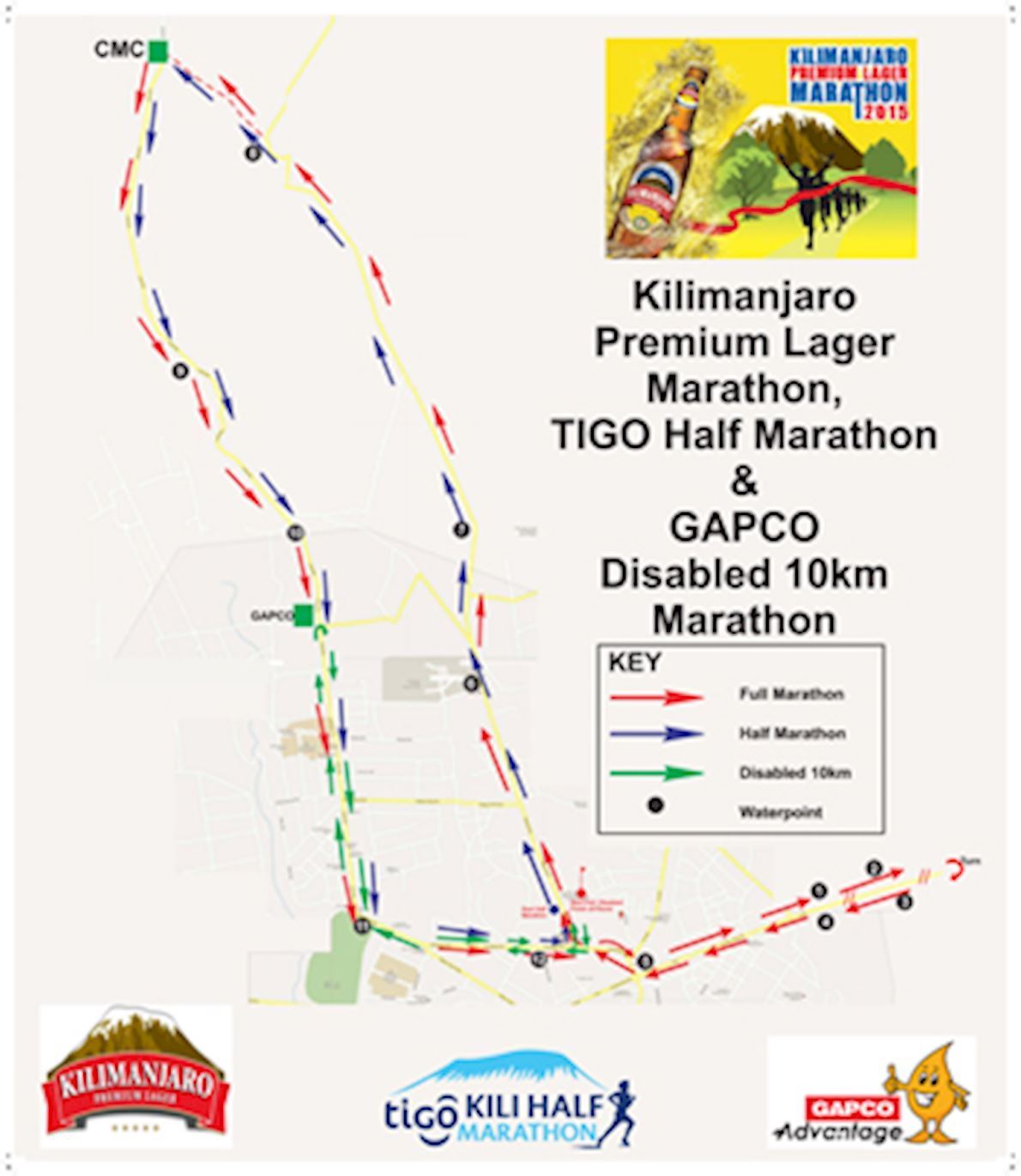