Our USATF certified course starts at Battery Park, overlooking Lake Champlain and the Adirondack Mountains. The opening miles are run through tree-lined residential streets and Burlington’s pedestrian Marketplace where an enthusiastic crowd of spectators will inspire you. At mile 3.7 you begin a 4.5 mile out and back section on the Northern Connector, a divided highway which is closed to traffic only once a year – for your race. On the Northern Connector, enjoy beautiful views of the Green Mountains and get a chance to see the leaders and your friends as you cross paths. At mile 8.2, return to city streets for a second pass through the Marketplace and a loop of Burlington’s South End. At the half-way point of the course, enter Oakledge Park. Mile 15 brings the Assault on Battery; 6 blocks climbing Battery Street. You’ll see musicians and throngs of spectators to inspire you up the hill. The next 6.5 miles take you out North Avenue on gently rolling terrain through many shaded neighborhoods. A steep downhill at mile 21.5 brings you to the Burlington Bikepath, which provides beautiful lake views and flat to slightly downhill terrain over the last 4.5 miles. Your finish and all post-race festivities occur in Waterfront Park where you’ll be greeted by thousands of cheering spectators.
Leer más Mostrar menos 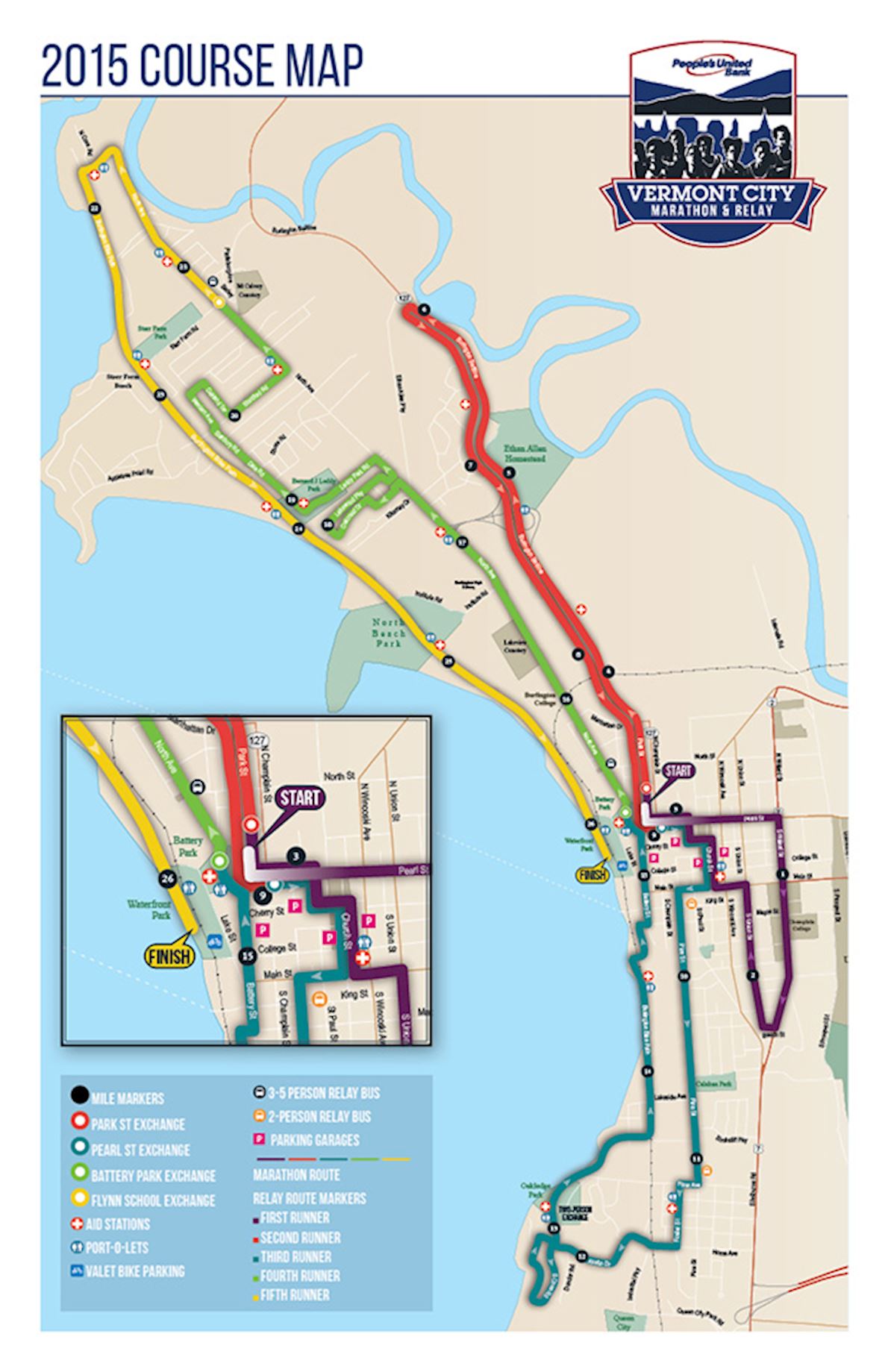