See other Marathons in mayo 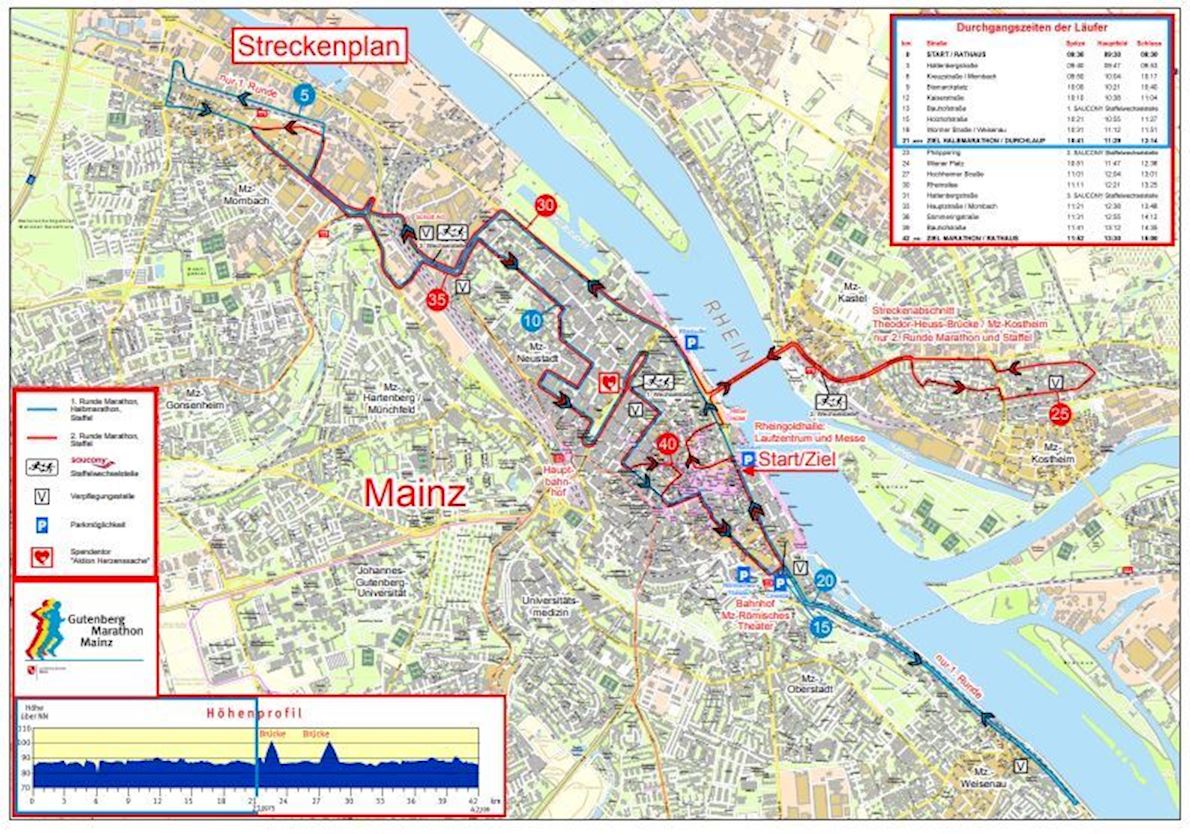 Located on the bank of the River Rhine the Gutenberg Marathon has a very scenic route. The race starts and finishes at the Town Hall or 'Rathaus'. Runners navigate around two loops of the town with the option of dropping out after the first loop, completing the half marathon race. There are many sites along the way include the impressive Mainzer Dom (Mainz Cathedral).

The Gutenberg Marathon is a Marathon in Mainz , which takes place in May since 2000. The run was the 600th birthday of Johannes Gutenberg launched by the Office of Public Relations of the City of Mainz.