The half marathon course will be open until 11:00 p.m., which is a 4 hour limit. We don’t currently offer an early start option for any of the distances.

There will be food such as bananas, bagels, pretzels, and similar items at the finish line. 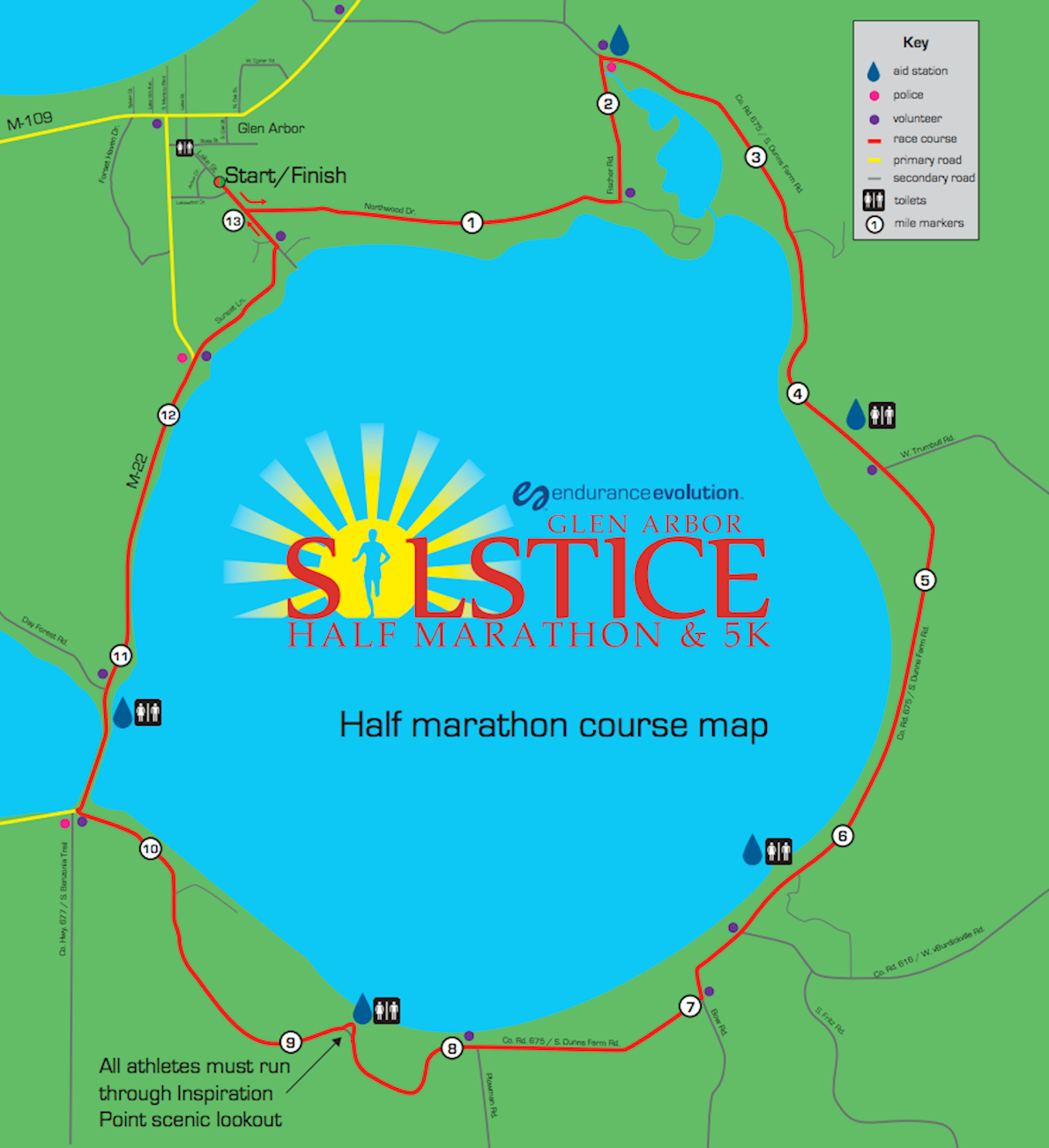 Downtown Glen Arbor, at the intersection of South Lake Street and Lakewood Drive.