See other Marathons in abril

The marathon course has 18 water stations, staggered approximately every 2 miles. Water and Gatorade (Lemon/Lime) is served at every water station. Clif Shot Energy Gel is available for participants at mile 9 and 19.5 (Flavors: Vanilla, Mocha, Raspberry, Citrus). Bananas are available at miles 7.5, 13 and 23. Portable restrooms are located at the start, finish and every few miles along the course. Aid stations and American Red Cross FAST teams are located approximately every 3 miles.

All participants must be able to finish the marathon in 7 hours and the Half Marathon time limit is 3 ½ hours. In order to do so, you will need to maintain a 16 minute per mile pace or you will be asked to move to the sidewalk to enable the reopening of the streets to traffic. At that time, there will no longer be traffic protection and the water and aid stations will be shut down. There will be a course sweep to make sure that all runners and walkers are safe, as well as safety vehicles stationed at certain points of the course to transport participants back to the finish area if needed.

Your timing chip is activated once you cross the starting line. To receive accurate times be sure the bib is clearly visible from the front; unaltered (do not fold or wrinkle); pinned on all corners; not covered. 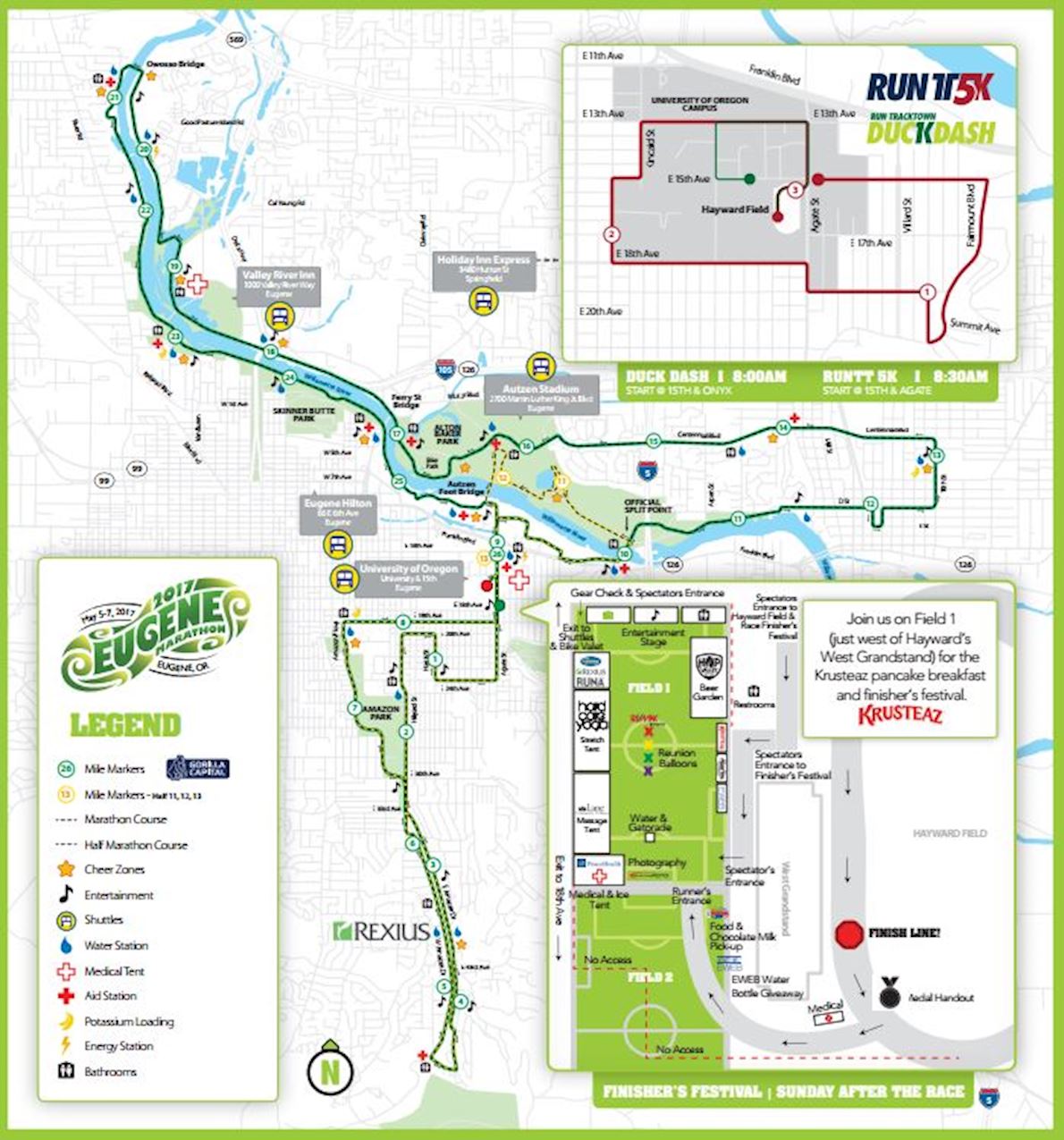 Consistently ranked in the top 15 races mostly likely to qualify for Boston by Marathon Guide, the Eugene Marathon is a beautiful, fast, certified race with amazing amenities and an unrivaled finish inside historic Hayward Field plus scenic sites along the course such as: Knickerbocker footbridge, Autzen Stadium, Owens Rose Garden just to name a few.