See other Medias Maratones in septiembre 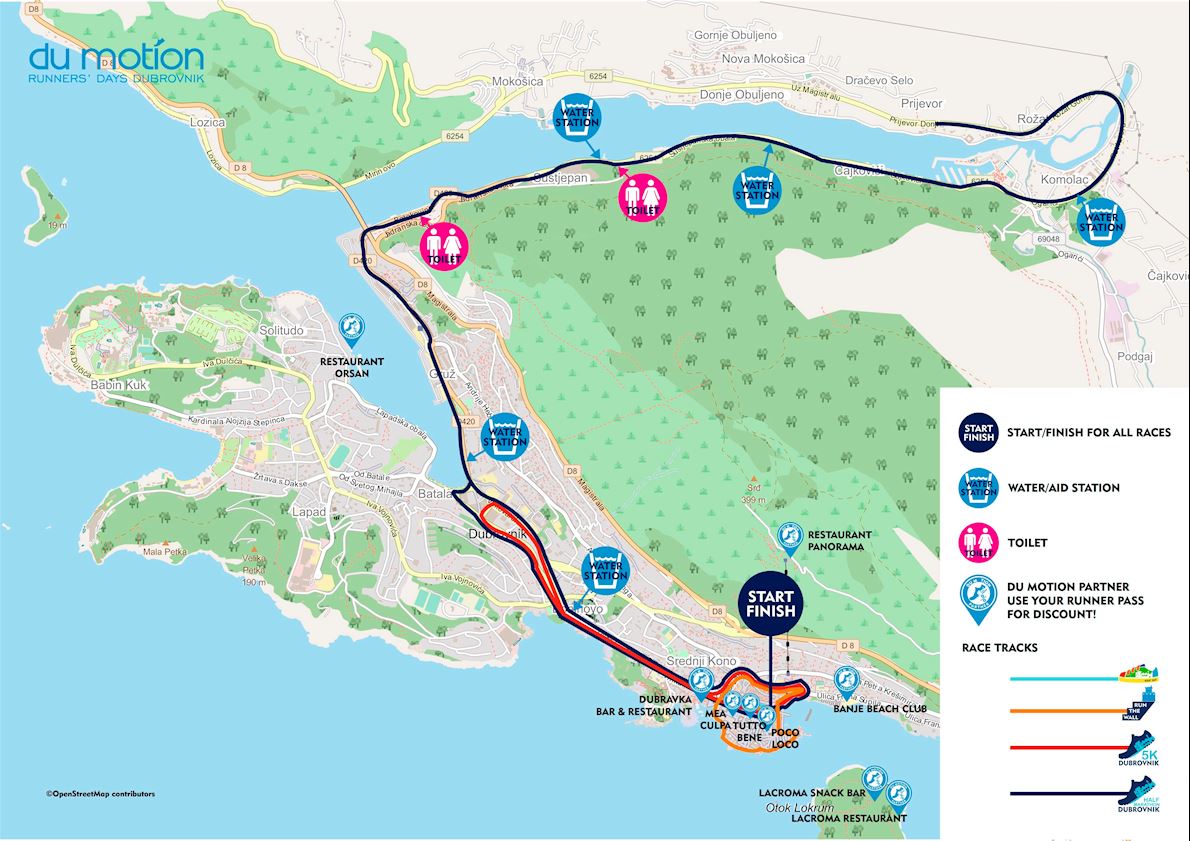 History is alive in every part of this city – as museum city and at the same time a live stage, it represents a perfect cross between the past and the present.

Every nook and cranny of this Pearl of the Adriatic, as it is known, hides a treasure. Dubrovnik is surrounded by 1940 meters of unique medieval ramparts preserved in their original form and open to visitors as the citys flagship attraction. Protected by UNESCO World Heritage status since 1979, Dubrovnik can boast one of the first such listings in Croatia.

The city is a destination of culture, as witnessed by its many festivals, prestigious art happenings, major open air events, excellent artists and athletes, and, last but not least, its architectural treasures. The variety of cultural events on offer lies at the heart of many a visitors decision to come and enjoy the unforgettable Dubrovnik evenings to the strains of virtuoso musicianship coming from the atriums of the citys palazzi all bathing in the moonlight reflected on the still, resplendent patina of the Adriatic.

Dubrovnik is easily reached from all major European cities, a destination to savour your holidays that will leave you enchanted discovering its myriad stories and once- in-a-life-time experiences, a destination to fall in love with and come again and again…