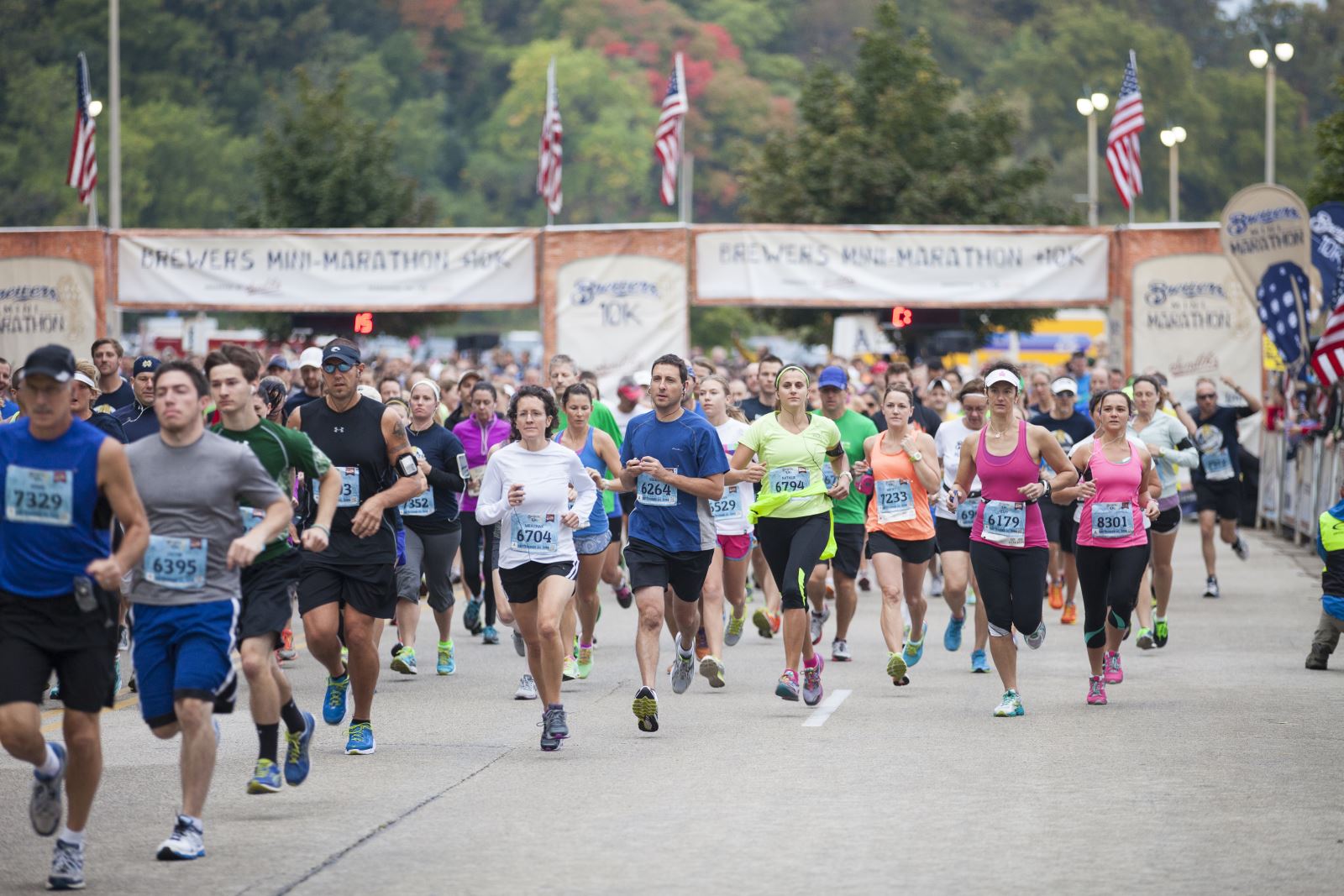 There will be 10 aid stations on the course and a station at the start and finish lines. Every aid station is equipped with plenty of water and Gatorade, Port-O-Lets, and general first aid supplies. Specific aid station locations can be seen on the Course Map.

Participants must maintain a 16-minute per mile pace or they will be asked to board the SAG bus. The race course will only be open until 10:40am. At 10:40am roads will re-open to vehicle traffic and aid stations will be closed.

Parking lots will open at 5:00 am. Race participants and their friends and families will have access to FREE parking in the following Miller Park parking lots, subject to availability: Brewers 1, Brewers 2, Braves 1, Braves 2, Cooper, Money, Molitor, Spahn, Uecker, and Yount. Due to the race route, parking will not be allowed in the Fingers, Thomas, Aaron or Miller lots. The start and finish lines will be on Frederick Miller Way adjacent to the east side of the Thomas Lot.