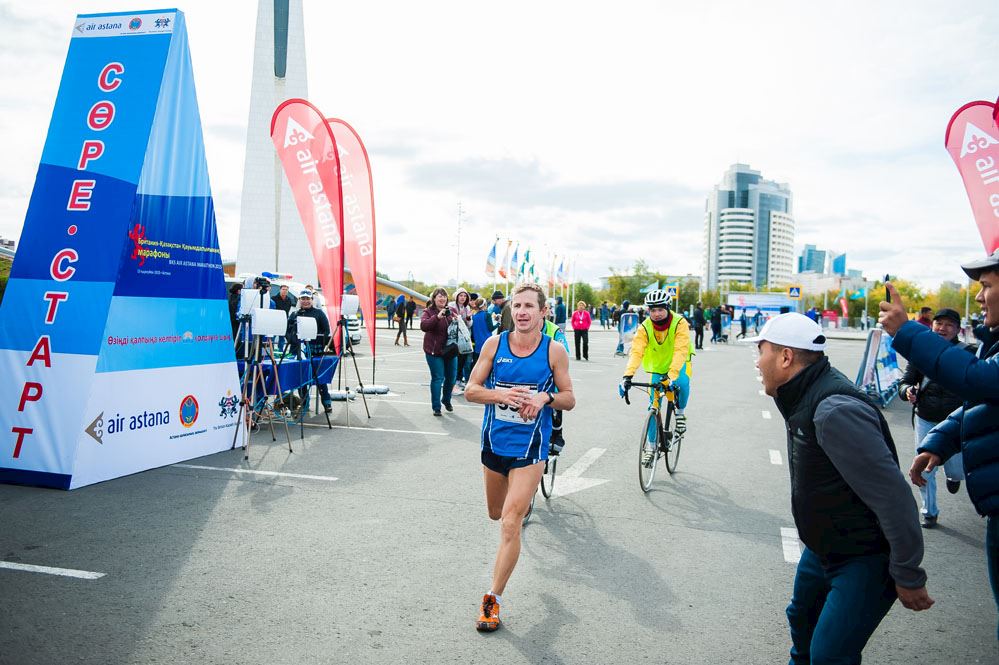 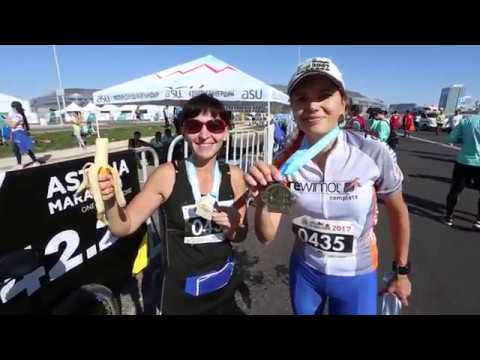 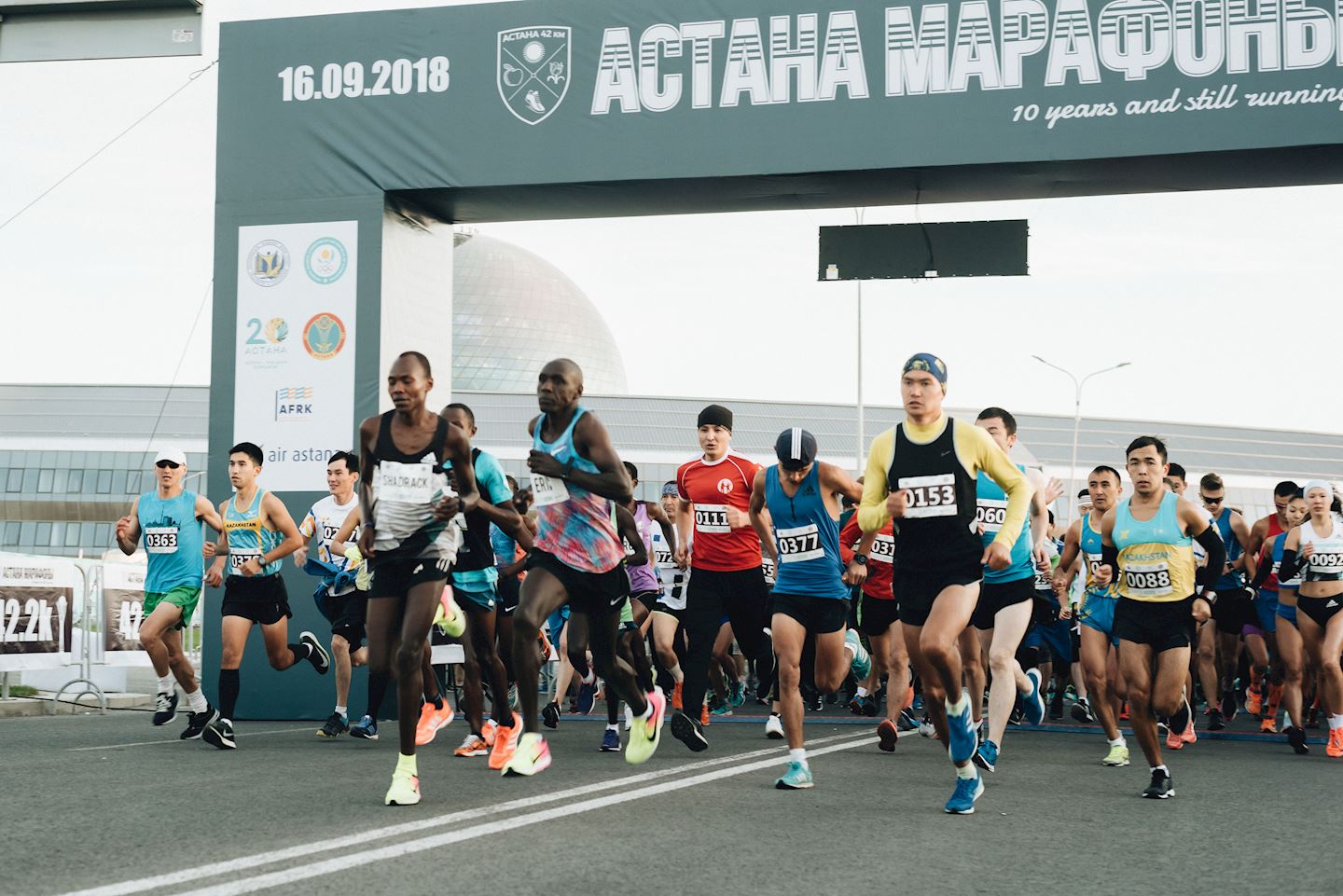 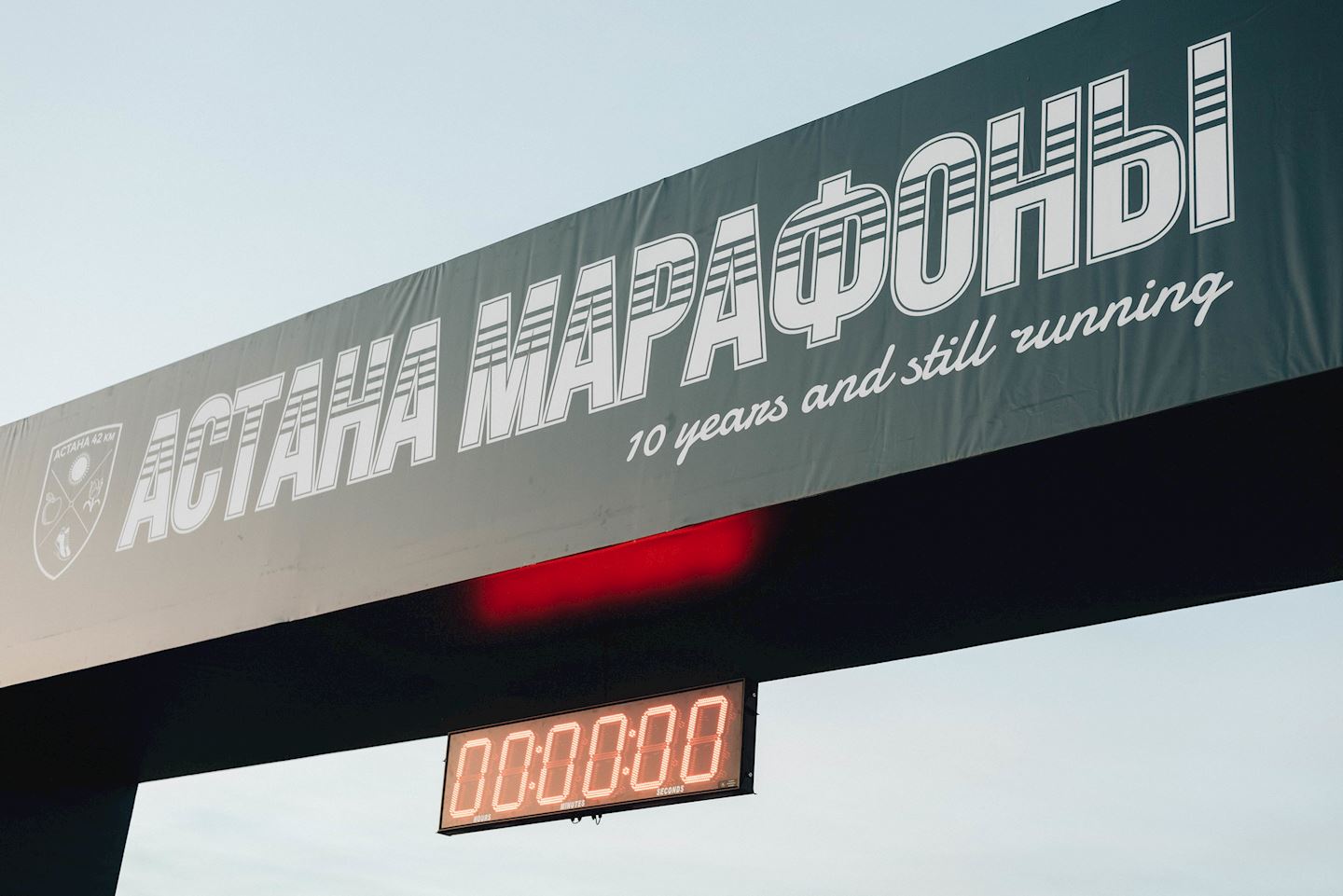 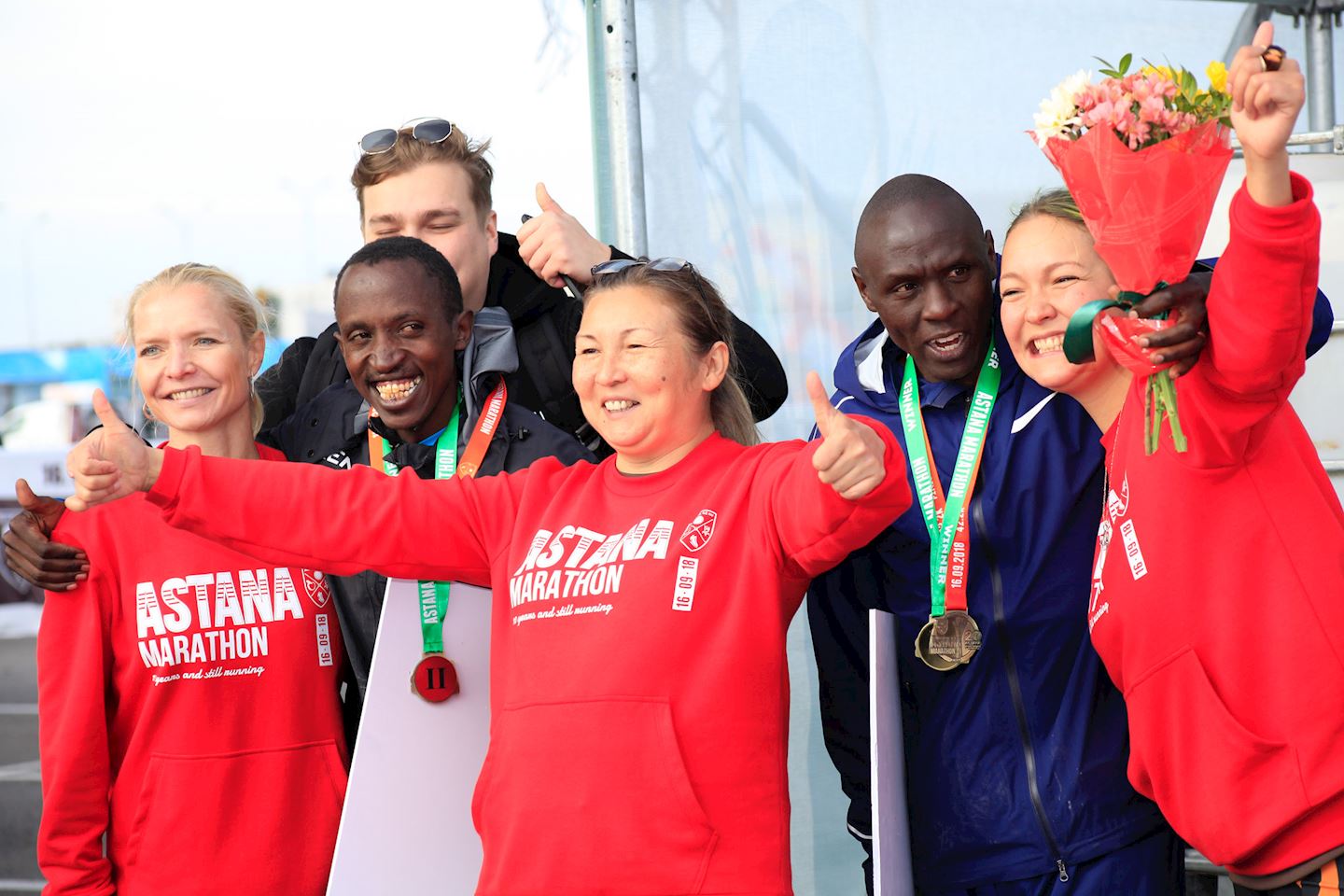 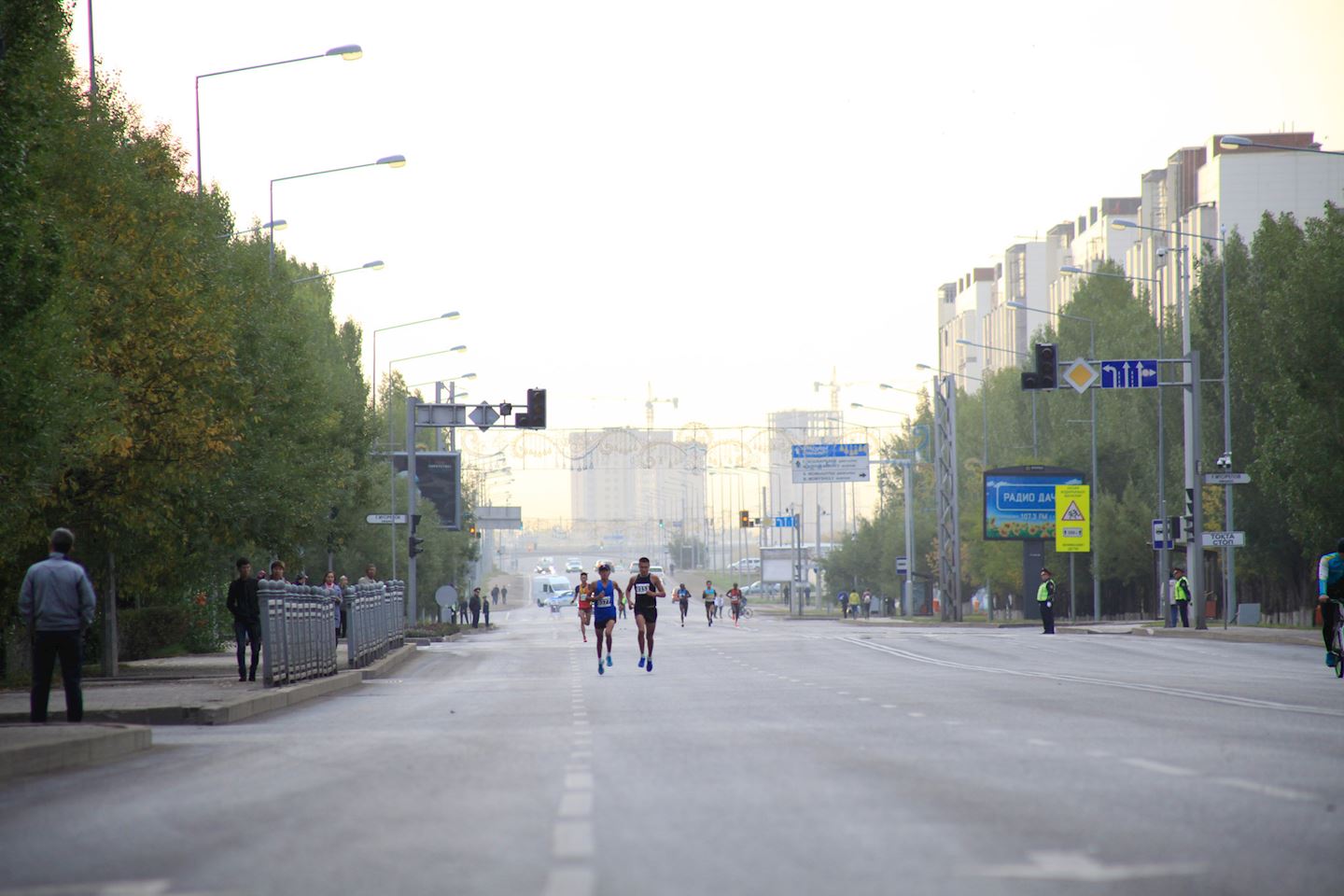 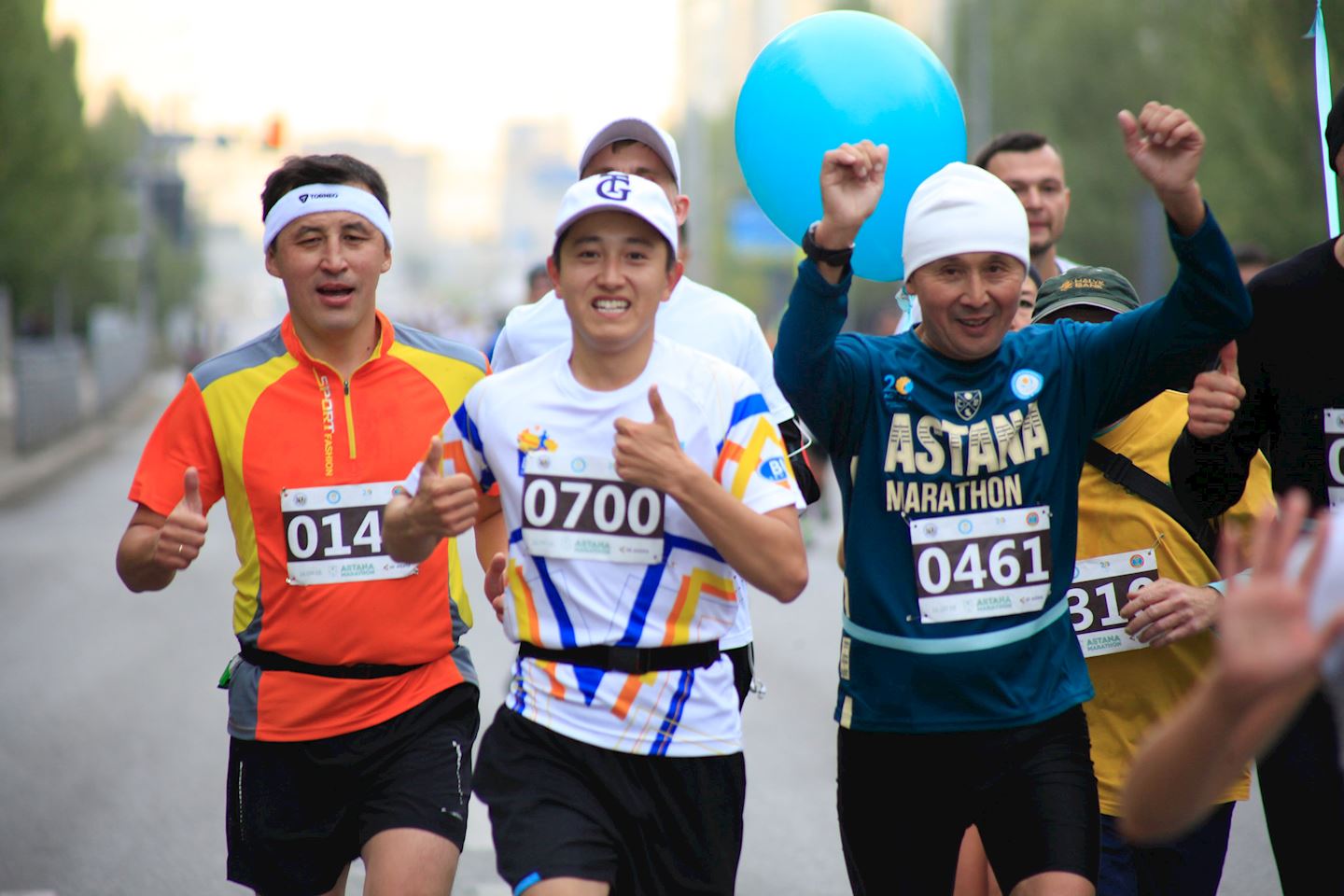 The story began back in October the 12th 2008 in London. Gauhar Bramley-Fenton (the Astana Marathon founder and Race Director) came to support the Air Astana runners, a mixability group who completed the Royal Parks Half Marathon in London. The team finished the grueling 13.1 mile course and were greeted by Gauhar and Saule Kudaibergenova (former Agip KCO employee).

The idea of organizing the Astana Marathon was born on the grass of Hyde Park over photographs and conversations. That year, a well-coordinated and ambitious group was formed with one goal in mind – Astana, the capital of Kazakhstan, deserves to host its own annual marathon. Gauhar, Saule, Janar Jailauova (Air Astana) and Gani Toxanbaev (former Credit Suisse Kazakhstan Vice President) were determined to set things in motion. On the 26th of September 2009 the very first charity run in Astana greeted athletes with kind weather and collected 972,994.00 Tenge for SOS Children’s Villages and Astana Children’s Home. 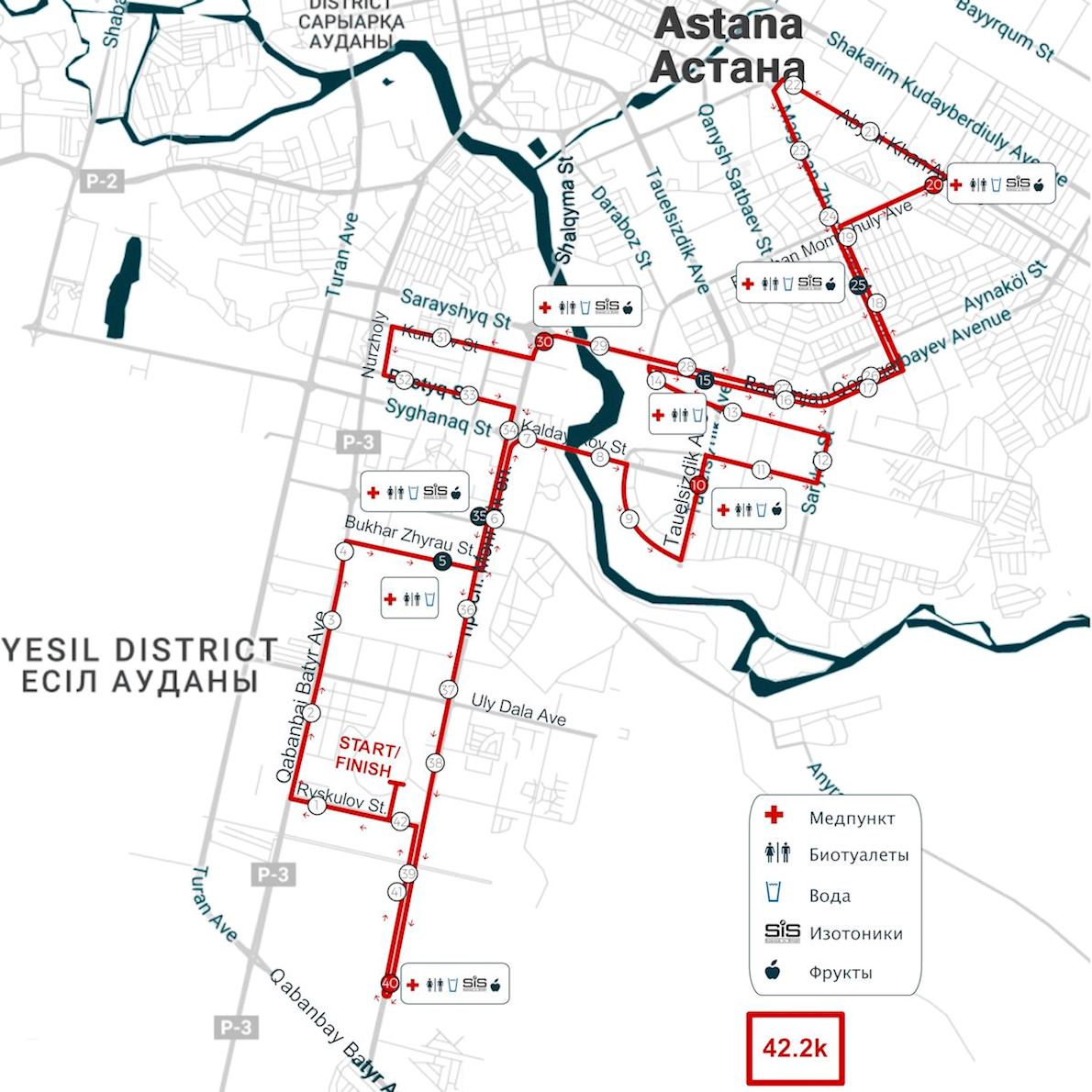