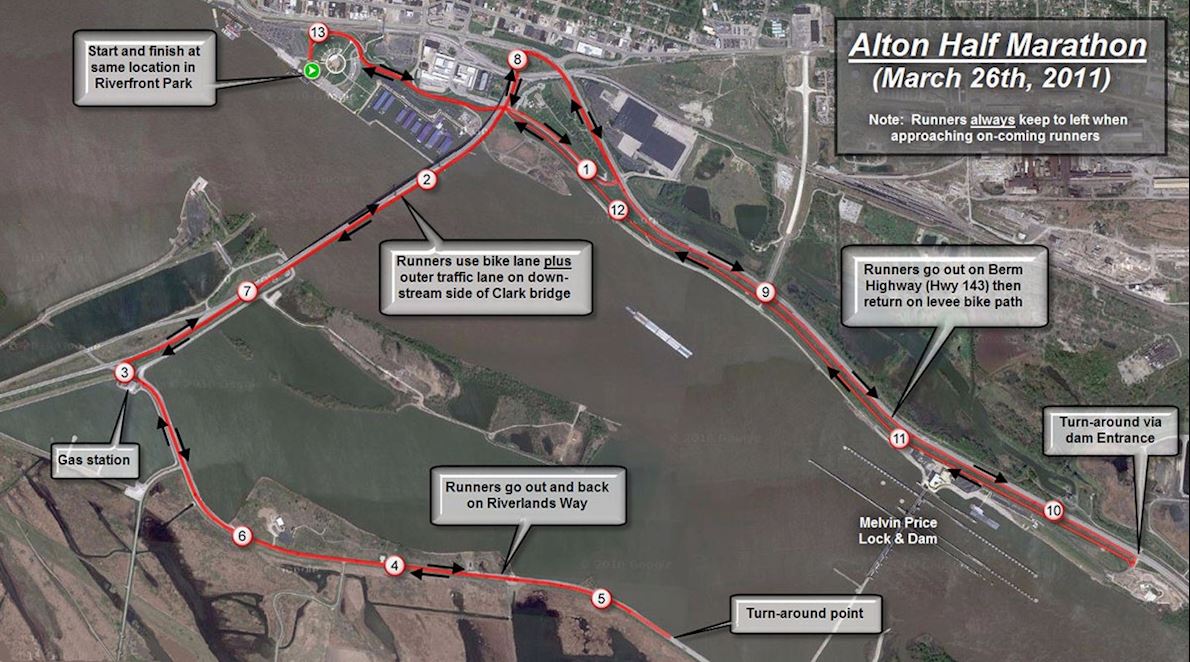 Scenic views of the mighty Mississippi river & historic areas of Alton & for the half marathoners crossing the spectacular Clark Bridge.