Marathon at the other end of the world 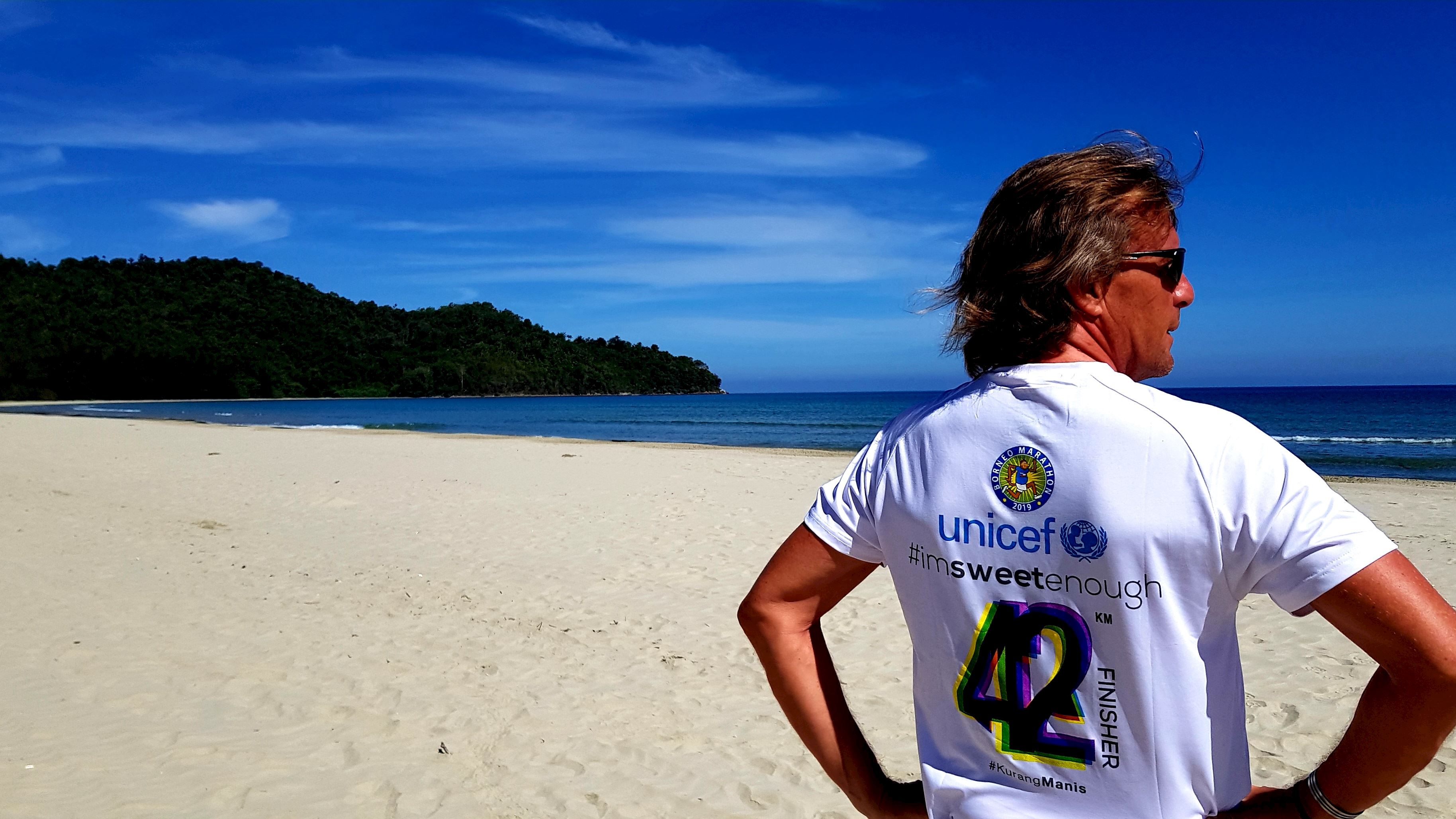 This time I am glad to have been on the way for the "good cause" in two respects, because as already for many years, I also ran in Malaysia for the Kinderhospitz Bärenherz in Wiesbaden (www.baerenherz.de) and donate traditionally again one euro per kilometer to the facility. Since the Borneo Marathon was all about "Unicef", it was a great pleasure for me to participate in the "United Nations Children's Fund".

In search of new challenges to run a marathon in extraordinary places, I quickly came to the island of Borneo through my research. I was immediately fascinated by the story of this marathon, as the proceeds of this well-organized event will be donated exclusively to "unicef" who have been working very closely with the Kinabalu Running Club for three years. In the first year we ran for the admission of children with disabilities, in the year 2018 bullying was discussed and this year we ran to promote healthy eating habits in children and adolescents. Quickly I made my decision to spend my holidays here and to participate in a marathon, which is held in the service of a good cause.

Since the island is at a temperature between 30 and 35 degrees Celsius almost all year round and the humidity is almost 100%, the Borneo Marathon started on Sunday, 28.04. at 3:00 in the night. However, it was "not really cooler" than it was during the day, yet it has been more bearable in the dark than running under the hot sun. After the start, in front of the stadium in the sports complex "Likas Sport Complex", we first went for a big round through Kota Kinabalu, the capital of the Sabah region. The high humidity made it impossible for me to walk with glasses, because it was "beaten" so to speak and could only have guessed, where the road leads me, as many areas outside the city have been completely unlit. The city we left after about 11 km and now had to cope with a 10-kilometer section north of the island.

Contrary to my expectations, I felt relatively well and had no major problems with the high temperatures, as well as the very good food along the way, helped to provide sufficient water and isotonic drinks again and again. After the half-marathon distance, the course then led us to the west, before it went after 2 km back towards Kota Kinabalu. Unfortunately not directly, because at kilometer 30 we had to do one more lap on the grounds of the Malaysian University of Sabah. Here, the Marathonis once again demanded everything, because the approximately 5-kilometer section was characterized by many altimeters, which most runners were forced to manage only "walking". To make matters worse, that from now on, the half marathoners and 10 kilometers of starters / inside pursued the same course to the finish, the start because of the shorter distances was only at 5 or 6 clock. In the last few kilometers, about 11,000 participants, of all categories, were heading for the finish line. The now risen sun, motivated then, despite the ever-increasing temperatures, to activate my last reserves.

After 4:32:45 am I was very happy, crossed the finish line in the stadium and was very happy about 218th out of about 2000 marathon participants (out of 52 nations) and 14th in my age group (M55). Great impressions, exemplary organization and the fact that I have run for the "good cause" in two respects make the Borneo Marathon a very special event for me, which I will remember very well, the marathon at the other end of the World...