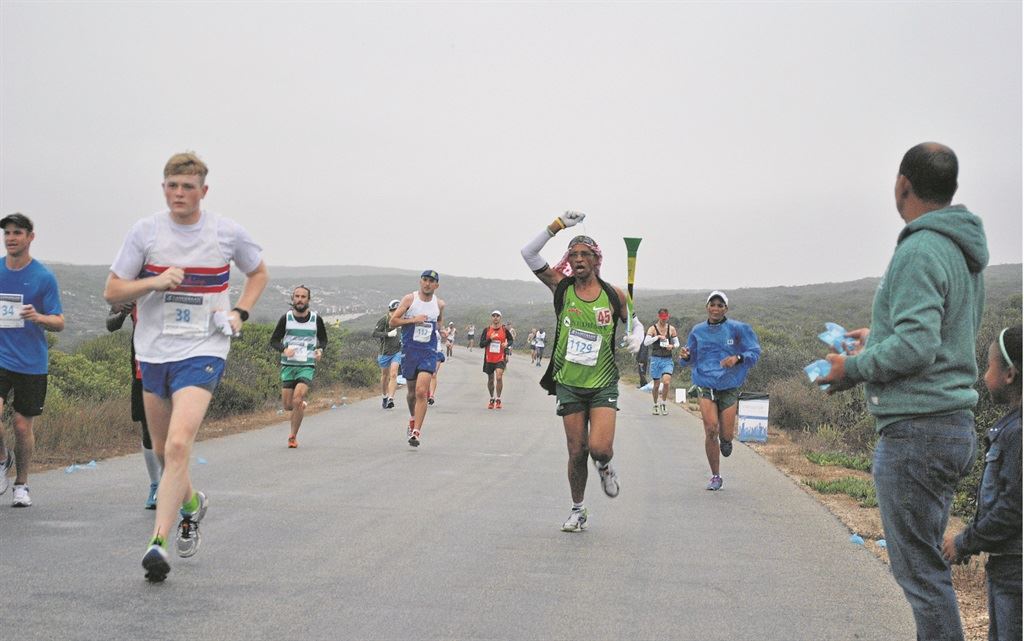 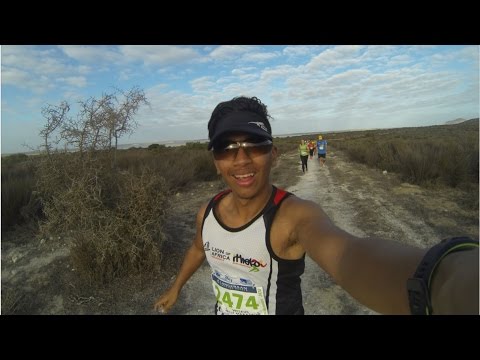 The Weskus Marathon is run on an undulating route, mainly through the West Coast National Park, Half Marathon 30% off-road, next to the Langebaan Lagoon.

This year promises to be even bigger and better than before. The event consists of a 42.2km full marathon, a 21.1km half marathon, a 10km and a 5km fun run/walk.

The full marathon is a one of a kind race in South Africa with 20 buses taking 1200 athletes early in the morning from Langebaan Country Estate (LCE) all the way around the Langebaan Lagoon to the starting point at Tzaarsbank on the beach at the Atlantic Coast side. The participants run back to Langebaan through the Park and finish at LCE. The beauty of this race is that no cars are allowed during the race inside the West Coast National Park and runners can enjoy the beauty of the West Coast fynbos, the sea and the lagoon while they tackle the undulating route and close to the end the scary Black Mamba Hill before they finish on the green lawn of the golf driving range.

This year the start of the 21.1km, 10km and 5km have changed slightly to start closer to the finish line. The 21.1km route takes the runners via a beautiful part of Langebaan towards the Park, take a circular route inside the Park and then via the Black Mamba Hill on their way back to LCE.

The 10km route has also changed; participants are no longer going to run under the underpass at Langebaan Country Estate. Both the 10km and 5km routes are within the beautiful Langebaan Country Estate, with all four races finishing on the driving range, where a festive atmosphere will await the finishers with lots of food stalls, beer tent, refreshments, a marquee tent and much, much more. Media sponsor, HeartFM, will be providing the entertainment and broadcasting from the event.

The marathon and half marathon are pre-entry races only with entries closing on 14 April. The 42.2km, 21.1km, and now the 10km as well, are also Racetec Chip timed races and all participants should wear a chip to obtain an official finish time.

The marathon starts at 07:00, but all participants should be at the registration area by no later 05:45, when the last of 20 buses will leave for the starting point at Tzaarsbank inside the Park. The buses have to drive 45km to the start at a speed not exceeding 50km/hr through town and the Park. The half marathon starts at 07:15, the 10km at 07:30 and the 5km fun run/walk at 08:30. 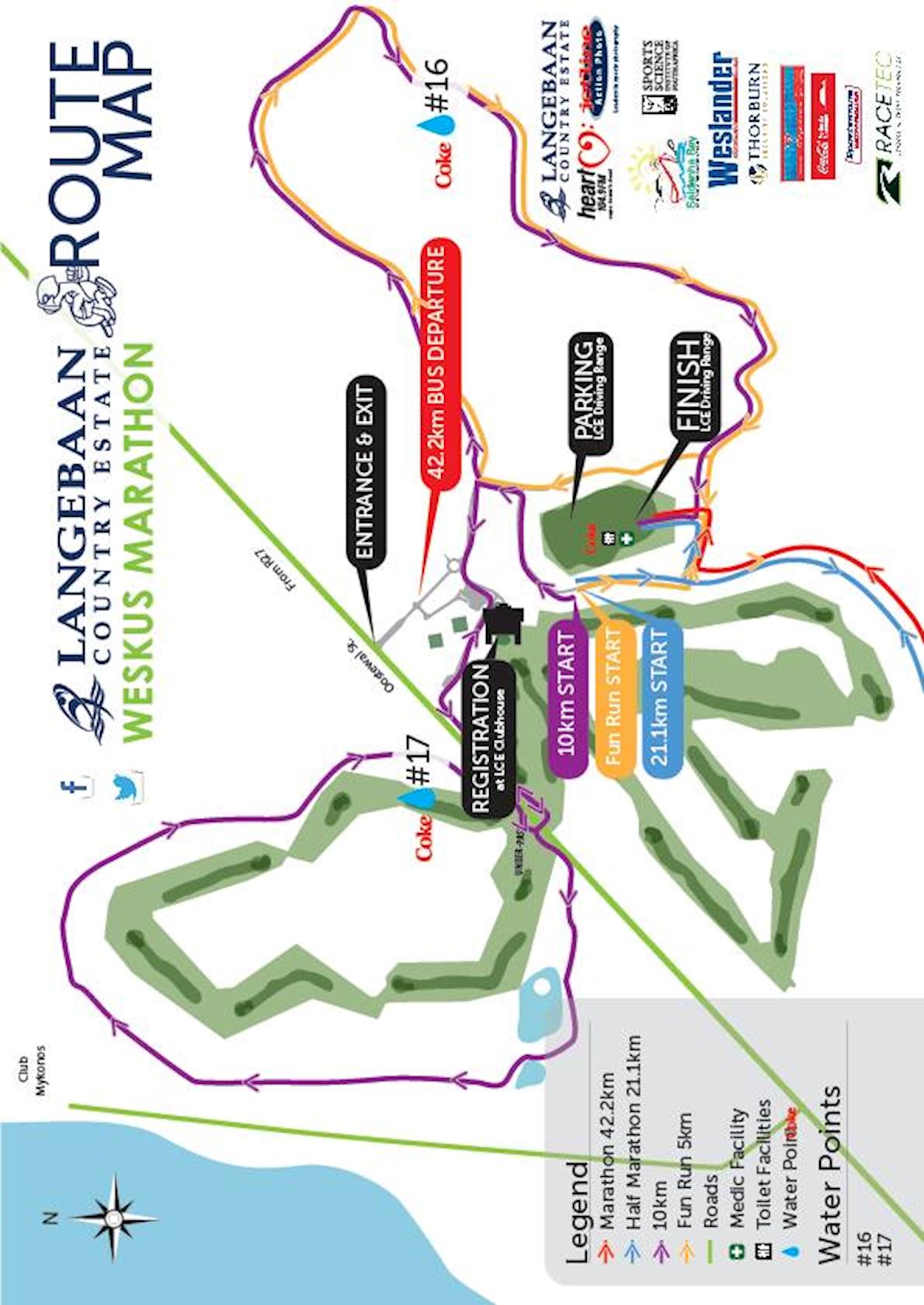