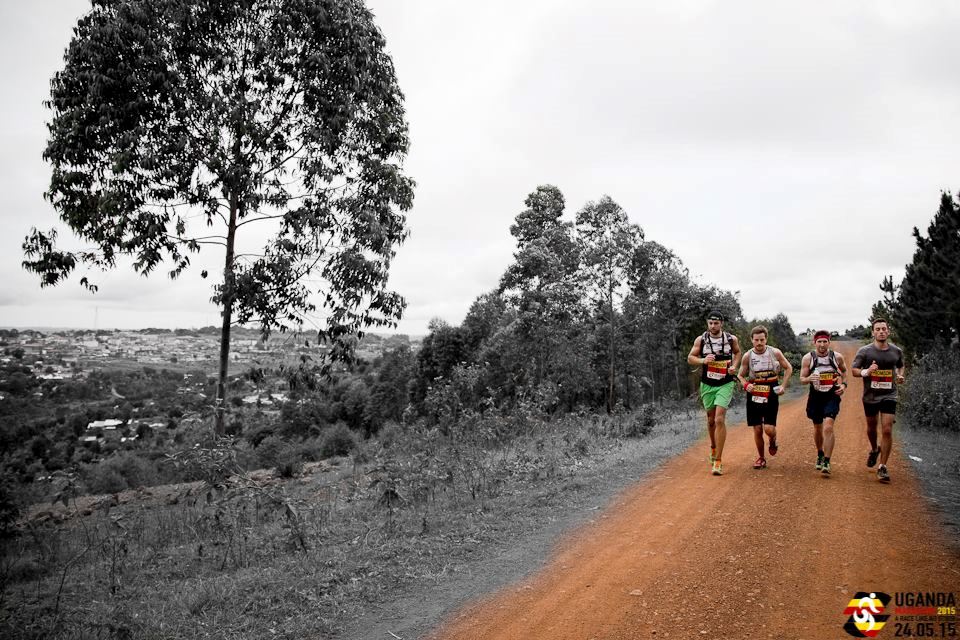 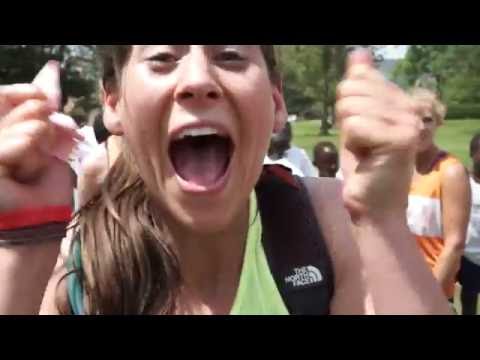 A 10KM, 21KM OR 42KM RACE TO CHANGE & SAVE LIVES. THROUGH THE MOST AMAZING SCENERY AFRICA HAS TO OFFER!

The Uganda International Marathon is a 7-day adventure in rural Uganda. Explore an incredible community in East Africa. Visit, connect with, and support grassroots projects lead by local organizations and making a powerful impact on the community. Organise a sports day for local disadvantaged kids and run with Uganda in the biggest international race in East Africa.

The Uganda International Marathon was the brainchild of Henry, Nick and Moses – three people working together to improve the lives of the vulnerable in the Masaka region of Uganda.

They wanted to create a way to show people from all over the world the beauty of Uganda, the fantastic warm, friendly welcome of its inhabitants and the amazing story of hope and promise in the country.

Since the inaugural race in May 2015, the Marathon has become the largest public fundraiser in Ugandan history and the premier race in East Africa. We have gained the full support of the Ugandan government, several large charities and NGOs working in the country, hundreds of runners and adventurers and – most importantly – the local community of Masaka.

Over the years, the marathon has attracted thousands of runners to Masaka, to try their hand at the course. The total money raised for charity by the event is well over Two Billion Shillings.. $750,000.

You will cross the start line at the convivial Liberation Square with plenty of whooping & cheering! Our 21k and 42k runners head out in the same direction, north of Masaka town. From there you will pass a bustling village called Ssaza and then up along a path to another village called Ndegeya (host to the Athletes’ Village). You’ll pass Bugabira (a school which the marathon is supporting) and likely by this point be joined by local children, running barefoot! You’ll then loop back through more villages with plenty of cheering, until you reach Masaka town again.

From there you’ll defeat The Beast (quite a hill!) and head up onto Pine Ridge, where you will be rewarded with unsurpassable views over rural Uganda. You’ll finish the 21k loop by running down a welcome, gentle slope, all the way back into town. As the volume levels rise you’ll finish back where you started, at Liberation Square! Half marathon runners can rest and celebrate, while another loop for the full marathon runners awaits.

10K runners will start shortly after their counterparts, and follow the second half of the course. You will take on The Beast, gorge on all the views from Pine Ridge, and be cheered on by locals through Masaka town. 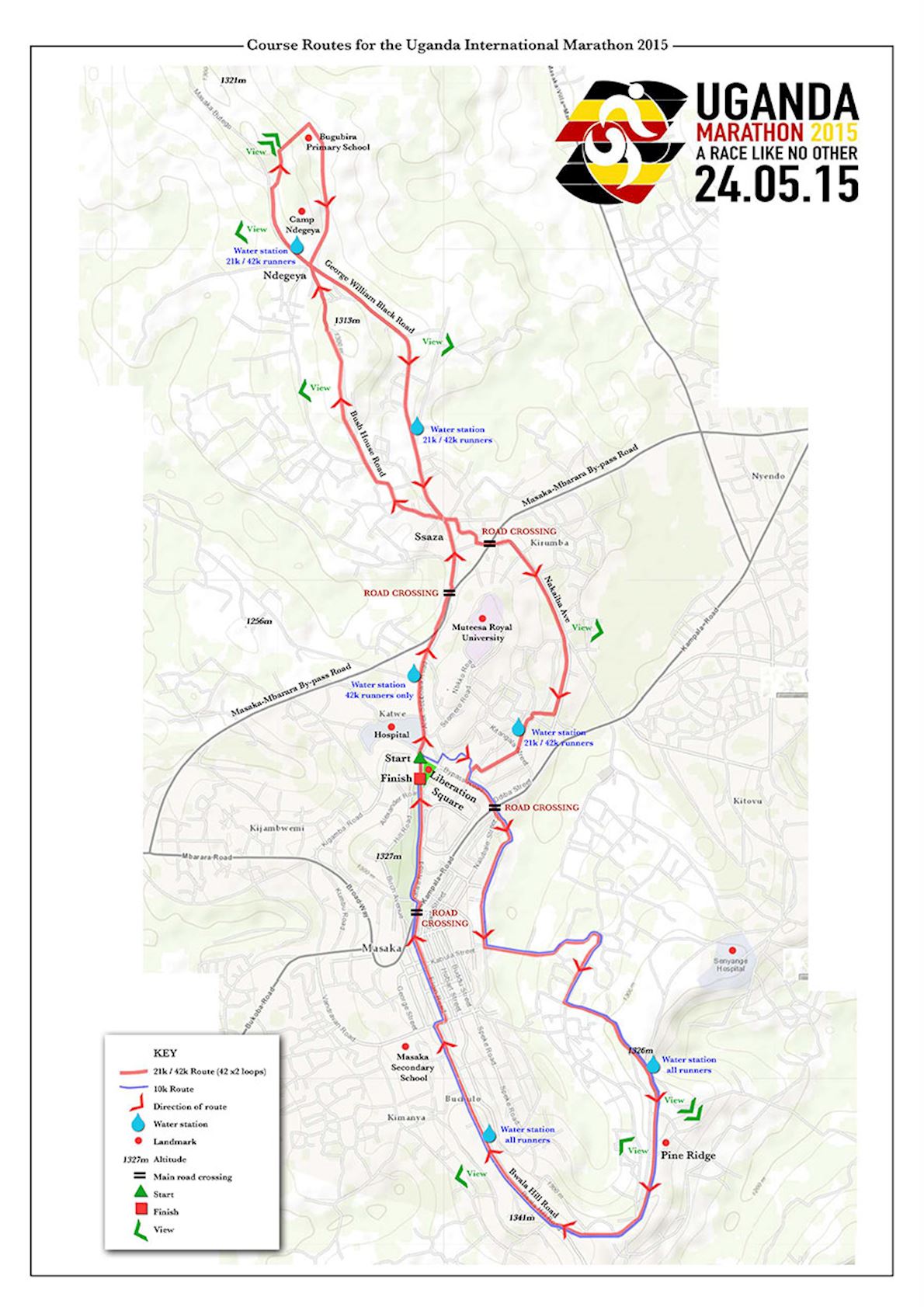 We have plenty of water stations around the entire course. It may be a good idea to bring along a hydration pack (think Camelbak or similar, cheaper alternatives) to ensure you stay hydrated throughout. If you do, test it out before the day to make sure it’s comfortable and doesn’t bounce around or rub (imagine a chafing bag strap at mile 15!). We strongly recommend bringing plenty of re-hydration salts with you to take the day before and the day of the race. The 10k course has 2 water stations, the 21k has 5 and the 42k has 11, you can see the water stations clearly marked on the map. There is also a bottle for each runner at the finish line. Water is provided in plastic bottles for easy drinking and bottles will be collected during and after the race by an organisation working with street children to raise money through recycling.

We will give each marathon runner 9 hours to complete the course. This equates to running at 20 minutes per mile – a slow walk. At this time we will collect any runners who are still out on the course and bring them back to HQ.