See other Ultra Marathons in Oktober

RANSJEJU is the biggest ultra distance trail event on the volcanic island Jeju, South Korea. Participants will run through the Hallasan National Park (UNESCO World Heritage), which is extremely diverse: at various altitudes there are more than 1,800 species of subtropical, temperate and subarctic plants flourishing on the Halla volcano (the highest mountain in South Korea) that change distinctly with four seasons, offering runners ever-changing scenery. Surrounding the mountain’s peak is the world’s largest forest of Abies Koreana, which have become popular today as Christmas trees. This ultra offers majestic views, including the crater lake called Baekrokdam and Youngsil Giam, a cliff composed of weird-shaped rocks.

Trans Jeju will be held on 56km, 111km races and this is the longest trail running course in Korea with roughly 1,000 competitors from more than 30 countries who have participated in this race. Come and join us for Trans Jeju in October.

There will be 8 refreshment points (see locations on map below) with drinking water, electrolytes, cold and hot food. First Aid will be present at all check points and at the finish.

The maximum time allowed to complete the 111km is 30 hours. 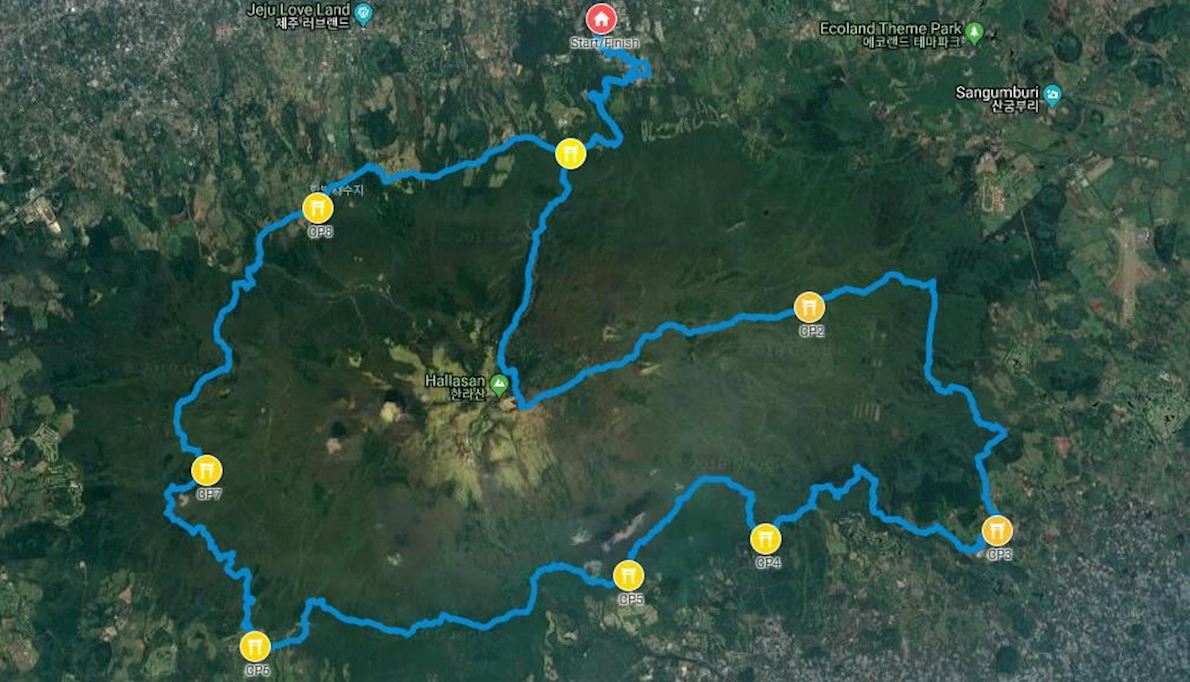 The 111km Transjeju covers the most scenic trails of the Hallasan National Park on Jeju Island, for a cumulative elevation gain of 4,200 meters. This is a challenging trail run which requires adequate training to complete the full route within 30 hours. The route includes the steep climb of the Hallasan volcano (1,950m) with a breathtaking view of the crater.

The 56km TransJeju covers the scenic trails of the Hallasan National Park on Jeju Island, for a cumulative elevation gain of 2,500 meters. This is a challenging trail run which includes the 1,950m ascent of the Hallasan volcano.

The 10-km course of Transjeju traverses Seogwiposi Gasiri village on Jeju Island, for a cumulative elevation gain of 300 meters. Gasiri village possesses the most beautiful trail running terrain in Korea. Visitors experience Jeju Island's Oreum, farm and grassland. Gammajang path, one of the village's must-see attractions, offers a wonderful introduction to the beautiful scenery of Jeju Island and its surroundings.