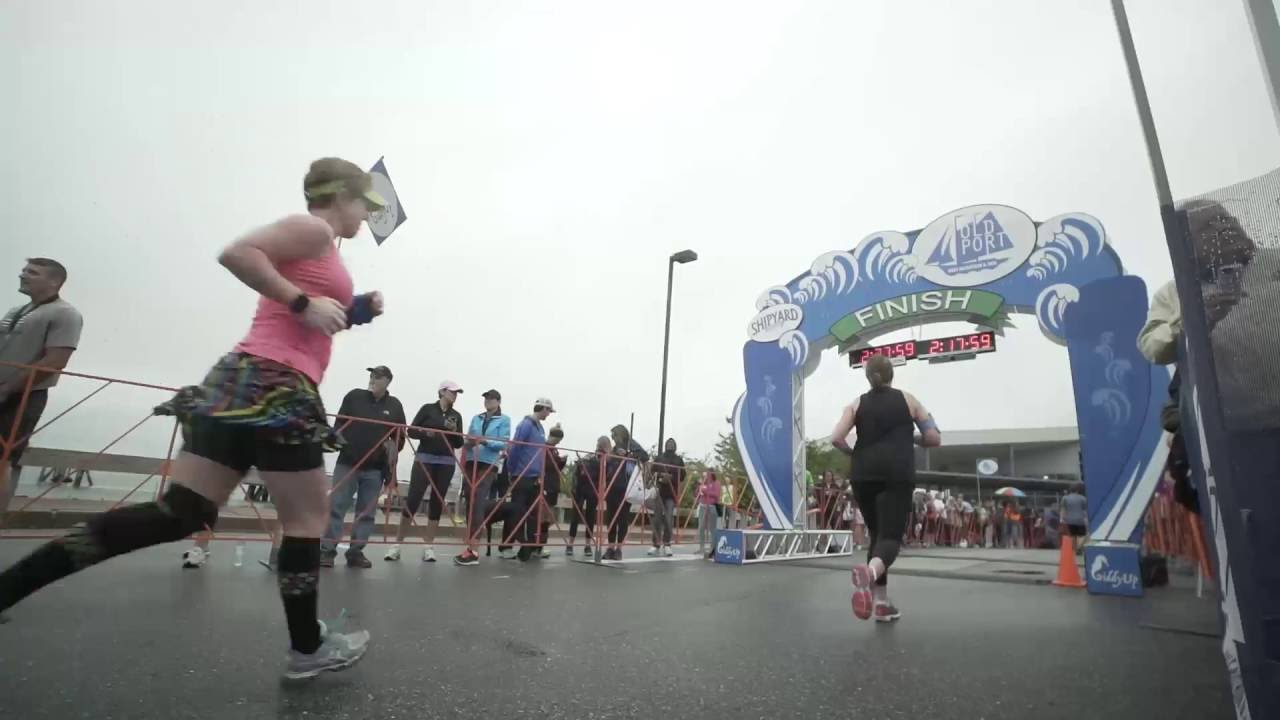 The Shipyard Old Port Half Marathon & 5k is Portland’s premier summertime running event that cuts through the heart of the Old Port district and West End neighborhood and features sweeping views of the Casco Bay its many islands, ferries, sailboats, lobster boats, tug boats, and paddlers, the Presumpscot River, the City of Portland skyline, and the Back Cove. The event is hosted from Portland’s Ocean Gateway Terminal, a busy facility on the waterfront with daily ferry service to Canada.

We know that there is an ever-growing list of choices for runners. There are plenty of half marathons, marathons and other road races along with adventure races, obstacle races and more.  We want to make your experience at our races the best that it can be.  We have surveyed thousands of runners over the past  five years to find out what you want and don’t want at an event.  Based on those answers, we don’t include a shirt with the registration cost, but we do include race photos, a mobile app, two complimentary Shipyard beers and more.  We work to improve the experience for you every year at each of our events.

The start of the half marathon and the finish lines for both the half marathon and 5k races will be located at Ocean Gateway Terminal area. The start of the 5k is 1 mile away on Cutter St. The finish line for both races is at the Ocean Gateway. As soon as runners leave the Ocean Gateway Terminal they will turn left and then run down the westbound lane of Commercial St, that is closed to traffic.  This westbound lane closure is new for 2016.  For the past three years, the runners traveled in a narrower lane in the center of the street.  Commercial St is the lifeblood of the Old Port district and one of the event’s defining landmarks. Portland’s working waterfront will appear on one side and the leading edge of the Old Port’s businesses will appear on the other. At a point near the start the course turns away and passes by the Shipyard brewery – the title sponsor of the event. The last hill of significance begins on Fore St near the brewery (Mile 5.7) and ascends 90 ft. over a ½ mile stretch to the top of Munjoy Hill (a.k.a. Mount Joy). While running along the shaded Eastern Promenade runners will be treated to sweeping views of the Casco Bay including many islands, ferries, sailboats, lobster boats, and paddlers. For the most part the course is flat because it hugs the coastline. Approximately 90% of the time runners will be looking at water. The first half of the course, which ends at the bottom of Eastern Promenade, is held on roads and the last half on park land via walkways including the Eastern Prom and Back Cove trails. These wide and level walkways are either paved or cinder track. While the second half of the course is flat as a pancake and has the best waterfront views it is also more exposed to the rising sun. This is when the temperature and humidity will start to climb and runners will need to take-in more fluids. In order for the half marathon course to be certified by USATF a short out-and-back section with a turn-around point was added between Mile 11 and the Aid Station at Mile 11.5. Runners will run to the right of a line of orange cones, turn-around, and run to the right of the same cones on the way back. On the final 2-mile stretch along the Eastern Prom trail runners will pass by the old Grand Trunk Railroad swing trestle bridge, stuck in the open position since a fire in 1984. Runners will probably hold their breath for a moment as they pass by a sewage treatment plant. While stinky there’s a long concrete wall along the trail that features some of the city’s best urban art – a sanctioned area where graffiti artists can go wild. The race finishes at the Ocean Gateway Terminal in front of the ultra-modern Visitor’s Center building.
Mehr lesen Weniger anzeigen